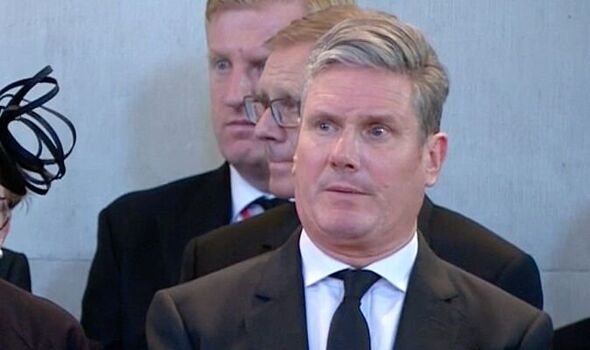 The Holborn and St Pancras MP appeared to take a huge gulp as he attempted to contain his feelings inside Westminster Hall.

They received the coffin of the Queen in the oldest part of Parliament after she was carried by a gun carriage from Buckingham Palace.

Tens of thousands of people had lined the streets of the capital in order to pay their respects on the journey to the oldest part of Parliament.

Ms Truss and Sir Keir were among a number of members of the Privy Council of advisors to the monarch to attend the procession.

While the Prime Minister cut a solemn figure, her Labour counterpart appeared overwhelmed with the emotion of the occasion.

His eyes seemed to water as he watched on.