WASHINGTON (Reuters) – Bernie Sanders plans to “assess his campaign” for the Democratic Party’s U.S. presidential nomination after bruising losses to Joe Biden in the most recent round of primary elections, a senior adviser said on Wednesday.

“The next primary contest is at least three weeks away. Sen. Sanders is going to be having conversations with supporters to assess his campaign,” his campaign manager, Faiz Shakir, said in a statement.

“In the immediate term, however, he is focused on the government response to the coronavirus outbreak and ensuring that we take care of working people and the most vulnerable,” Shakir said.

Former Vice President Biden has emerged as the party’s front-runner to take on Republican President Donald Trump in November’s general election after a string of victories, including a sweep on Tuesday of two prize states – Florida and Illinois – and Arizona. Another big state, Ohio, had also been slated to hold its primary on Tuesday, but state officials postponed it due to the coronavirus crisis.

Biden’s latest wins have given him a nearly insurmountable lead over Sanders of 971 to 737 delegates, according to Edison Research. A candidate needs 1,991 delegates to clinch the nomination at July’s Democratic National Convention.

In remarks Tuesday night from his home in Delaware after being declared the winner in Florida and Illinois, Biden appealed to Sanders’ base of young supporters, saying the two candidates disagree on tactics but shared a common commitment to guaranteeing affordable healthcare, reducing income inequality and tackling climate change.

“Senator Sanders and his supporters have brought remarkable passion and tenacity to these issues, and together, they have shifted the fundamental conversation in the country,” Biden said. 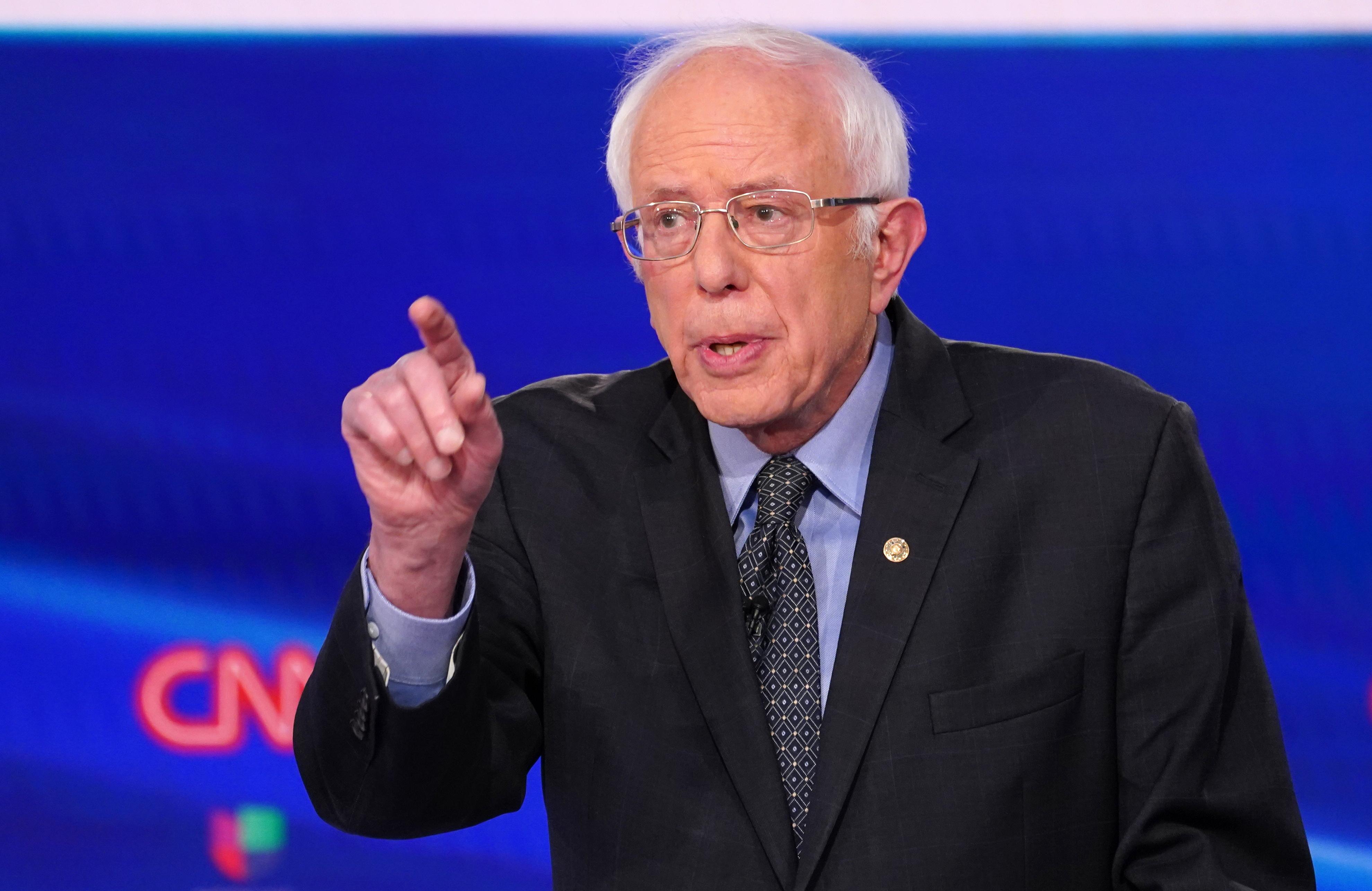 “And let me say, especially to the young voters who have been inspired by Senator Sanders: I hear you. I know what is at stake. And I know what we have to do.”

Sanders has faced increasing pressure to drop out and avoid a bruising primary battle similar to the one he and eventual nominee Hillary Clinton staged in 2016. But some allies have urged him to campaign through the primaries, even if he can’t win, to give him more leverage to influence the party’s platform at the convention.

Less than four weeks ago, Sanders, a liberal senator from Vermont whose sweeping agenda would reshape the American economy, seemed to have the inside track on the nomination after the first three state contests, including a dominating performance in Nevada’s caucuses.

Biden’s campaign, meanwhile, was on life support following underwhelming finishes in the early voting states of Iowa and New Hampshire, as centrist voters split their support among several rivals.

But Biden’s commanding win in South Carolina on Feb. 29, powered by African-American voters, pushed other candidates, such as Senator Amy Klobuchar of Minnesota and former South Bend, Indiana, Mayor Pete Buttigieg, to drop out and endorse him. Since then, Biden’s momentum has only accelerated.

Sanders, 78, has struggled to expand his coalition of supporters, while his vow to increase turnout among infrequent voters has thus far not been realized.

Young voters might be his biggest challenge of all. Voters between the ages of 18 and 44 were the only major demographic to stick with Sanders on Tuesday, Edison Research polls showed.

The Democratic nominating campaign begins an extended hiatus on Wednesday, after concerns about the coronavirus outbreak prompted several states to postpone their contests. The only primary election scheduled between Wednesday and April 4 is in Puerto Rico, where lawmakers appeared poised to delay the vote until late April.