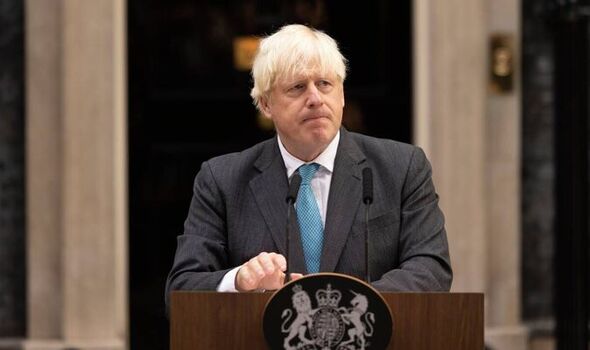 Conservatives who stormed Labour strongholds want the former Prime Minister to be knocking on doors in their communities, convinced that he still commands support with local voters. An influential Tory MP said Mr Johnson should be made party chairman – a role that would put him back in the limelight as the Conservatives fight to stop Sir Keir Starmer becoming Prime Minister.

“We need him to get out there when the election comes,” the MP said. “He’d be a great party chairman.”

Mr Johnson is understood to have given assurances to supporters from the 2019 intake that he will campaign on their behalf.

An ally of the PM said voters in their constituency felt “betrayed” that the party had pushed Mr Johnson out, saying: “When I knock doors people tell me, ‘I didn’t vote for the Conservatives, I voted for Boris.”

The MP said that many people are planning to stay at home rather than go out to vote. But it is hoped that the arrival of Mr Johnson on the campaign trail could persuade voters to keep red wall seats blue.

Mr Johnson will be investigated by the Commons’ privileges committee as to whether he misled the House over Covid-era rule-breaking. However, there is openness in the wider party for him playing a high-profile in the campaign.

When asked if he could come back in this way, a minister said: “Yes, if he behaves properly and gets fully behind the PM.”

Mr Johnson has said he believes he still has “much to offer” and made clear that he will continue to champion levelling-up in red wall seats.

Dudley North Conservative MP Marco Longhi said that while campaign visits would be a matter for the party leadership, Mr Johnson was a “huge electoral asset”.

He said: “Boris would be more than welcome. He knows that.

“I have been very, very clear to him many, many times.”

However, a senior former minister blamed MPs in former Labour seats for turning on Mr Johnson and pushing him out of office.

The MP said: “Red wall MPs were responsible for ousting Boris and undermining his Government and the delivery of key policy areas.

“Had they stuck with him we would have seen the delivery of the new plan for immigration, tackling illegal migration, more doctors and nurses – the frontline care the public expect and the compassion and care for the British public Boris stood for.

“This call is too little too late and not realistic now that the current Government has abandoned the 2019 manifesto and the people’s priorities.”