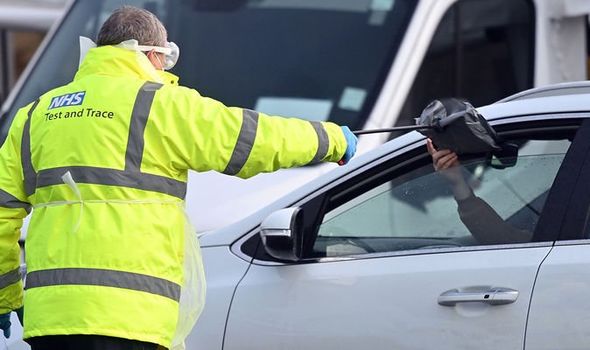 Additional surge testing and genomic sequencing is being deployed to targeted areas within Middlesbrough within TS7, areas in Walsall and in specific areas in the RG26 postcode in Hampshire where the COVID-19 variant first identified in South Africa has been found. The Department for Health and Social Care (DHSC) said surge testing is being introduced in addition to existing extensive testing, and in combination with following the lockdown rules.

Tees Valley’s elected mayor, Ben Houchen, said people in the area should not be “overly alarmed”.

He said: “Our region has made phenomenal progress in vaccinating the majority of our most vulnerable residents thanks to the hard work and dedication of our NHS heroes.”

Mr Houchen said it was still critical for people to follow the rules to protect others.

Surge testing has been used in a number of areas across the country in attempts to get on top of new variants of the disease.

People in areas of Lambeth in south London as well as parts of Worcestershire, Manchester, Kent and Surrey have all been offered tests when cases of new strains have been identified.