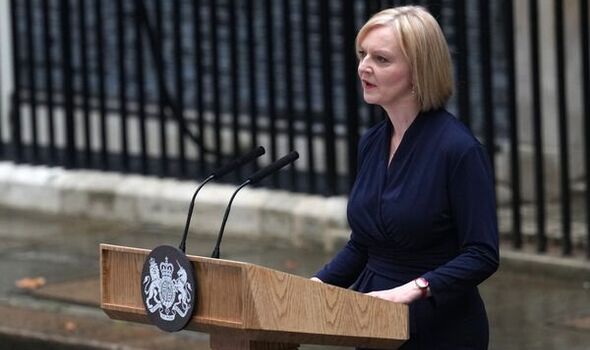 There are concerns that foot-dragging civil servants are “holding this country back” with “unrestrained Left-wing resistance” to Conservative plans.

Ms Patel said: “This demonstrates the huge resistance I have encountered from the Foreign Office in my efforts to deliver what people of Britain voted for.”

An ally of Ms Truss said it reflected the “sheer obstruction” Ms Patel faced, though the Foreign Office insisted it was a “genuine mistake” by a member of staff.

But the ally said the Foreign Office had “fought at every turn to overturn” the Rwanda migrant policy. There are calls for Ms Truss to challenge the “Sir Humphreys” – named after the obstructionist mandarin in sitcom Yes Minister.

Joining these calls, a former minister said: “The underperforming ‘blob’ within Whitehall is what is really holding this country back.

“We should introduce an annual reshuffle of permanent secretaries and make the honours system far more performance-driven.”

A prominent Tory backbencher fears efforts to derail policy will intensify, saying: “If they think they are going to get rid of us at the next election it’s only going to get worse, isn’t it?”

Toby Young, founder of the Free Speech Union, said: “Permanent secretaries are a law unto themselves, pursuing their own woke agenda… the solution is to make senior civil servants political appointees, as in America.”

However, an ex-minister said it was “difficult to point to Left-wing resistance,” adding it was “more a problem with risk-aversion and attachment to the status quo”.