The sweeping wins put Biden, 77, on a path to face Republican Donald Trump in the Nov. 3 election, and the former vice president quickly looked ahead with a call for party unity and an appeal to supporters of Sanders.

“We share a common goal, and together we are going to defeat Donald Trump,” Biden said in Philadelphia, thanking Sanders and his supporters for their energy and passion.

Biden’s wins in Michigan, Missouri, Mississippi and Idaho were powered by a broad coalition of supporters, including women, African Americans, those with and without college degrees, older voters, union members and all but the very liberal, according to exit polls by Edison Research.

Two other states, Washington and North Dakota, were still too close to call, but the results narrowed the path forward for Sanders, 78, who had hoped for an upset win in Michigan to keep his White House hopes alive.

The loss in a state Sanders won during his 2016 White House campaign will increase the pressure on the democratic socialist senator from Vermont to exit the race and help Democrats prepare for a bruising campaign against Trump.

With 91% of the precincts reporting, Biden had 53% of the vote in Michigan, well ahead of Sanders’ 37%. He also won Missouri and Mississippi with 60% and 81% of the vote, respectively.

Sanders, who returned home to Vermont on Tuesday night, did not make a public statement after his losses, a departure from his usual practice on primary nights.

Voters across the states that voted on Tuesday said they trusted Biden more to handle a major crisis by roughly 2-to-1 over Sanders, exit polls showed, a possible sign the fast-spreading coronavirus outbreak helped increase Biden’s appeal as a steady and experienced hand.

Biden’s campaign also canceled a Thursday get-out-the-vote event in Florida, one of four states that will hold nominating contests next week. Biden said he would instead deliver an address on Thursday on the U.S. coronavirus response in his hometown of Wilmington, Delaware.

“This whole coronavirus is a matter of presidential leadership,” said Biden, the former vice president under Barack Obama.

After the victories, there was a growing sense of inevitability surrounding Biden’s candidacy.

Two of the largest Democratic Super PACS said they were going to begin working for Biden, and his former rival Andrew Yang endorsed him, joining other Democratic candidates that have dropped their own presidential bids and now support Biden, including Pete Buttigieg, Amy Klobuchar and Kamala Harris.

“The math says Joe is our prohibitive nominee. We need to bring the party together,” Yang said on CNN as he endorsed Biden. One of Sanders’ most influential supporters, liberal U.S. Representative Alexandria Ocasio-Cortez, acknowledged the depth of his defeat. “There’s no sugar coating it,” she said on Instagram. “Tonight’s a tough night.”

Michigan was the biggest and most competitive of the six states that held nominating contests on Tuesday. It also is a crucial battleground that Trump narrowly and unexpectedly won in 2016, which along with wins in Pennsylvania and Wisconsin propelled his ascent to the White House. The Biden wins could be too much for Sanders to overcome, with the contest shifting to large states including Florida, Ohio and Georgia where Biden is seen as a clear favorite. By the end of March, about two-thirds of the nearly 4,000 delegates to July’s Democratic nominating convention will be allocated.

Biden had won 134 delegates to Sanders’ 74 by early morning on Wednesday, giving him an overall lead of 762-619 in the race for the 1,991 delegates needed for the nomination, according to Edison Research. 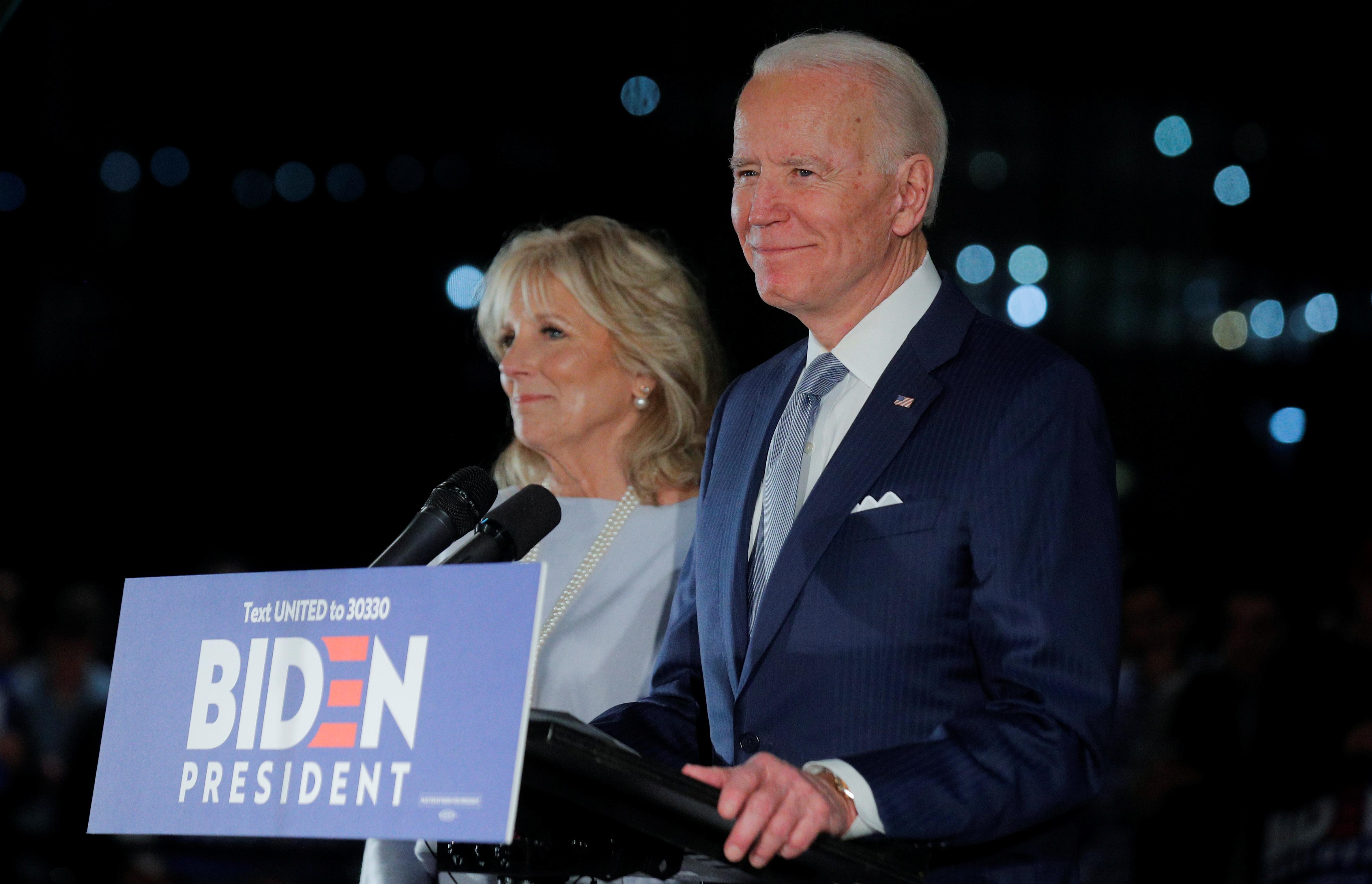 Biden’s big margin of victory on Tuesday – including a stunning 66-point victory in Mississippi – was fueled by strong support from the state’s African-American voters.

In Washington state, Biden and Sanders were in a virtual tie with more than two-thirds of the votes counted. Sanders had a narrow lead in North Dakota with about 63% of precincts reporting.

“The math is now clear. Joe Biden is going to be the Democratic nominee,” Democratic Super PAC Priorities USA Chairman Guy Cecil said on Twitter, adding the group would “do everything we can to help him defeat Donald Trump.”