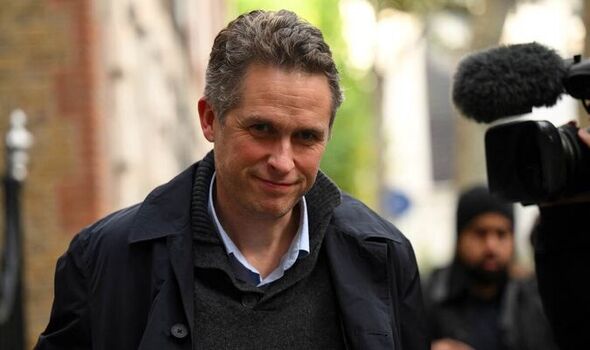 Former party chairman Sir Jake Berry informed Rishi Sunak when he became Prime Minister that the ­then-chief whip Wendy Morton had complained about a series of ­messages sent to her by Sir Gavin.

Oliver Dowden, the Chancellor of the Duchy of Lancaster, confirmed that Mr Sunak had been aware of the complaint when he made Sir Gavin a Cabinet Office minister but said he had not known the details of the exchanges.

Mr Dowden said that Sir Gavin showed remorse over sending the messages to Ms Morton during what had been a tricky period for the Conservative Party.

He added: “These were sent in the heat of the moment, expressing frustration. It was a difficult time for the party.

“He now accepts that he shouldn’t have done it and he regrets doing so. Thankfully we are in a better place now as a party.”

Mr Sunak is under fire for bringing Sir Gavin back into the Government, despite being warned he was under investigation for alleged bullying.

In the texts, Sir Gavin angrily accused Ms Morton of seeking to “punish” MPs like him who were out of favour with Liz Truss by excluding them from the Queen’s funeral.

The exchange of messages concluded with him saying: “Well let’s see how many more times you f*** us all over. There is a price for everything.”

When Ms Morton rejected the claims of funereal favouritism, Williamson said it still “looks s*” and that “perception becomes reality”.

Despite the disclosure, Cabinet Office Minister Oliver Dowden insisted that the Prime Minister still had confidence in Sir Gavin.

Mr Dowden – one of Mr Sunak’s closest allies – said: “As you have seen from the former chairman Jake Berry, he says that he highlighted that to the Prime Minister.

“But in terms of the specific allegations, the specific exchange, the Prime Minister wasn’t aware of it until last night.”

Sir Gavin, who was knighted by Boris Johnson this year, was sacked by Theresa May as defence secretary for leaking details of a National Security Council meeting.

He was then fired by Mr Johnson as ­education secretary over the Covid-19 A-levels debacle.

But he was regarded as a key figure in Mr Sunak’s campaign over the summer to become party leader.

During his time as chief whip Sir Gavin kept a pet tarantula on his desk, joking it would help keep MPs in line.

A Tory spokesman said: “The party has a robust ­complaints process in place. This process is rightly a ­confidential one, so complainants can come forward in confidence.”