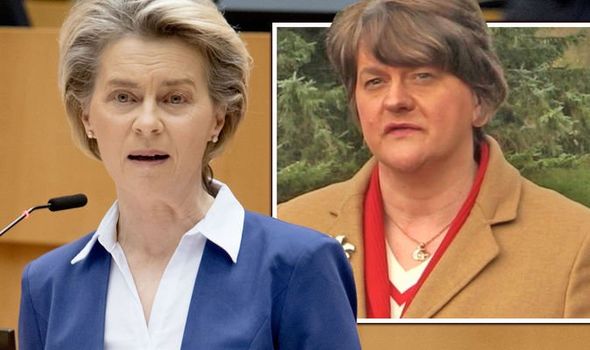 Michael Peel, from the Financial Times, reported Brussels will revoke its plans to issue export controls on vaccines. An EU official told the reporter: “It was an error. We are changing it.” The plan sparked immediate outrage. Mr Peel said proposed vaccine export curbs would have been used “to in effect create a hard border between the Irish Republic and Northern Ireland” through the use of Article 16 of the Northern Ireland Protocol in the Brexit trade deal. NI First Minister Arlene Foster described the EU move as “an incredible act of hostility”.