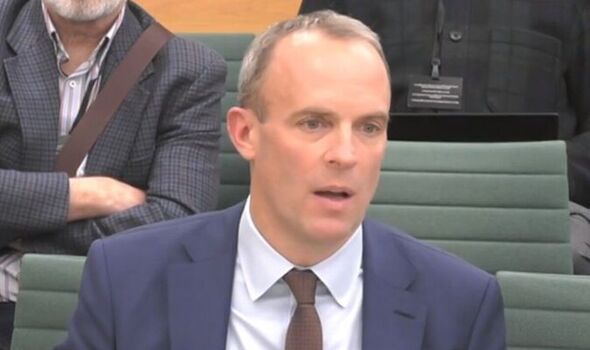 Dominic Raab has vowed to escape the “straitjacket” of European law, claiming that 70 percent of deportations from the UK are still blocked by Strasbourg. Speaking to the Justice Select Committee, Mr Raab said: “I don’t think its right that we have effectively straitjacket legislation coming in through the back door via a court.”

He said that if the UK continues to “gold plate” the approach taken by the European Court of Human Rights in Strasbourg, we will be “unable to deport serious foreign national offenders”.

The Justice Secretary criticised some examples of case law from the human rights act, saying: “The obvious one is the deportation of foreign national offenders.

“I don’t think we should ever send someone back to the arms of a torturing state – the prohibition on torture is absolute, even pulling out of the ECHR – but I think the use of Article 8, for example, the right to family, by foreign national offenders to frustrate deportation orders is wrong.

“If we gold plate the approach that Strasbourg takes we are going to be unable to deport serious foreign national offenders.

“Some 70 percent of successful human rights appeals against deportation are still Article 8.”