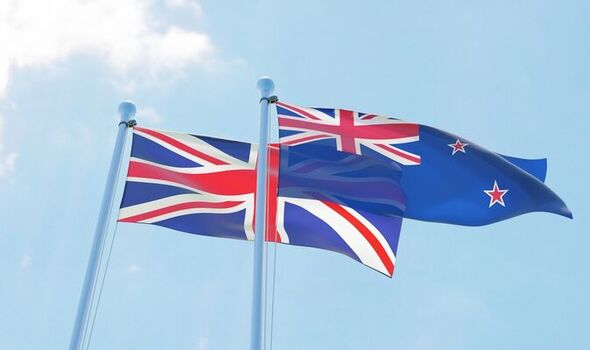 Six-months on from agreeing our ambitious new trade deal with New Zealand, the UK’s music industry has praised the trade agreement as it will help to “support British music and artists and grow exciting opportunities for our thriving music industry.” One of the key effects of the deal is that it will allow UK music producers and performers to make money from certain rights they own for an extra twenty years. It also builds on existing Government support for UK’s creative industries, including the Music Export Growth Scheme, which received £330,000 in funding last year.

Top executives from Warner, Universal Music, Sony and the British Phonographic Industry (BPI) have welcomed the extended protections given to the UK music industry.

International Trade Secretary, Anne-Marie Trevelyan, said:  “The UK and New Zealand are linked through shared culture, and the music scene is a glowing example of that.

“It will be hugely welcome news to the thousands of businesses both big and small who are looking to grow and thrive by exporting internationally”.

Instrument makers are also championing the deal as guitar manufacturer George Lowden who has created a new acoustic guitar range “Sheeran with Lowden” alongside Ed Sheeran, have seen significant growth in exports in New Zealand.

Lowden’s business has seen significant growth since the launch of the “Sheeran with Lowden” range with exports on the rise worldwide and 40 new jobs created in the UK in the past three years.

George Lowden, Chairman and Founder of Lowden Guitars says: “I have been so pleased to see our recent export growth to New Zealand in partnership with our local retailer. I applaud the efforts of the Government to support musicians and businesses such as ours to deliver world class creativity and quality to the global stage.

“When I started building guitars nearly fifty years ago, at the forefront of my mind was the two hands of the player – that individual musician who would take my guitar in their hands and, very often, rely on that guitar for their livelihood. The guitar must be a dependable companion to them. The same principle is true in business, it is about building relationships with a reliable partner.

“As a small business that has grown to work with musicians and other small businesses around the world, it is essential that we are reliable and can deliver the very best. This support of the Government enhances our capability to do this and sets the stage for further export growth, with creative collaboration which benefits everyone.”

Other benefits of the trade deal to musicians and artists include a commitment from New Zealand to extend the term of copyright and rights in performances which will align New Zealand’s terms of protection with the UK’s.

New income stream for visual artists through a right to royalties when their works are re-sold in New Zealand.

A commitment to discuss adequate remuneration for producers and performers when their works are published for commercial purposes.

New Zealand was ranked as the third largest music streaming market for UK artists in 2020 with a 17 percent market share and the enhanced protections secured in this forward-looking trade agreement will strengthen this creative cultural relationship.

The enhanced protections follow a long history of British musical success in New Zealand; with The Beatles holding the country’s chart record for most ever number ones, Dire Straits ‘Brother in Arms’ album going 24 times Platinum, and recent BRIT award winner Dua Lipa touring her ‘future nostalgia’ album in New Zealand after the record topped the country’s weekly chart as soon as it was released.

New Zealand artists have historically enjoyed success in the UK too, with Auckland native Lorde achieving a range of UK music accolades including two BRIT awards for International Female Solo Artist in 2014 and 2018.

Tony Hrlow, the chief executive of Warner Music UK, said:  “Due to its close relationship with the UK, NZ has always been an important market for our talent and a place where they often first see international success.

“Artists like Robbie Williams and Ed Sheeran have enjoyed spectacular success there, and Ed’s most recent tour broke all records. As usual, Ed made many friends ranging from the Prime Minister to the All Blacks to legendary Hobbit-master Peter Jackson (for whose movie he wrote ‘I See Fire’). He even wore the legendary Black and Silver Lomu shirt onstage at Eden Park and there’s no greater honour for an Englishman, except for receiving the Pōwhiri welcome.

“A trade agreement between the UK and NZ will further strengthen these close traditional ties and make it easier for British artists to continue to be among the UK’s greatest ambassadors.”

Geoff Taylor, Chief Executive BPI, BRIT Awards and Mercury Prize said: “The BPI welcomes improvements to IP and copyright in this deal which will help to support British music and artists and grow exporting opportunities for our thriving music industry.

“We are grateful to the Government for their dedication to promoting our world-leading IP standards and hope that this will continue to be a priority in further negotiations taking place around the world.”

Nickie Owen, President, International Marketing, Universal Music UK said: “As well as music scenes that ‘punch far above our weight’, our countries share a deep passion for culture and the arts. These are two incredible music communities with some of the most talented artists, songwriters and composers you’ll find anywhere – let alone great and knowledgeable fans who adore artists of every genre, from the biggest superstars to newer artists.

“Building on a legacy of shared music, today British bands like Oxford’s Glass Animals and Kiwi stars like Lorde, both enjoy great success across the two countries. We welcome the promise of this agreement to connect the UK and New Zealand, and their artists and fans, even more closely through music.”

Carina Grace, VP of UK International, Sony Music UK said  “Music exports are a driving force behind the UK’s international reputation as a cultural powerhouse, so Sony Music welcomes the new opportunities this deal will create to connect more artists and fans in New Zealand and Britain.”