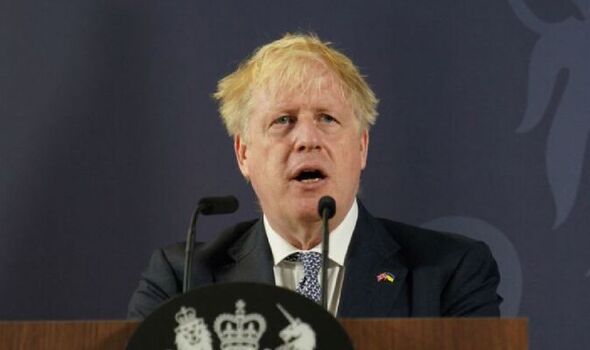 The Foreign Secretary will introduce a Bill tackling frictions caused by the Northern Ireland Protocol at 3.30pm.

Prime Minister Boris Johnson ordered for new laws to be drawn up earlier this year after a failure to find a compromise in talks with the EU.

As part of the Brexit withdrawal agreement in 2019, the UK agreed a deal that effectively kept Northern Ireland in the EU single market and customs union to preserve the open border with Ireland specified in the Good Friday peace agreement.

But Unionists argue Brussels’ strict implementation of customs checks on goods crossing from Britain to Northern Ireland is having a disastrous impact on trade within the UK’s internal market.

For months the UK has threatened to take unilateral action to resolve problems caused by the Protocol if the continent did not compromise in talks on resolving the issues the Protocol was causing.

London has been engaged in intense negotiations with the bloc since October with no signs of a breakthrough.

Confirming Britain would move to take action today, a No 10 spokesman said last week: “The Bill has been agreed by the relevant cabinet committees and will be introduced to Parliament on Monday.

“We will, alongside the Bill, publish a summary of the legal advice.”

The legislation is set to give Britain the power to suspend aspects of the Protocol in a move that is set to face heavy opposition in Parliament.

The EU and anti-Brexit MPs have claimed the Bill breaks international law as it alters a treaty without the support of both partners to the agreement.

Labour has vowed to oppose the plan in Parliament and is set to be joined by a number of pro-EU Tories looking to scupper Mr Johnson’s plan to resolve the row with the EU once and for all.