Home » Politics » Boris Johnson’s promise: We will build a bright future out of these dark moments

Promising a 10-year programme of national recovery, the Prime Minister said the country could learn lessons from the “darkest moments” of the pandemic to build a “new Jerusalem” of prosperity and opportunity. He put Margaret Thatcher’s home ownership dream for all at the heart of his plan with long-term, fixed-rate mortgages worth up to 95 percent of a property’s value.

Mr Johnson yesterday sought to reassure the party faithful of his commitment to traditional principles of free enterprise, competitive taxes and rolling back state intervention – and hinted at an insurance-style social care system.

Vowing to beat the virus, he said: “I believe it is a measure of the greatness of this country that we are simply not going to let it hold us back or slow us down.

He said of Covid: “I have had more than enough of this disease that attacks not only human beings but so many of the greatest things about our country: our pubs, our clubs, our football, our theatre and all the gossipy gregariousness and love of human contact that drives the creativity of our economy.”

Evoking his hero Winston Churchill, Mr Johnson said: “In the depths of the Second World War, in 1942 when just about everything had gone wrong, the Government sketched out a vision of the post-war new Jerusalem that they wanted to build.

“And that is what we are doing now – in the teeth of this pandemic.” Mr Johnson also dismissed claims his coronavirus infection earlier this year had left him with long-term health problems. 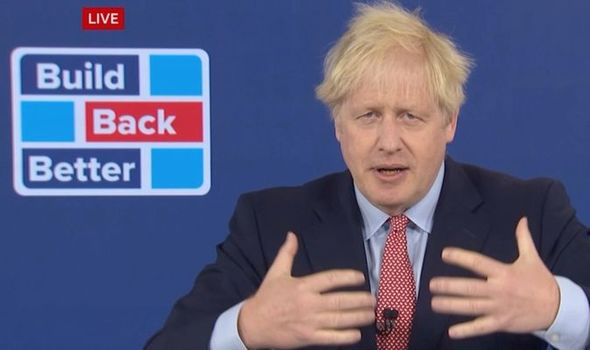 He said: “I have read a lot of nonsense recently about how my own bout of Covid has somehow robbed me of my mojo. Of course, this is self-evident drivel.”

He admitted it had shown him he was “too fat”, joking he would keep dieting “because you’ve got to search for the hero inside yourself in the hope that individual is considerably slimmer”.

Saying his Government was working “night and day” to repel the virus, he added: “We will succeed, just as this country has seen off every alien invader for the last thousand years.

“I know the people of this country are going to defeat this virus because I have seen how the country has responded before, with the energy and self-sacrifice of the NHS, the care workers, the armed forces – the spirit that was incarnated in the bounding, boundless devotion of [100-year-old fundraiser] Captain Tom Moore.” The Prime Minister conceded that, at odds with his own instincts, he had been “forced” into restrictions on personal freedom, but said that there was “simply no reasonable alternative”.

He promised the biggest expansion of home ownership since the 1980s to “help turn generation rent into generation buy”.

Mr Johnson said Tories were “proud of this country’s culture and history and traditions” while Left-wingers wanted to “pull statues down, to rewrite the history of our country, to edit our national CV to make it look more politically correct”.

The premier added: “We aren’t embarrassed to sing old songs about how Britannia rules the waves – in fact we are even making sense of it with a concerted national shipbuilding strategy that will bring jobs to every part of the UK, especially in Scotland.”

He also pledged a “green industrial revolution” with every home in Britain powered by offshore wind farm electricity by 2030.

Conference pledges at a glance

Build back better – that was the key message that the Prime Minister delivered to the Conservative Virtual Party Conference yesterday.

The conference saw more than 22,000 members come together – that’s over five times more than when we come together in person. So let’s work together to build back better over the next decade and beyond for everyone.

Boris Johnson set out his vision for how we will transform our country for the better. That means levelling up every region – making streets safer for everyone with more police officers, investing massively in schools and delivering more hospitals, doctors and nurses.

This pandemic has seen our country face a challenge none of us could have ever imagined, but the British people, backed by this Conservative government, has stepped up to meet that challenge. But after all we have been through all the frustration and hardship it isn’t enough just to go back to normal. That is why this government will build back better.

We owe it to the people who put their faith in us at the general election. People in the blue wall and beyond voted Conservative for the first time to change and transform the country for the better. 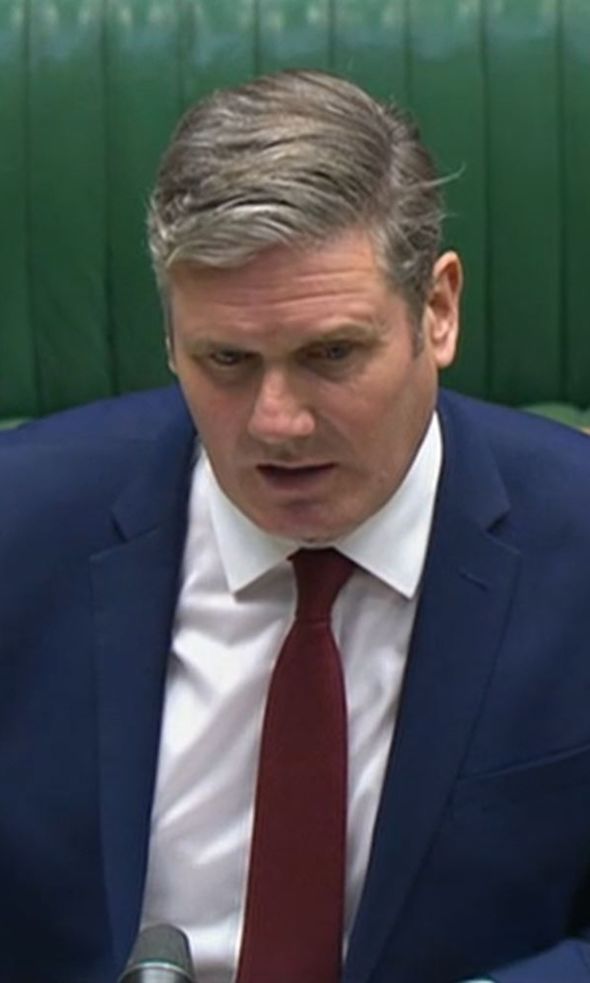 And of course, that also means unleashing this country’s great potential – not just free trade and free ports, but control over our fisheries, and the ability to do things differently and better. While Labour snipes from the sidelines, this People’s Government will continue to work night and day to defeat this virus and build back better.

All we’ve heard from Labour is how they will look to exploit this as a “good crisis” and how their job is “not to generate policy, it’s to get out there and attack the Tories”.

As the Prime Minister said: “Even in the darkest moments we can see the bright future ahead, and we can see how to build it, and we are going to build it together.”

This should have been a golden moment for Boris Johnson to savour.

The consummate crowdpleaser was due to address the party faithful in Birmingham in his first conference since the Tories’ thumping election victory.

Instead, as a result of Covid restrictions, he was forced to speak from an empty, sterile room in East London without any audience to cheer his electoral success or inimitable oratory.

Just as awkwardly, his performance came after a period of personal trauma and political difficulty, in which concerns have been raised about the quality of his leadership, the competence of his Government and the strength of his recovery from coronavirus.

But, within Conservative ranks, his bravura performance will have quelled many of those doubts.

Even without an appreciative throng, the Prime Minister was at his ebullient best, mixing optimism with his characteristic humour and linguistic flourishes. 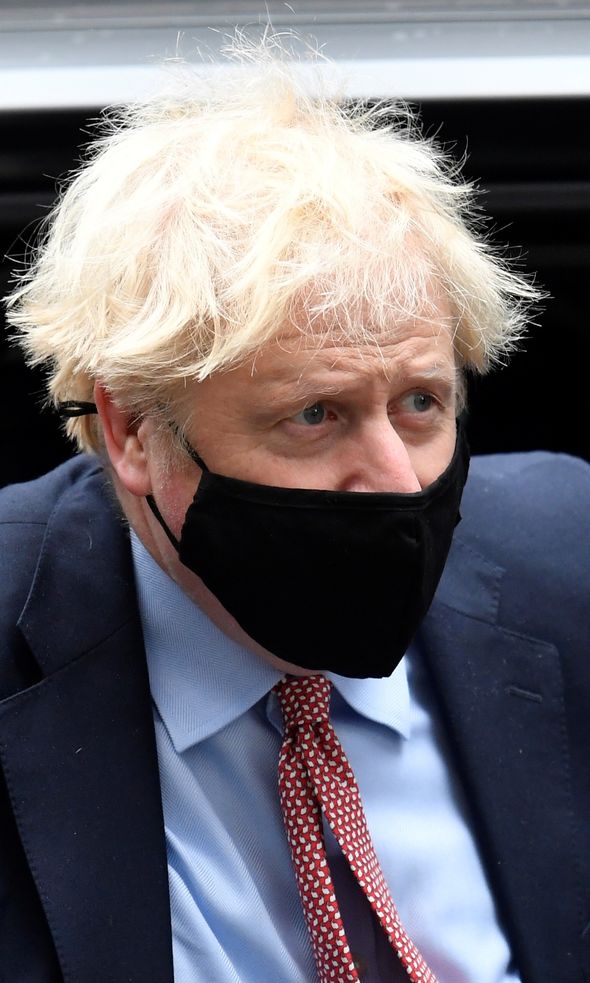 Infused by enthusiastic defiance, he promised the virus would be defeated, just as Britain had “seen off every alien invader for one thousand years.”

As for those health rumours, they were “self-evident drivel” and “seditious propaganda,” which he could easily demolish with a bout of “arm or leg wrestling.”

In contrast to the gravity of the continuing health crisis, the tone of the Prime Minister’s speech was relentlessly upbeat.

He described Britain as “the greatest place on earth”.

Undaunted by allegations of official mismanagement and strategic failures, he set out an uplifting vision of Britain in 2030 – predicting we’d all be “healthier, happier and thinner”.

Even bolder was his promise of a “green revolution” to power every home with renewable energy, create 60,000 jobs and turn us into the Saudi Arabia of wind.

There were several weaknesses with the speech, particularly the gap between his Utopianism and the harsh reality of the botched Covid response.

Moreover, he talked grandly about resolving the social care crisis, enhancing vocational education and fixing the “broken housing market” without spelling out any credible solutions.

In all three case, it is time for action, not platitudes.

But it is clear that the great communicator is back – and still the biggest figure in British politics.