Boris Johnson has been spotted on a run with a celebrity personal trainer as he continues to work on his fitness after recovering from coronavirus.

The prime minister was photographed near Westminster on Wednesday morning with fitness expert Harry Jameson.

Following his spell in intensive care with COVID-19 earlier this year, Mr Johnson has frequently been spotted running, usually accompanied by his security team.

The Queen is also reported to have given permission for him to exercise in the grounds of Buckingham Palace. 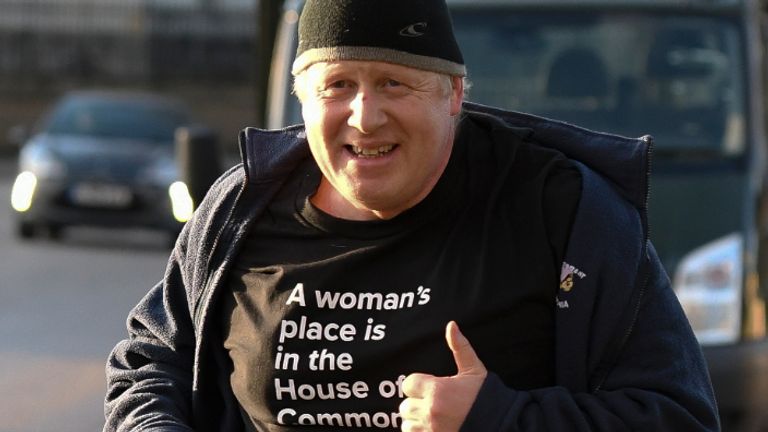 Research has found that being obese doubles the risk of needing hospital treatment for coronavirus.

And Mr Johnson has admitted he was “too fat” before his time in hospital.

The 56-year-old is said to have become “more interventionist” in his thinking about the UK’s fight against obesity since his illness.

He was also reported – when asked how to avoid coronavirus – to have replied: “Don’t be a fatty in your 50s.”

“Like, I think, many people I struggle with my weight – go up and down,” he continued.

“But since I recovered from coronavirus, I’ve been steadily building up my fitness.

“I don’t want to make any excessive claims because I’ve only really just started concentrating on it, but I’ve got – I’m at least a stone down.

“I’m more than a stone down. But when I went into ICU, when I was really ill, I was very, I was way overweight.”