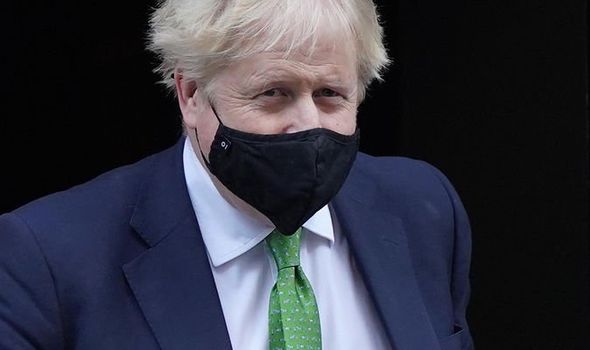 A probe is to be launched by the Cabinet Office after Nusrat Ghani said she had been told she was sacked as a minister because her “Muslimness was raised as an issue”.

Ms Ghani received overwhelming support from current Cabinet ministers and backbench MPs when she made the claims this weekend.

No10 initially said the Wealden MP should make a formal complaint about the matter to launch an internal Conservative Party investigation, but this morning Mr Johnson U-turned announcing he was launching a probe into the matter.

A No10 spokesperson said: “The Prime Minister has asked the Cabinet Office to conduct an inquiry into the allegations made by Nusrat Ghani MP.

“At the time these allegations were first made, the Prime Minister recommended to her that she make a formal complaint to CCHQ. She did not take up this offer.

“The Prime Minister has now asked officials to establish the facts about what happened.

“As he said at the time, the Prime Minister takes these claims very seriously.”

Mr Johnson spoke to Ms Ghani last night to inform her of the development.

The Conservative MP lost her job as a junior transport minister in February 2020.

She said a Government whip – an enforcer of parliamentary discipline – had made the comments about her faith.

Chief whip Mark Spencer on Saturday said the allegations made by Ms Ghani referred to himself.

He wrote on social media: “To ensure other Whips are not drawn into this matter, I am identifying myself as the person Nusrat Ghani MP has made claims about this evening.

These accusations are completely false and I consider them to be defamatory. I have never used those words attributed to me.

“It is disappointing that when this issue was raised before Ms Ghani declined to refer the matter to the Conservative Party for a formal investigation.

“I provided evidence to the Singh Investigation into Islamophobia which concluded that there was no credible basis for the claims.”

Ms Ghani has welcomed the investigation launched by the Prime Minister but has warned the “terms of reference of the inquiry must include all that was said in Downing Street and by the Whip”.

The new probe comes as Mr Johnson is also awaiting the outcome of an inquiry being carried out by senior civil servant Sue Gray that could determine his future as Prime Minister.

Ms Gray has been tasked with reporting on a series of allegations of parties in Downing Street that broke Covid rules during the pandemic.

The claims of illegal gatherings in No10 have sparked outrage not in the Conservative party and across the country.

Many backbench MPs are understood to be awaiting the outcome of the Gray inquiry before deciding whether to submit letters of no confidence in the Prime Minister.

Under party rules, once 54 letters have been submitted – 15 percent of Tory MPs – a vote of confidence in the leader must be called.

Mr Johnson is understood to be determined to hang on to his position believing that he has done nothing wrong.

However, the launch of the racism inquiry will be a fresh blow to the Prime Minister as he seeks to re-establish his authority.