Nicola Sturgeon grilled on 'clamour' for IndyRef2 by Kuenssberg

BBC’s Laura Kuenssberg confronted Nicola Sturgeon with a graph showing people in Scotland did not want a referendum within the next year. Ms Sturgeon dodged the question, leading Ms Kuenssberg to say “there is no public clamour” for a vote on independence. The SNP leader began her interview by saying she was confident that Scotland would hold a referendum in a year in ten days after making the pledge for an October 2023 vote earlier this year.

“But when asked if they want the choice now or in a few years, it paints quite a different picture.

“Support for having a referendum now is far far lower. In the next 12 months is often less than 30 percent.”

Ms Sturgeon did not directly answer the question, instead hitting out at the Westminister government.

JUST IN: Pension crisis timebomb to erupt this week unless urgent action taken 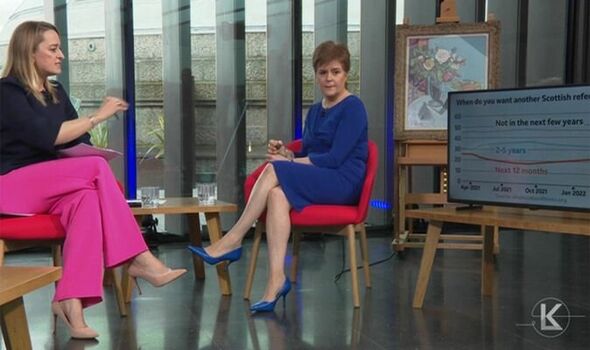 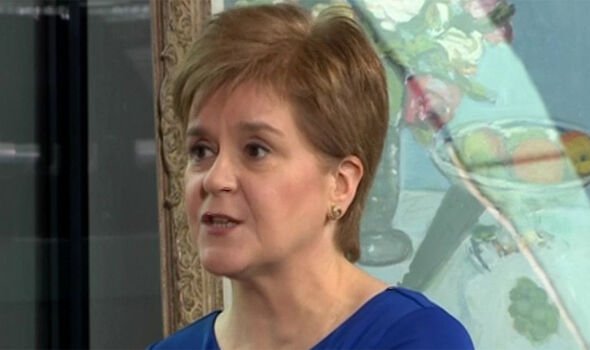 She said: “We are seeing the consequences of Scotland not being independent.

“In 2014 We were told independence would endanger our membership of the EU, that it would cause a currency crisis, that it would hurt pensions – but look where we are right now.”

Ms Kuenssberg followed up: “But the question on arguments for and against independence is a different question to whether there is public clamour and demand for one in the next 12 months.

“There simply isn’t a huge clamour for a vote in the next 12 months.”