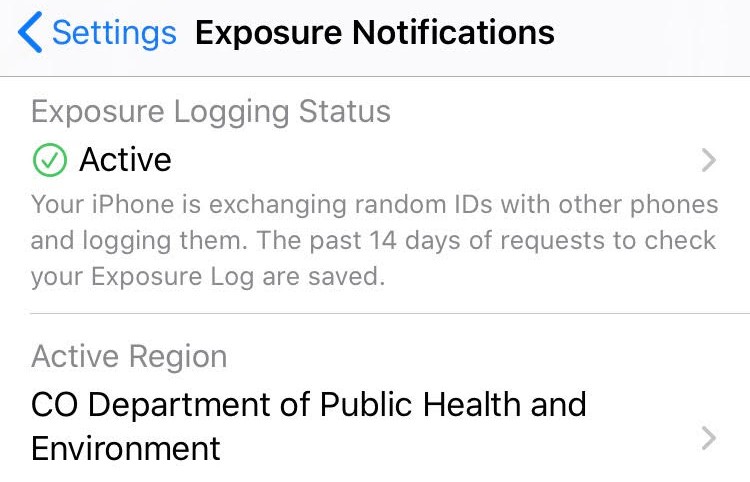 If you received a message from Colorado’s COVID-19 Exposure Notifications app asking you to share data, it doesn’t mean you need to quarantine — the state just wants to know how the public has being using the phone app.

The state isn’t collecting names, locations, phone numbers or IP addresses, a spokesman for the Colorado Department of Public Health and Environment said.

The state wants to look at two data points across all users: how many people who tested positive and received a code to notify others actually entered it into the system, and how many people have received a notification that they were exposed.

There’s no penalty if you opt not to share that data.

When two people who both have Colorado’s notification app enabled are close to each either, their cell phones swap anonymous “tokens” via Bluetooth. If you test positive and upload the verification code, it will send a message to people who were in six feet of you for at least 15 minutes. They won’t be told who tested positive, but will get instructions about testing and quarantining.

The app became available to Apple and Android users in October, and has been activated by more than 1 million Coloradans.