Home » Health » ‘Nobody Sees Us’: Testing-Lab Workers Strain Under Demand

In March, April Abbott dragged a hospital bed into her office at Deaconess Hospital in Evansville, Ind. In the nine months since, she has slept in it a half-dozen times while working overnight in her clinical microbiology laboratory, where a team of some 40 scientists toils around the clock running coronavirus tests.

These all-night stints in the lab pull Dr. Abbott, the director of microbiology at Deaconess, away from her husband and three children, the oldest of whom is 8. A couple of times a week, she heads home for dinner, then drives back to work after the kids have gone to bed. She is at the lab when machines break. She is there to vet testing protocols for the lab. She is there when new testing sites open, flooding the lab with more samples to process.

“I do it because there is always more work to be done than the hours to do it in,” she said.

Nearly a year into a pandemic that has claimed more than 272,000 American lives, some 192 million tests for the coronavirus have been processed nationwide. Millions more will be needed to detect and contain the virus in the months ahead. Behind these staggering figures are thousands of scientists who have been working nonstop to identify the coronavirus in the people it infects.

Across the nation, testing teams are grappling with burnout, repetitive-stress injuries and an overwhelming sense of doom. As supply chains sputter and laboratories rush to keep pace with diagnostic demand, experts warn that the most severe shortage stymieing America’s capacity to test is not one that can be solved by a wider production line or a more efficient machine. It is a dearth of human power: the dwindling ranks in a field that much of the public does not know even exists.

When shortages arise, “there’s workarounds for almost everything else,” said Karissa Culbreath, the medical director and infectious disease division chief at TriCore Reference Laboratories in New Mexico. “But people are irreplaceable.”

In the absence of trained workers to process and analyze the nation’s tests, America’s diagnostic infrastructure will not merely wrinkle and slow, experts said. It will collapse.

“Doctors and nurses are very visible, but we work behind the scenes,” said Marissa Larson, a medical laboratory scientist supervisor at the University of Kansas Health System. “And we are underwater.”

‘I don’t even know where to start’ 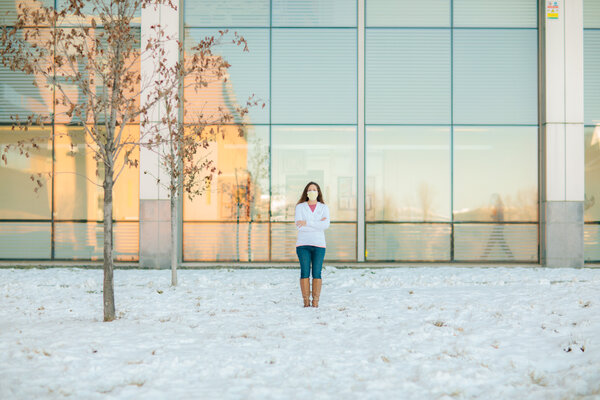 The gold standard in coronavirus diagnostics hinges on a decades-old laboratory method called polymerase chain reaction, or P.C.R. The method is a signal amplifier: It can copy genetic material, including fragments of the genome of the coronavirus, over and over until it reaches detectable levels, making the virus discoverable even when it is extremely scarce in the body. P.C.R. is the metric against which all new testing techniques are compared; in the diagnostic landscape, few can match its ability to root out infection.

But such accuracy comes at a cost. Even highly automated forms of P.C.R. require people to handle tubes, babysit machines and scrutinize ambiguous results.

P.C.R.-based coronavirus tests also deal in DNA, the molecular language in which the human genome is written. The coronavirus, however, stores its genetic information in a close cousin called RNA, which must first be carefully extracted from virus particles, then converted to its more testable counterpart before diagnostics can proceed.

When laboratories are well stocked, P.C.R. diagnostics can run from start to finish in just a few hours. But since the spring, laboratories around the country have been hamstrung by severe, often unpredictable shortages of chemicals and plasticware needed for these protocols.

And caseloads have skyrocketed; America’s testing capacity has increased since March, but it has been vastly overtaken by the demand for tests.

“The spring pales in comparison to what we are experiencing now,” said Dr. Culbreath, of TriCore, which has run more than 600,000 coronavirus tests.

Amid the pandemonium, labs must still work through their queues for other infectious disease tests, including for sexually transmitted infections. “Labs are trying to maintain our standard of operation with everything else, with a pandemic on top of it,” Dr. Culbreath said.

Darcy Velasquez, a medical technologist at Children’s Hospital Colorado in Aurora, where cases continue to surge, is fighting to keep pace with some of her institution’s highest sample volumes yet. Her shifts in the lab begin at 5:30 a.m., sometimes to a double-door refrigerator already brimming with 500 tubes, each containing a fresh patient swab and a small volume of liquid — more than a full day’s work for one person.

Ms. Velasquez typically spends the first couple hours of her day frantically trying to clear as much of the backlog as she can before another batch arrives around 8 a.m., when the local clinic opens.

As much as an hour of that time might be spent simply de-swabbing samples: manually unscrewing and rescrewing caps and plucking out swabs, all without contaminating one sample with the contents of another.

“Sometimes you walk into these refrigerators full of specimens and you think, ‘I don’t even know where to start,’” Ms. Velasquez said.

At Georgia’s state public health laboratory, direct handling of patient samples must be done with extra safeguards to minimize the chances of exposing personnel to infectious virus. Taylor Smith, a virologist and technologist at the lab, spends a large fraction of her workday in a full-body gown, sleeve covers, two pairs of gloves, an N95 respirator and goggles.

Simply donning it all is exhausting. And although Ms. Smith has long been deft with lab instruments, the work always feels high-stakes, she said: “You’re constantly thinking about how to not contaminate yourself.”

To keep their experiments running, lab workers must be proficient mechanics. The instruments needed for diagnostic tests were not built to run continuously for months on end. But as more facilities transition to 24/7 testing, malfunctions and breakdowns have become more common, requiring people to fix them.

Tyler Murray, a clinical laboratory scientist at the University of Texas Medical Branch in Galveston, spends his days listening for telltale alarms — a sign that one of his instruments has failed or is low on chemical ingredients.

“I make sure I talk nicely to them,” Mr. Murray said of the lab’s machines, which he decorates with gleaming gold stars when they perform at their best. “I say, ‘Hey bud, you worked hard this week, I’m proud of you.’”

But morale is low among the humans. After 10-hour shifts at U.T.M.B., Mr. Murray heads home and lies on the floor beside his two cats, Arya and Cleo. “The fatigue builds,” he said. “You can’t help but feel it.”

The monotonous motions that lab workers engage in daily take a physical and mental toll. Technologists are nursing repetitive-use injuries, a result of hours of maneuvering tubes and pipettes, which take up and dispense liquids with the press of a plunger. Workers must also be vigilant sanitizers, pausing regularly to swap out soiled gloves, clear their workspaces of plastic debris and scour surfaces with harsh chemicals that leave their clothes freckled with stains.

“We’re accustomed to holding things up in the background,” said Natalie Williams-Bouyer, the director of the division of clinical microbiology at the University of Texas Medical Branch in Galveston. “We enjoy doing it because we know we’re helping people.”

But the enduring anonymity of testing labs has begun to splinter some spirits. Elizabeth Stoeppler, a senior medical technologist in the molecular microbiology lab at the University of North Carolina’s School of Medicine, said that an old volleyball injury, which inflamed a tendon in her elbow years ago, had flared up after months of long stints in the lab. A few of her co-workers are wrestling with carpal tunnel syndrome.

The strain has begun to affect Ms. Stoeppler outside of the lab. She bolts awake at 3 a.m., panicked about the previous day’s work. She recently started a prescription medication to improve her chances of getting a full night’s sleep.

“There’s signs everywhere that say, ‘Heroes work here,’” she said of her hospital. She loves her job, she added. “But nobody sees us. We’re just in the basement, or in the back.”

On a good day in a diagnostics lab, the phone might ring only a few times, with messages from clinicians inquiring about samples. But when “things are going poorly, it just rings off the hook,” said Rachael Liesman, the director of clinical microbiology at the University of Kansas Health System, where she frequently clocks 15-hour shifts.

To keep the lab on track, Dr. Liesman has put in some hours running tests herself — a task that is not a part of her normal job description. “It’s very strange to have your director on the bench,” said Ms. Larson, a supervisor in the lab. “When you see that, some flare guns should be going up.”

In mid-November, Dr. Liesman’s lab suffered a three-day stretch during which a supply of chemicals nearly ran dry on a Friday, then a pair of machines failed on Saturday and Sunday.

“We were basically drowning in specimens” by Monday, she said. “I was paged by three different providers while brushing my teeth.”

Morale in the labs has flagged as the country continues to shatter records for caseloads, hospitalizations and deaths. The nation’s testing experts know these statistics better than anyone: They count the numbers themselves, sample by sample. But they are also easy targets of criticism and complaint.

Words to Know About Testing

Confused by the terms about coronavirus testing? Let us help: