Home » Health » Is ‘Femtech’ the Next Big Thing in Health Care?

This article is part of our new series on the Future of Health Care, which examines changes in the medical field.

Women represent half of the planet’s population. Yet tech companies catering to their specific health needs represent a minute share of the global technology market.

In 2019, the “femtech” industry — software and technology companies addressing women’s biological needs — generated $820.6 million in global revenue and received $592 million in venture capital investment, according to PitchBook, a financial data and research company. That same year, the ride-sharing app Uber alone raised $8.1 billion in an initial public offering. The difference in scale is staggering, especially when women spend an estimated $500 billion a year on medical expenses, according to PitchBook.

Tapping into that spending power, a multitude of apps and tech companies have sprung up in the last decade to address women’s needs, including tracking menstruation and fertility, and offering solutions for pregnancy, breastfeeding and menopause. Medical start-ups also have stepped in to prevent or manage serious conditions such as cancer.

“The market potential is huge,” said Michelle Tempest, a partner at the London-based health care consultancy Candesic and a psychiatrist by training. “There’s definitely an increasing appetite for anything in the world which is technology, and a realization that female consumer power has arrived — and that it’s arrived in health care.”

She said one reason women-related needs had not been focused on in the field of technology was that life sciences research was overwhelmingly “tailored to the male body.” In 1977, the U.S. Food and Drug Administration excluded women of childbearing age from taking part in drug trials. . Since then, women have been underrepresented in drug trials, Dr. Tempest said, because of a belief that fluctuations caused by menstrual cycles could affect trial results, and also because if a woman got pregnant after taking a trial drug, the drug could affect the fetus. As a result, she noted, “we do lag behind men.” 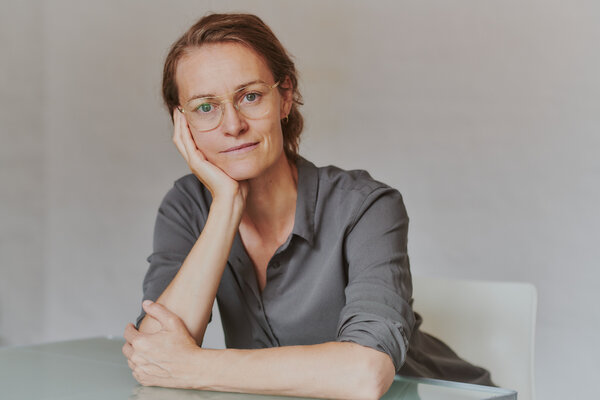 The term “femtech” was coined by Ida Tin, the Danish-born founder of Clue, a period and ovulation tracking app established in Germany in 2013. In an article on the company’s website, Ms. Tin recalled how she first had the idea for the app. In 2009, she found herself holding a cellphone in one hand and a small temperature-taking device in the other and wishing she could merge the two to track her fertility days, rather than manually having to note her temperature on a spreadsheet.

Clue allows women to do exactly that with a few taps on their smartphone. Today, the company has a lot of competition in the period- and fertility-tracking area. And plenty of other women-specific tools have come onto the market. Elvie, a London-based company, has marketed a wearable breast pump and a pelvic exercise trainer and app, both using smart technology. Another strand of femtech known as “menotech” aims to improve women’s lifestyles as they go through menopause, providing access to telemedicine, and information and data that women can tap into.

Finally, there are medical technology companies focused on cancer that affects women, such as cervical cancer and breast cancer.

According to the World Health Organization, cervical cancer is the fourth most common cause of cancer among women around the world. In 2018, about 570,000 women had it, and as many as 311,000 died. The W.H.O. in November announced a program to eradicate the disease completely by the year 2030.

MobileODT, a start-up based in Tel Aviv, uses smartphones and artificial intelligence to screen for cervical cancer. A smart colposcope — a portable imaging device that’s one and a half times the size of a smartphone — is used to take a photograph of a woman’s cervix from a distance of about a meter (3 feet). The image is then transmitted to the cloud via a smartphone, where artificial intelligence is used to identify normal or abnormal cervical findings.

A diagnosis is delivered in about 60 seconds — compared to the weeks it takes to receive the results of a standard smear test (which, in developing countries, extends to months.) In addition to this screening, doctors still use smear tests.

The technology was recently used to screen 9,000 women during a three-month period in the Dominican Republic as part of a government-led campaign, the company announced last month. Another 50,000 women are expected be screened in the next six months.

Leon Boston, the South African-born chief executive of MobileODT, said the privately owned company was selling into about 20 different countries including the United States, India, South Korea and Brazil, and is going into a fund-raising round to build on its initial seed money of $24 million.

But the leading cause of cancer among women all over the world is breast cancer. One French start-up is focused on dealing with its aftermath. Lattice Medical has developed a 3-D printed hollow breast implant that allows for the regeneration of tissue and is absorbed by the body over time.

How it works: Post-mastectomy, the surgeon harvests a small flap of fat from the area immediately around the woman’s breast and places it inside the 3-D-printed bioprosthesis. That piece of tissue grows inside the implant, and eventually fills it out. In the meantime, the 3-D-printed shell disappears completely 18 months later.

So far, tests on animals have been encouraging, said Julien Payen, the company’s co-founder and chief executive. Clinical trials on women are expected to start in 2022, with the aim of getting the product into the market in 2025, he added.

Asked why the global femtech market was so small for technology companies, Mr. Boston said it was partly because of the “high level of regulation” involved in medical technology.

“If your technology is incorrect and comes up with the wrong result, a woman who thinks she’s not positive for cervical cancer is actually positive,” he said. As a result, “the world of medical technology is slow to move.”

Still, prospects are favorable, according to Mr. Boston. “It’s very rare to have a totally barren market open for full potential, as we have today in medical technology,” he said.

The data forecasts appear to back that up. According to a March 2020 report by Frost & Sullivan, a research and strategy consultancy, revenue from femtech is expected to reach $1.1 billion by 2024.

Mr. Payen explained that for the femtech market to expand and develop, there have to be many more tech companies offering genuine health benefits to women, not just well-being apps crowding the market and adding little in terms of health or medical value. He cited the example of Endodiag, a French medical technology company that allows early diagnosis of endometriosis and a better management of the condition.

“Over the last 10 years, thanks to #MeToo and other movements, women are being listened to and heard more than ever before,” Mr. Payen said. And “more and more women are running companies and investment funds,” he added.

“In 10 or 15 years from now, as a new generation takes over, things will have changed even more radically,” he said. “Femtech is clearly poised to grow.”