Home » Health » Had Covid? You May Need Only One Dose of Vaccine, Study Suggests

People who have already been sick with Covid-19 should still be vaccinated, experts say, but they may experience intense side effects even after one dose. 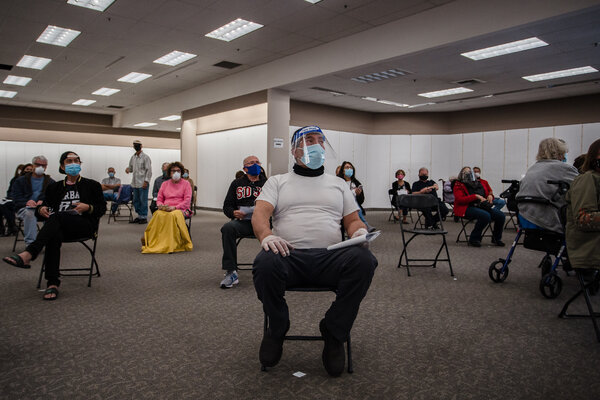 Shannon Romano, a molecular biologist, came down with Covid late last March, about a week after she and her colleagues shut down their lab at Mount Sinai Hospital. A debilitating headache came first, followed by a fever that kept rising, and then excruciating body aches. “I couldn’t sleep. I couldn’t move,” she said. “Every one of my joints just hurt inside.”

It was not an experience she wanted to repeat — ever. So when she became eligible for the Covid-19 vaccine earlier this month, she got the shot.

Two days after her injection, she developed symptoms that felt very familiar. “The way my head hurt and the way my body ached was the same headache and body ache I had when I had Covid,” she said. She recovered quickly, but her body’s intense response to the jab caught her by surprise.

A new study may explain why Dr. Romano and many others who have had Covid report these unexpectedly intense reactions to the first shot of a vaccine. In a study posted online on Monday, researchers found that people who had previously been infected with the virus reported fatigue, headache, chills, fever, and muscle and joint pain after the first shot compared more frequently than did those who had never been infected. Covid survivors also had far higher antibody levels after both the first and second doses of the vaccine.

Based on these results, the researchers say, people who have had Covid-19 may need only one shot.

“I think one vaccination should be sufficient,” said Florian Krammer, a virologist at the Icahn School of Medicine at Mount Sinai and an author on the study. “This would also spare individuals from unnecessary pain when getting the second dose and it would free up additional vaccine doses.”

While some scientists agree with his logic, others are more cautious. E. John Wherry, director of the University of Pennsylvania’s Institute for Immunology, said that before pushing for a change in policy, he would like to see data showing that those antibodies were able to stop the virus from replicating. “Just because an antibody binds to a part of the virus does not mean it’s going to protect you from being infected,” he said.

It might also be difficult to identify which people have previously been infected, he said. “Documenting that becomes a really potentially messy public health issue,” he said. 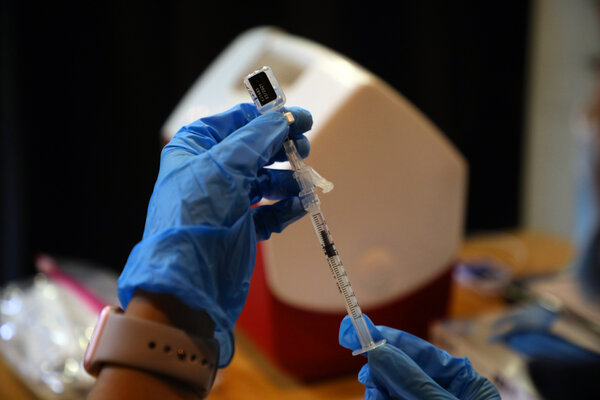 Side effects after vaccination are entirely expected. They show that the immune system is mounting a response and will be better prepared to fight off an infection if the body comes into contact with the virus. The Pfizer and Moderna vaccines are particularly good at evoking a strong response. Most participants in the companies’ trials reported pain at the injection site, and more than half reported fatigue and headaches.

The clinical trials of the authorized vaccines from Pfizer and Moderna, which included more than 30,000 participants each, suggest that most people experience the worst side effects after the second jab. And in the Moderna study, people who had previously been infected actually had fewer side effects than those who hadn’t.

But anecdotally, researchers are hearing from a growing number of people like Dr. Romano who felt ill after one shot. “They describe these symptoms much more vigorously,” Dr. Wherry said.

That matches what Dr. Krammer and his colleagues found in their new study, which has not yet been published in a scientific journal. The researchers assessed symptoms after vaccination in 231 people, of whom 83 had previously been infected, and 148 had not. Both groups widely reported experiencing pain at the injection site after the first dose. But those who had been infected before more often reported fatigue, headache and chills.

The team also looked at how the immune system responded to the vaccine in 109 people — 68 of whom had not previously been infected and 41 who had — and found a more robust antibody response in the latter group. The numbers, however, are small, and so the study’s conclusions will need to be further investigated with more research, experts said. 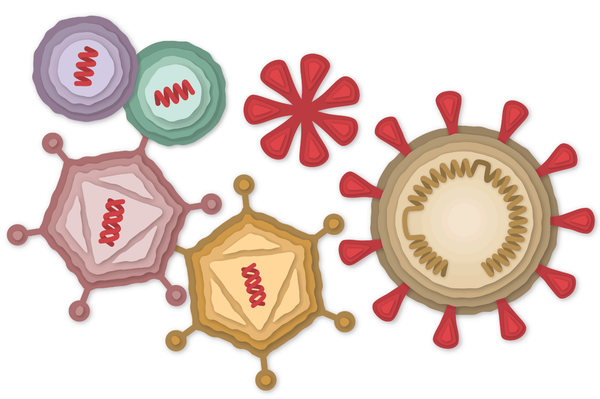 See how the leading vaccines train the immune system to fight the virus.

It’s not necessarily surprising that previously infected individuals might experience more intense reactions. Both shots contain bits of genetic material that spur the body to manufacture spike proteins, the knobby protrusions on the coronavirus’s surface. People who have already been infected with the virus have immune cells that are primed to recognize these proteins. So when the proteins show up after vaccination, some of those immune cells go on the attack, causing people to feel sick.

Dr. Susan Malinowski, an ophthalmologist in Michigan who had Covid-19 in March, certainly felt like her body was under attack after she received the Moderna vaccine. She got the first shot before lunch on New Year’s Eve. By dinner, she was starting to feel ill. She spent the next two days miserable in bed.

“I had fevers. I had chills. I had night sweats. I had pain everywhere in my body,” she said. “I was actually more ill after the vaccine than I was with Covid.”

Questions about more severe vaccine reactions in people who have already had Covid came up at a Jan. 27 meeting of an expert committee that advises the Centers for Disease Control and Prevention.

Answers to Your Vaccine Questions

Currently more than 150 million people — almost half the population — are eligible to be vaccinated. But each state makes the final decision about who goes first. The nation’s 21 million health care workers and three million residents of long-term care facilities were the first to qualify. In mid-January, federal officials urged all states to open up eligibility to everyone 65 and older and to adults of any age with medical conditions that put them at high risk of becoming seriously ill or dying from Covid-19. Adults in the general population are at the back of the line. If federal and state health officials can clear up bottlenecks in vaccine distribution, everyone 16 and older will become eligible as early as this spring or early summer. The vaccine hasn’t been approved in children, although studies are underway. It may be months before a vaccine is available for anyone under the age of 16. Go to your state health website for up-to-date information on vaccination policies in your area

You should not have to pay anything out of pocket to get the vaccine, although you will be asked for insurance information. If you don’t have insurance, you should still be given the vaccine at no charge. Congress passed legislation this spring that bars insurers from applying any cost sharing, such as a co-payment or deductible. It layered on additional protections barring pharmacies, doctors and hospitals from billing patients, including those who are uninsured. Even so, health experts do worry that patients might stumble into loopholes that leave them vulnerable to surprise bills. This could happen to those who are charged a doctor visit fee along with their vaccine, or Americans who have certain types of health coverage that do not fall under the new rules. If you get your vaccine from a doctor’s office or urgent care clinic, talk to them about potential hidden charges. To be sure you won’t get a surprise bill, the best bet is to get your vaccine at a health department vaccination site or a local pharmacy once the shots become more widely available.

Probably not. The answer depends on a number of factors, including the supply in your area at the time you’re vaccinated. Check your state health department website for more information about the vaccines available in your state. The Pfizer and Moderna vaccines are the only two vaccines currently approved, although a third vaccine from Johnson & Johnson is on the way.

That is to be determined. It’s possible that Covid-19 vaccinations will become an annual event, just like the flu shot. Or it may be that the benefits of the vaccine last longer than a year. We have to wait to see how durable the protection from the vaccines is. To determine this, researchers are going to be tracking vaccinated people to look for “breakthrough cases” — those people who get sick with Covid-19 despite vaccination. That is a sign of weakening protection and will give researchers clues about how long the vaccine lasts. They will also be monitoring levels of antibodies and T cells in the blood of vaccinated people to determine whether and when a booster shot might be needed. It’s conceivable that people may need boosters every few months, once a year or only every few years. It’s just a matter of waiting for the data.

Employers do have the right to compel their workers to be vaccinated once a vaccine is formally approved. Many hospital systems, for example, require annual flu shots. But employees can seek exemptions based on medical reasons or religious beliefs. In such cases, employers are supposed to provide a “reasonable accommodation” — with a coronavirus vaccine, for example, a worker might be allowed to work if they wear a mask, or to work from home.

If you have other questions about the coronavirus vaccine, please read our full F.A.Q.

Dr. Pablo J. Sánchez, a committee member from the Research Institute at Nationwide Children’s Hospital in Columbus, Ohio, noted that he has heard from people who had a response to the vaccine that was worse than their previous experience with Covid-19. He suggested that a question about prior infection be added to the information that the C.D.C. requests from vaccine recipients. “It’s not asked,” Dr. Sánchez said. “I do think that is really important.”

Dr. Tom Shimabukuro of the C.D.C., who presented safety data to the committee, said that the agency was investigating the issue. “There’s limited data on that right now but we are looking at ways to which we can get better information,” he said.

People who have had Covid seem to be “reacting to the first dose as if it was a second dose,” said Akiko Iwasaki, an immunologist at the Yale School of Medicine. So one dose is probably “more than enough,” she said.

A study published earlier this month reported that surviving a natural infection provided 83 percent protection from getting infected again over the course of five months. “Giving two doses on top of that appears to be maybe overkill,” she added.

Shane Crotty, an immunologist at the La Jolla Institute for Immunology, pointed out that a more intense vaccine response typically means better protection. If someone had a big response to the first dose, “I would expect that skipping that second dose would be wise and also that the second dose probably is unnecessary,” he said.

But other immunologists suggest everyone stick to two doses. “I’m a big proponent of the right dosing and right schedule, because that’s how the studies were performed,” said Maria Elena Bottazzi, an immunologist at Baylor College of Medicine in Houston.

And getting two shots doesn’t seem to pose any danger to those who have had Covid.

Still, Dr. Malinowski, the ophthalmologist, wishes there were fewer questions and more answers. If vaccine side effects really are more intense in people who have already been infected, health officials could give people a heads up, she said.

“It would be nice to know that, Hey, you might not be able to get out of bed for two days,” Malinowski said. She has decided not to return for a second dose.

Dr. Romano of Mount Sinai Hospital is due for her second shot in February, and isn’t sure what she will do. “My friends who are immunologists, we’ve all sort of been discussing this among ourselves,” she said. “Chances are I’ll probably get it. But I want to think about it a little bit more before I do.”