Experts are concerned that the company has not been more forthcoming about two participants who became seriously ill after getting its experimental vaccine. 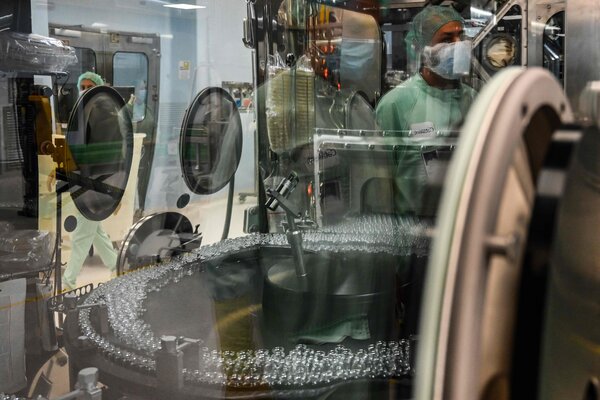 AstraZeneca revealed details of its large coronavirus vaccine trials on Saturday, the third in a wave of rare disclosures by drug companies under pressure to be more transparent about how they are testing products that are the world’s best hope for ending the pandemic.

Polls are finding Americans increasingly wary of accepting a coronavirus vaccine. And scientists inside and outside the government are worried that regulators, pressured by the president for results before Election Day on Nov. 3, might release an unproven or unsafe vaccine.

“The release of these protocols seems to reflect some public pressure to do so,” said Natalie Dean, a biostatistician and expert in clinical trial design for vaccines at the University of Florida. “This is an unprecedented situation, and public confidence is such a huge part of the success of this endeavor.”

Experts have been particularly concerned about AstraZeneca’s vaccine trials, which began in April in Britain, because of the company’s refusal to provide details about serious neurological illnesses in two participants, both women, who received its experimental vaccine in Britain. Those cases spurred the company to halt its trials twice, the second time earlier this month. The studies have resumed in Britain, Brazil, India and South Africa, but are still on pause in the U.S. About 18,000 people worldwide have received AstraZeneca’s vaccine so far.

AstraZeneca’s 111-page trial blueprint, known as a protocol, states that its goal is a vaccine with 50 percent effectiveness — the same threshold that the Food and Drug Administration has set in its guidance for coronavirus vaccines. To determine with statistical confidence whether the company has met that target, there will have to be 150 people ill with confirmed coronavirus among participants who were vaccinated or received placebo shots.

However, the plan anticipates that a safety board will perform an early analysis after there have been just 75 cases. If the vaccine is 50 percent effective at that point, it might be possible for the company to stop the trial early and apply for authorization from the government to release the vaccine for emergency use.

In allowing only one such interim analysis, AstraZeneca’s plan is more rigorous than the others that have been released, from Moderna and Pfizer, Dr. Eric Topol, a clinical trials expert at Scripps Research in San Diego, said in an interview. Moderna allows two such analyses, and Pfizer four.