Home » Health » ‘A shadow of what I was’: COVID-19 ‘long-haulers’ shed light on brain-related symptoms

As Canada’s coronavirus case count nears 300,000, a number of people are reporting what’s believed to be adverse effects on the brain due to COVID-19.

Confusion, inability to focus, loss of memory, brain fog and tiredness are all symptoms that people have said they’re experiencing, both close to when they first started feeling sick and weeks or months later.

While much research still needs to be done on the subject, there have been a few studies that provide some early background on the course of COVID-19’s symptoms.

For example, a report released through the U.S. Centers for Disease Control and Prevention (CDC) found 35 per cent of survey respondents who received a positive coronavirus test result and were symptomatic hadn’t returned to their usual state of health when interviewed two to three weeks after getting tested. Among those in the age group of 18 to 34 with no chronic medical conditions, one in five hadn’t returned to their regular state of health.

Dr. Robert Stevens, an anesthesiology and critical care medicine professor at the Johns Hopkins University School of Medicine in Baltimore, M.D., has been tracking patients with COVID-19 who also have neurological issues.

“We had a big surge of COVID cases back in April, May, so I was personally taking care of quite a few of these patients in the intensive care unit,” Stevens said.

“A significant proportion of these patients presented with a range of different neurological signs, and so we thought that we probably should study this in a more structured, scientific fashion.”

Stevens’ ongoing research focuses on moderate and severe novel coronavirus cases that have been admitted to the hospital.

Among these types of cases, he said, there can be a number of different neurological presentations.

“We estimate that probably 50 to 60 per cent of patients admitted to the hospital with moderate and severe COVID-19 will experience delirium at some point during their stay,” he added.

“It’s been reported by other groups, but we haven’t seen it here,” he said.

“Things like headache, muscle pain, loss of sense of smell — those have been reported much more in people with milder symptoms, the ones who are not hospitalized.”

Global News has spoken with a number of Canadians who have reported experiencing neurological and cognitive signs, from what’s believed to be associated with the novel coronavirus, for weeks and months. These individuals, most of whom are members of a COVID-19 “long-haulers” Facebook support group, told Global News they didn’t receive an official coronavirus diagnosis when they started feeling sick between February and May, although some were diagnosed later on or told by doctors that they likely had SARS-CoV-2. Here are their stories: 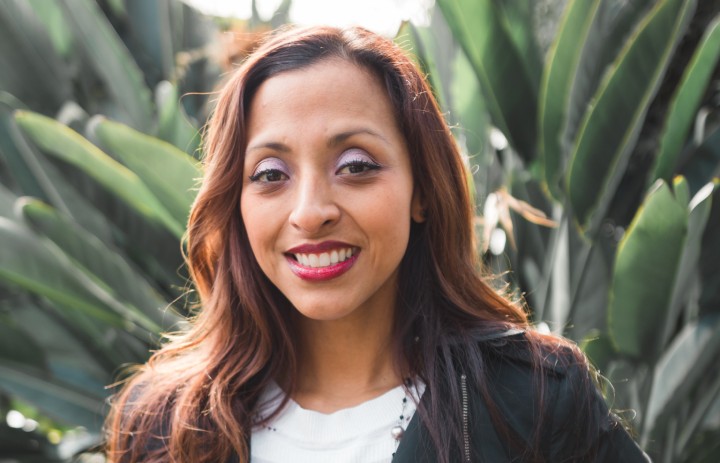 “I became ill mid-May. Mid-June, I got diagnosed with post-viral syndrome from a virus, and in mid-July, from another doctor, I got diagnosed with post-viral syndrome likely from COVID. I had tremors probably like four days after getting ill and internal vibrations. Later on, I felt that there was a lot of confusion happening. I was getting very mixed up — speaking, reading and even writing. I’m bilingual, and I’m fluent, and I couldn’t read my first language. Doing math is so hard, and it’s just simple math.

It’s a constant check-in with doctors, following up, ordering tests, having to go to labs. We are just clinging on to hope to get symptoms treated or just to find out what’s going on. None of us know when this is going to end. It’s kind of hard to live day to day. We’re having to think about just each day because we don’t know what each day is going to bring.

This is not just about life and death. This is about everything in between there as well. No one is immune. Everybody should protect themselves and try to protect others because we just don’t know who is going to be affected. I was very active. I was in the best health of my life. My life has just changed so much. I am a fraction of who I was.” 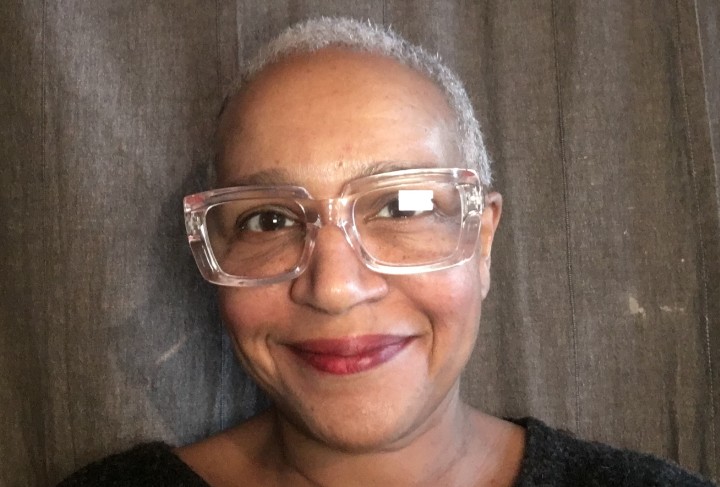 “I don’t have a positive COVID test. My first symptom was mid-March. Around March 15, I started to feel unwell — sore throat, nausea. The next thing that happened was rolling fevers, body aches, shortness of breath. Acutely, it lasted for about three weeks. Since then, I’ve had so many more symptoms. The big one was loss of taste, which was acute and very abrupt.

I spoke to a couple people at Mount Sinai that were like, ‘We’re seeing a lot of people who aren’t getting better that are testing negative. It seems like it’s COVID.’ Of course as a caveat, (they said) it could be another virus, but it’s unlikely that there’s two viruses running around at the same time. That was one medical professional. I’ve had a number who have not believed me or assumed that it was something else. 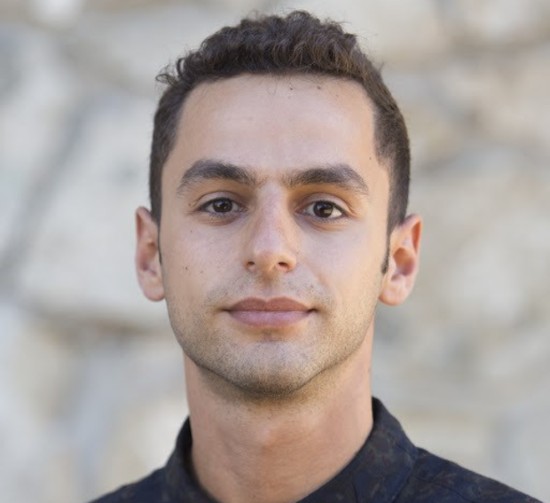 My brain-related symptoms include a general brain fog, I have trouble recalling words, difficulty reading long passages, thinking complexly, and in general, my memory has been really impacted. I have no pre-existing health conditions. Before this, I was in really good shape, working out three or four times a week. I was actually training for a marathon.

I’m currently on disability because of the neurological symptoms and my general fatigue. I didn’t receive an official confirmation that I was a COVID long-hauler probably until around May 1.

If I push myself too much, whether that’s walking too much or exerting myself mentally, I will relapse into some of those initial symptoms. The only way to get myself out of that really is just resting. I’m a shadow of what I was physically and mentally.” 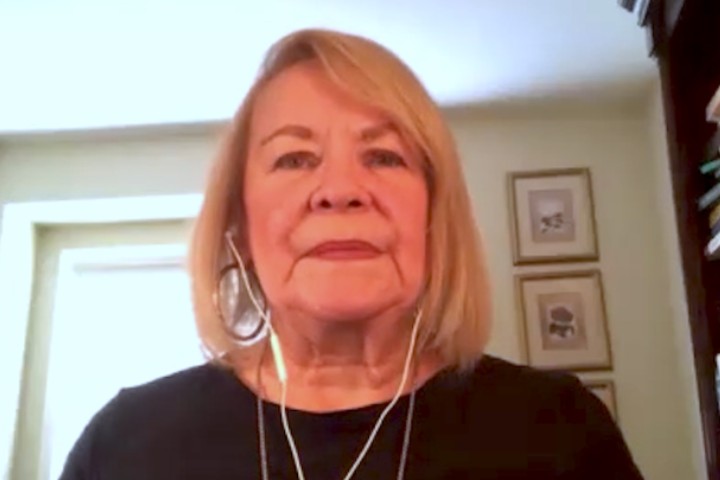 “I was diagnosed with COVID some time in May. I previously had a couple of X-rays that showed nothing, but finally the C-scan showed the culprit. I originally became sick on March 12, so it was a couple of months later that we confirmed that I probably had it.

I spent the first two months pretty well horizontal. I was very ill, sleeping 16 to 18 hours a day. I have trouble focusing on reading. I’ve also suffered some vertigo, losing my balance, but that seems to be gone now. It went on for about two to three weeks.

It’s brand new symptoms that keep showing up on a daily basis. I’m feeling 80 per cent better than I did at the beginning of this journey, but I’ve still got a way to go.

This is not something you want to go through, because if you think you’re going to be able to carry on with your life as you did pre-COVID, you can’t. Once you get over the worst part of it and the long-hauler symptoms keep coming at you, it’s like you have a little terrorist running around in your body, from your scalp to your toes, setting bombs off. You never know what’s going to hit you next.” 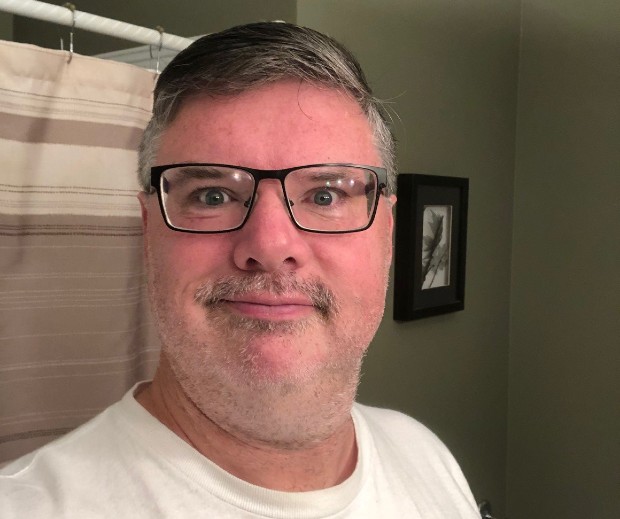 “I wasn’t formally diagnosed back when I originally got sick. It was the beginning of February and into March. Testing wasn’t widely available at that time in B.C. I was working with my family doctor the most and seeing him probably weekly through February, March and into April. We started testing me for lung function, heart function, liver tests, kidney tests, all kinds of blood tests. They all came back negative.

It was in the summer that I looked further into my symptoms, starting looking online for people with similar issues and found my people — the long-haulers. I discussed it with my doctor. My doctor is in agreement with me that it appears most likely that in February I had COVID.

For myself, it’s still a function of how tired I am. Part of what muddled my potential diagnosis early on is that I actually had a cold, possibly bronchitis, through December and January, and I was being treated at that time for that. It’s not uncommon for me to have a bad cough in the winter, but I truly crashed and burned in February. I was virtually bed-ridden for several months. I was diagnosed with diabetes a couple years ago, but nothing else.

Through February, March, April, I wasn’t able to work at all. It affects your ability to be with your family. I help out at my church, I help out at the local soup kitchen. I have to rest for a whole day ahead of time to be able to go in and fulfill those commitments.”

** The above interviews have been edited for length and clarity

When it comes to studying the presentation of long-term symptoms, Dr. Gerald Evans, chair of the division of infectious diseases at Queen’s University and Kingston Health Sciences Centre, said it’ll be important to distinguish between those who’ve been truly infected with COVID-19 and those for whom there’s no evidence they’ve ever had the virus.

For people who haven’t received an official coronavirus diagnosis but are observing long-term effects, Stevens said they should get a serological test, which measures antibodies in the bloodstream that are associated with SARS-CoV-2.

“It becomes tricky because a lot of the symptoms that people are reporting are not terribly specific — things like trouble concentrating, headache, brain fog,” he said. “These can be symptoms of a number of other things as well.”

Dr. Adrian Owen, a professor of cognitive neuroscience at Western University, and Dr. Rick Swartz, an associate professor in the department of medicine (neurology) at the Sunnybrook Health Sciences Centre and University of Toronto, are working together on a COVID-19 brain study, which will look at answering questions surrounding the possible neurological effects of COVID-19 and long-term impacts.

“Many people are saying, ‘I’ve got brain fog, I can’t concentrate anymore,’” Owen said. “We want to try and understand what that is, and the only way to do that is to use some fairly sophisticated cognitive assessment methods.”

Before the pandemic, Owen said his team published research looking at survivors who went into the ICU for issues that didn’t relate to the brain, yet every single person left with cognitive problems.

“Part and parcel of what we’re going to have to try and sort out with COVID-19 is, how much of this is the typical kind of neurologic or neuropsychiatric effects that one sees with anyone who gets a severe illness, which causes them to be hospitalized, versus what is specific to COVID-19?” Evans said.

Currently, there’s more than 50 million coronavirus cases worldwide. The majority of those people, Stevens said, either have mild symptoms or none at all.

“The complicated cases that we’re talking about, people with neurological symptoms and so forth, I think (are) a minority,” he said.

“I strongly suspect that some patients will have long-lasting effects from COVID, but I don’t think any …of the investigators are able to say confidently which of the patients that are most likely to exhibit these long-lasting symptoms versus those who are not.”

As scientists search for new COVID-19 therapies, Stevens said it’s important to think about how those therapies could protect the brain, in addition to treating and getting rid of the virus.

“We need to understand how these therapies could potentially protect the brain and reduce the likelihood of neurological symptoms and signs,” he said.