NEW YORK (Reuters) – The S&P 500 rose 6% on Tuesday, clawing back a significant portion of Monday’s steep losses, as the Federal Reserve and the White House took further steps to boost liquidity and stem damage from the coronavirus outbreak that has gripped the global economy.

The U.S. central bank relaunched a financial crisis-era purchase of short-term corporate debt to help companies be able to continue paying workers and buy supplies through the pandemic.

The move to buy back commercial paper followed several emergency measures taken by the Fed on Sunday, including slashing interest rates to near zero.

Also on Tuesday, the Trump administration pursued an $850 billion stimulus package to buttress the economy and mulled sending Americans $1,000 checks within two weeks.

“This issue about liquidity has been a concern, and that’s what they’re trying to alleviate,” said Stephen Dover, head of equities at Franklin Templeton.

“That said, what is as big a factor is that since this is a consumer-driven slowdown, you have to have fiscal stimulus… and we’re seeing around the world very large fiscal stimulus, so that’s a lot of what is affecting the market now.”

The pandemic is causing severe business and travel disruptions across the globe as people stay home and avoid their usual activities. Many companies have warned of lower revenue, and most market watchers are bracing for a U.S. recession.

With the day’s bounce, the market has retraced only part of its recent losses. The S&P 500, which on Monday fell 12% in its biggest one-day decline since the 1987 Black Monday crash, is still down 25.3% from its Feb. 19 record closing high, and many market-watchers see more volatility ahead.

“We’re far from out of the woods. We haven’t had back-to-back positive days for two weeks,” said Michael James, managing director of equity trading at Wedbush Securities. 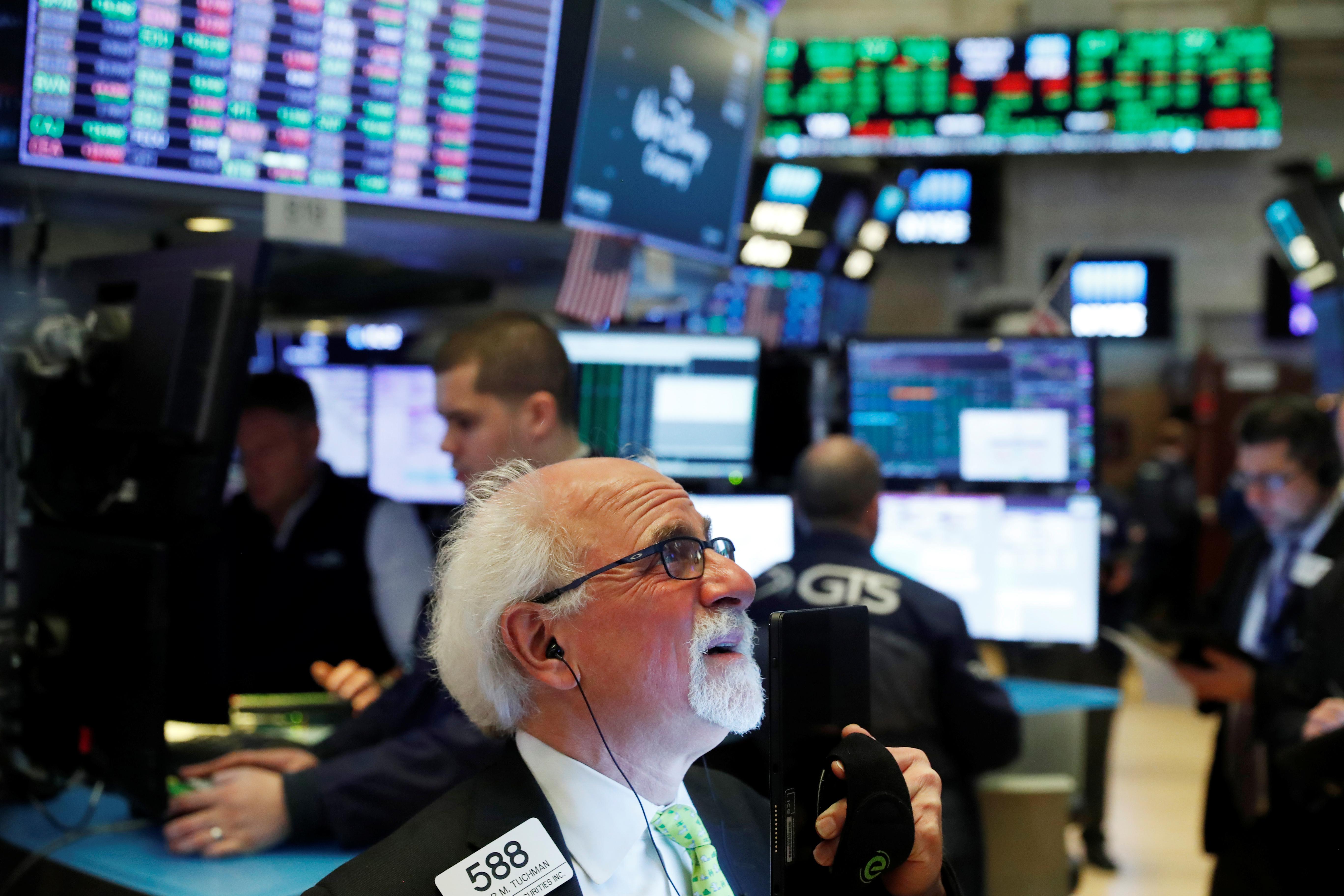 So far though, many of the measures announced by policymakers and the government have not been able to stem the recent sell-off in stocks for long.

Monday’s drop was the S&P 500’s third-biggest daily percentage drop, beaten only by the 1987 rout and the Great Depression crash in 1929.

Some of the biggest decliners in the S&P 500 in the last month include cruise operators like Norwegian Cruise Line Holdings (NCLH.N), hotels such as MGM Resorts (MGM.N), clothing companies like Capri Holdings (CPRI.N) and department stores, including Macy’s (M.N).

Another company that has suffered sharp losses is Boeing Co (BA.N). Its shares tumbled again on Tuesday following a rating downgrade that reflected its worsening cash flow due to the extended grounding of its 737 MAX jet and the blow from the coronavirus pandemic.

Equity investors were playing it somewhat safe on Tuesday, giving the biggest boosts to so-called defensive sectors known for reliable dividends. Among the S&P’s 11 major industry sectors, utilities .SPLRCU was the biggest percentage gainer, adding 13%, followed by consumer staples .SPLRCS, which rose 8.4%. Growth sectors also got some attention, with technology .SPLRCT climbing 6.8% a day after its record daily percentage decline. 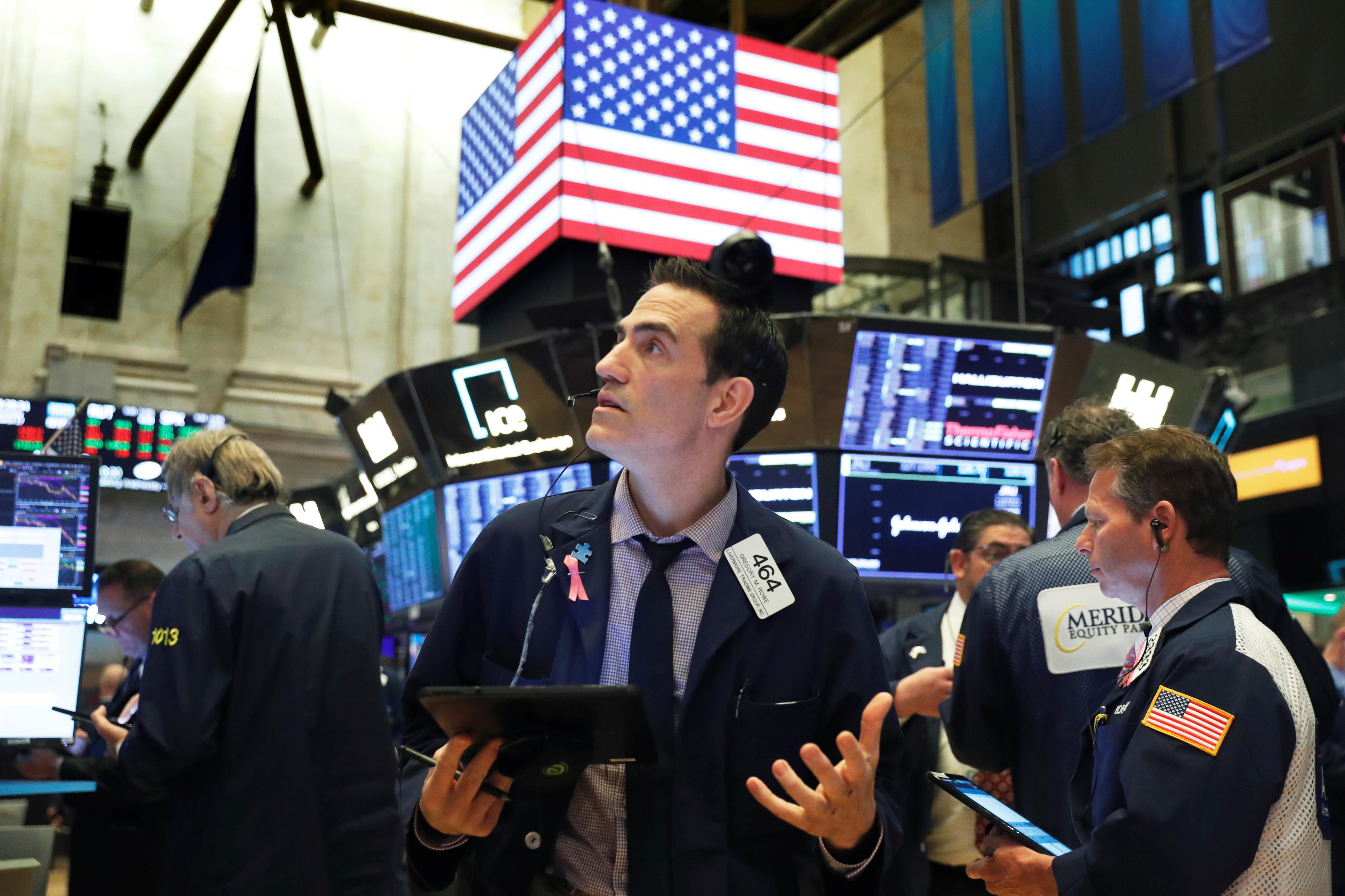 Regeneron Pharmaceuticals Inc (REGN.O) jumped 11.5% after the company said it had identified antibodies that could potentially treat COVID-19.Advancing issues outnumbered declining ones on the NYSE by a 1.44-to-1 ratio; on Nasdaq, a 1.95-to-1 ratio favored advancers.

On U.S. exchanges, 16.9 billion shares changed hands compared with the 13.98 billion average for the last 20 sessions.

Investors cited potential problems in reducing trading hours after U.S. Treasury Secretary Steven Mnuchin said at a news conference that the Trump administration intends to keep markets open but that shortened trading hours may be needed at some point.