Soroca began her nearly 25-year career as a buyer at Saks Fifth Avenue in New York, before joining Theory as vice president of sales. She then returned to Saks for another three years, until she moved on to Dutch, LLC, where she oversaw West Coast brands Joie, Current/Elliott and Equipment as president of sales. Most recently, she was president at Frame for nearly four years.

“Over the past five years since they launched, I was just so impressed by how much they’ve done organically,” Soroca said of Dôen founders, sisters Margaret and Katherine Kleveland, who built their brand of priced-right, floral, feminine dresses and blouses through a collective of female tastemakers with social media reach.

“They have such a loyal and passionate customer,” she continued. “They’ve created this unbelievable DNA. Dôen has a very clear aesthetic and well-defined goals, and I think that all of the building blocks are there already. So, walking in at this time, while they’ve seen such tremendous success organically, I think they felt that it was an opportunity to bring on a partner who could work with them to set strategy. Short-term strategy where we might have opportunity in category growth, and longer-term strategy for what our retail expansion looks like, what our opportunity from a global expansion standpoint looks like.”

Dôen launched in 2016 with women’s dresses, nightgowns and tops, and has since expanded into children’s clothing, chunky knits, denim and T-shirts, loungewear as well as mary janes, ballet flats and accessories. Prices are $115 to $598. And fans include actress Busy Philipps, Zoë Kravitz, Lily Aldridge, Zoey Deutch, Samantha Traina, and hairstylist Tracey Cunningham, a partner in the business. The Klevelands opened their first store in Brentwood Country Mart in 2019, and have collaborated with Net-a-porter on capsule collections, as well as with Liberty and home accessories designer Heather Taylor.

The brand’s dreamy, visual style begins with seasonal look books photographed by founding partner and creative consultant Hilary Walsh in destinations around the world. Curated by content director and partner Phoebe Dean, an online journal spotlights women of the Dôen community (sometimes photographed with their children, and always wearing the brand), such as chef Lori Stern, surfer Tori Praver and actress Heather Simpson. Female empowerment and motherhood are brand touchstones. 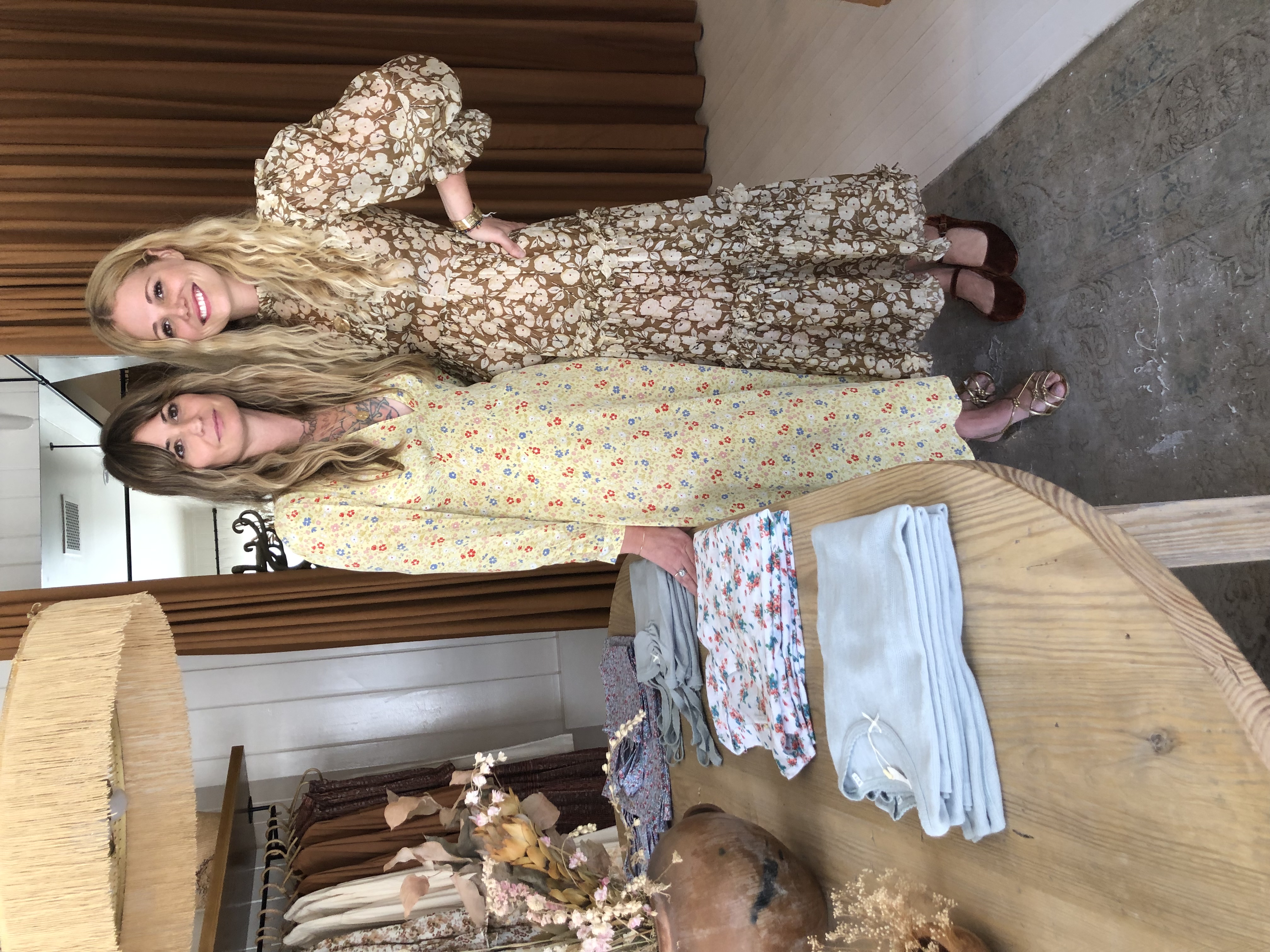 Though Soroca is based in New York, she’s accustomed to being bicoastal for work, having worked previously with Katherine at Joie.

“She grew from overseeing just our shoe design to the entire brand, and we spent seven years there together building the brand,” Soroca said. “It was almost like a marriage, honestly. There were times where she had to push me a little harder and say, ‘This is really what I need from a creative standpoint,’ and [I made] sure that she was giving me what I needed from a business standpoint. Ultimately, the success of what we were able to create at Joie was in huge part driven by that balance and that relationship.”

Soroca’s past experience is centered around brand and retail building, expanding companies to have a more digital presence and balanced distribution model.

“This addition to our team comes at a pivotal moment of growth for the company, wherein strategy, efficiency and responsible business practices are of the utmost importance,” said Katherine in a statement. “Dôen is excited to have Holly’s decades of expertise join our executive team to drive these initiatives and take the company to our next milestone of growth. We have been diligent in building this brand with intentionality and purpose. We’re now ready for the next stage, and Holly is sure to be a propelling force forward.”

“There is a certain magic and kismet around the working dynamic of Katherine’s creative leadership and Holly’s merchandising instinct and expertise,” added Margaret. “Holly is an impressive leader with a history of running brands and businesses as if they were her own, and we know how deeply impactful she has been in shaping, developing and building brands. We are thrilled that sense of ownership be realized in a meaningful way with Holly as our partner.”