Until last week, Tom Ford — designer, film director and chairman of the Council of Fashion Designers of America — had never done an Instagram Live interview. In fact, he said, he exists on Instagram under a secret name, known only to close friends, to protect his privacy and see what people are doing. (His corporate account is run by an employee.) But he agreed to talk to The New York Times for a special fashion week series, speaking from his empty atelier in Los Angeles. This interview has been edited and condensed.

Vanessa Friedman New York Fashion Week just ended, even if many people may not have realized it began! You were supposed to close out the collections, but the digital reveal was postponed a week. What happened?

Tom Ford We had a Covid outbreak in our L.A. atelier. Two people. They’re OK, but we all had to quarantine. The collection’s not finished, even though we were supposed to post all of our lookbook images today. Hopefully we’ll do it next week. I won’t complain. Everyone’s in the same situation, but it’s been hard.

VF Wait, the collection is not finished? Do you always design so close to the wire?

VF So you think we going to get dressed up again?

TF Of course. I’ve been wearing these same dirty jeans with holes in them and this same dirty jean shirt for, it seems like, months. As soon as we can go out again, we’ll want to dress up. It’s only natural.

VF What about shows? Is that whole circus coming back? 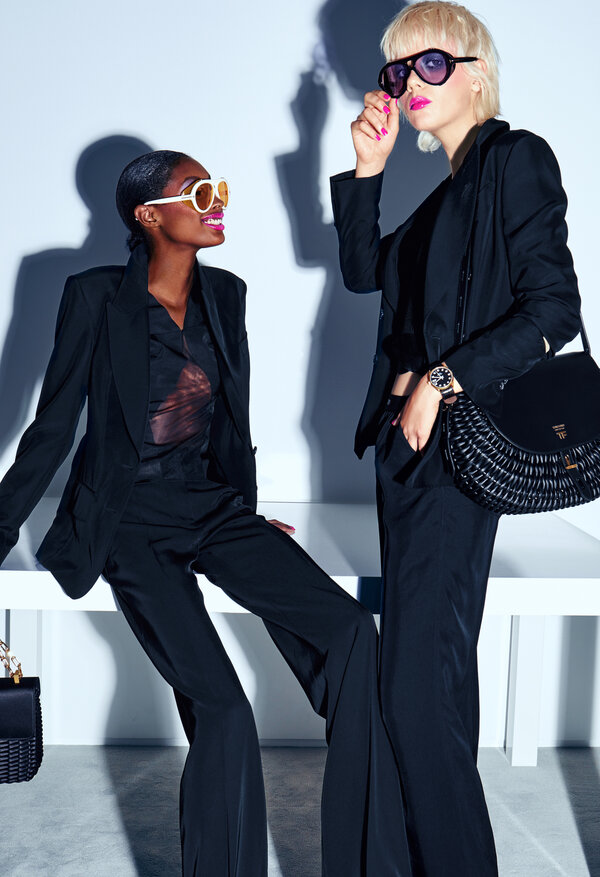 VF Speaking of the Oscars, how does your career as a film director relate to your work as a designer?

TF You’re not God of the world, but you are God of that film. You decide what people say, what they do, where they go, whether they die, whether they live. You create something, and it’s very permanent. Fashion is not, sadly, as permanent.

You know, you can look at a beautiful dress from a different period, and you can admire it and say “Wow,” and you can look at the pictures, but you will never have the feeling that person at the dinner party felt when this woman walked into the room, or that man walked into the room, and what you saw for the first time was new and fresh and beautiful, and it just took your breath away.

VF You say fashion is not permanent, and over the summer people talked a lot about seizing the moment for change. But now there’s talk among big brands about going right back to the old system once things open up.

TF We probably will because the system is driven by the consumer. Last season I did not do pre-collections, and the CFDA in combination with the British Fashion Council, issued a letter that we really wanted to return to two collections a year. But you lose business if you don’t have pre-collections. We have trained the consumer to think there’s something new every few months.

On the other hand, we have found that we don’t need to travel as much as we thought.

TF Personally, I don’t do fur anymore. I became vegan a few years ago. I remember watching a talk show with Adrian Grenier, who was talking about straws and plastic, and I thought, “Plastic straws, how’s that going to change the world?” I did a little research — it actually does change the world. I switched to metal straws. What I design is not meant to be thrown away.

VF Aside from sustainability, the other pressing issue facing fashion is the question of social justice. Do you believe the industry will change?

TF One of the very first things I did at the CFDA was to change the board to make sure it was more balanced racially, and balanced in terms of men and women. The CFDA is starting an in-house — I can’t legally call it a talent agency — but that is what it is. Fashion has taken so much from Black culture throughout history, so we owe a lot to the Black community.

I like to think of myself as colorblind, but I recognize, of course, that I’m not. I live in this world. I know I will never understand what it feels like to be a Black man or woman in our culture today, but we have to keep having the conversation.

VF What about another film?

TF I have two things I’m working on: an adaptation and an original screenplay. To be honest, I thought that during Covid I would have time to work on these. I’m so lucky, I have everything in the world, but I think everyone has felt a certain depression. It’s been a very turbulent year. And I have a child at home who hasn’t been to school in a year. So, unfortunately, I have not felt as creative as I thought I was going to feel.

VF What do you do in that situation?

TF I go to bed. Maybe I drink some coffee and lie in the bathtub and probably watch way too much CNN and MSNBC and just make myself even more agitated. I try to get some sleep, which I never get. I just lie in bed and stare at the ceiling.