At Thursday’s Latin Billboard Awards, Maluma wore two looks, one he designed himself and the other an outfit by Pyer Moss that he and his stylist Ugo Mozie 3rd codesigned with Kerby Jean-Raymond.

Maluma was honored with the Spirit of Hope Award for his work with his foundation in Colombia, which helps vulnerable youth use music, dance and art as therapeutic tools.

“For the Latin Billboards, the kids from my foundation and my family inspired me to get into the creative, visionary and fashion design mind-set for my look,” Maluma said in an e-mail. “I accepted an honorary award for my work with my foundation, so I thought it was right to design my own look. I wanted to have a color that represents purity and happiness with details that represent my brand with the pearl button accents with letters. I love pearls as they represent integrity and loyalty. I am loyal to working hard to help kids develop and accomplish their dreams in the arts.”

For his arrival look, which he designed himself under the name “Colors,” he wore a pink suit with shorts, and pearl button accessories that spelled out his name made by McKenzie Liautaud.

For the performance look, he and Mozie sought out Pyer Moss; the venture was an all-white silk outfit, inspired by Bobby Brown.

“Working on my performance look with Pyer Moss was amazing,” Maluma says. “[Jean Raymond] presented a Bobby Brown Nineties all-white silk look for the intimate piano concept, which had me excited as everything was in the silk materials and embroidery in the fabric with shiny stones to accent the mood lighting on stage. I love working with creatives like Pyer Moss that bring music, culture and influence together.”

“When Maluma told me he wanted to be classy and make a statement, I knew my friend Kerby Jean-Raymond would be able to bring that vision to life,” Mozie said. “Like Maluma, Kerby’s brand Pyer Moss represents heritage, activism and art. I knew the match would make magic. I wanted something timeless and achieved that.” 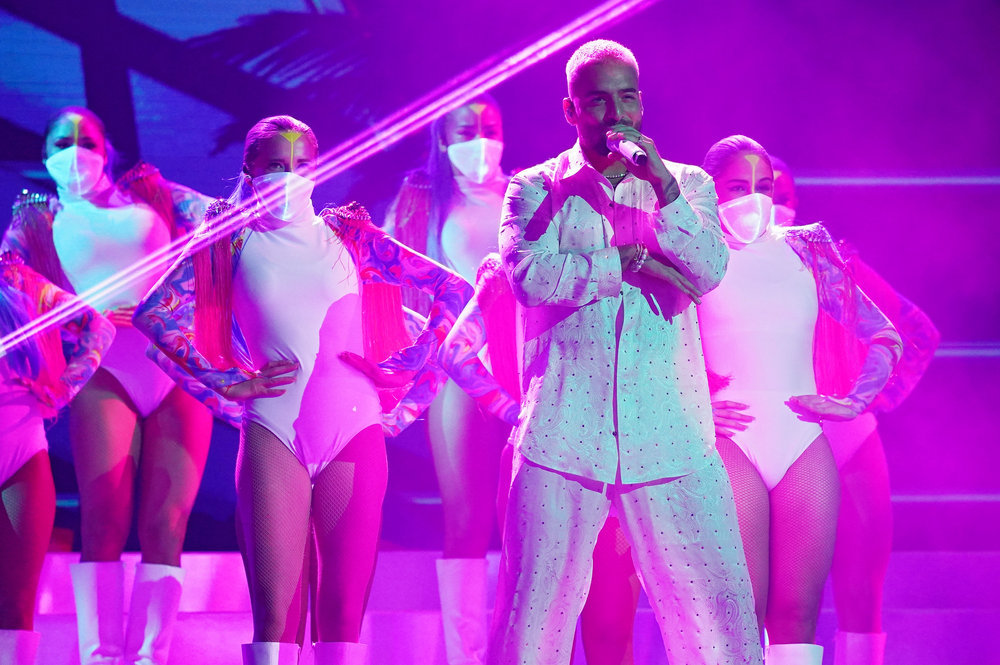 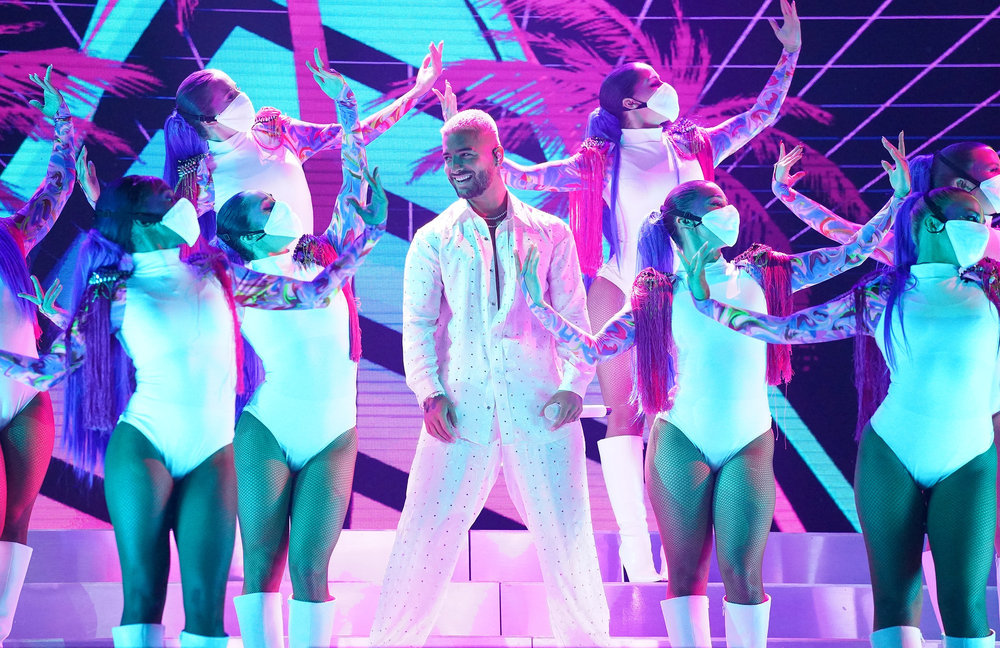