Home » Beauty & Balance » Hate Will Not Define My Life 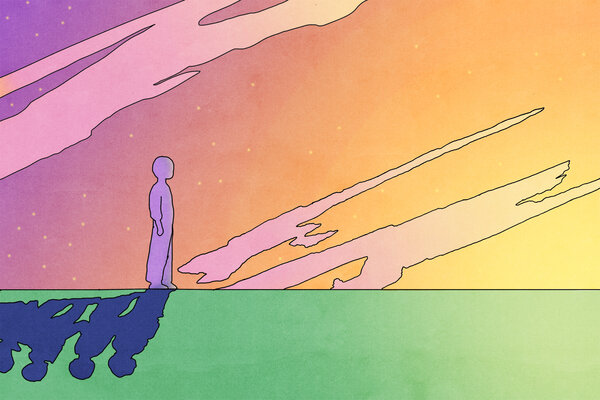 A year of violence toward Asians and Asian-Americans forced me to grieve, then act.

On a gray morning, just before the first lockdown, I bundled up and went on a brisk walk in Central Park. As my friend and I rounded a bend along the path where tourists ride horse-drawn carriages, a hipster-looking white guy breezed by on his skateboard. He looked me straight in the eye and, enunciating clearly, uttered one word — a racial slur so insidious it won’t appear in this essay.

Before I could even register what happened, he was gone, a racist on wheels.

Spoken as casually as a hello, the word landed like a punch to the gut. Never in my life had I heard that single syllable spoken aloud. My Asian-ness, at least the way I wore it, like an expensive designer dress — what you put on to get the job, land the deal, accept the award — made me stand out in a good way. Or so I believed. Unguarded on that bleak morning, my sheath of accomplishment and acceptance ripped away, I felt exposed and vulnerable.

I didn’t tell my parents what had happened. Worry is in our DNA, like an Asian family love language. But as much as my overprotective parents worried about me on my own in New York, I worried about them, 3,000 miles away in Los Angeles, a list of ailments growing longer by the yard. Five months after this experience, as both my home and theirs had become epicenters of the virus and racial unrest, I decided to move back in with them. Togetherness seemed better than the alternative.

Under the same roof for the first time in two decades, my parents and I observed each other as if we were mice in a lab, though it was unclear who ran the lab and who was the mouse. My mother monitored my eating — always too much or too little. My father kept close watch on the gas gauge of my car.

I assumed the role of human health app, prompting them to drink more water, eat less inflammatory food, exercise. We fell short of each other’s expectations daily. But seeing one another live and breathe at a time when neither was a given brought us peaceful nights of sleep.

My parents have always prepared for the worst: a go bag with passports and cash in their closet in case of taonan (a Chinese word that means “running for your life”), a blunt object by their bedside in case of robbery, an apocalyptic stash of toilet paper, water and ramen.

In kindergarten, when kids slanted their eyes and called me “Ching-Chong,” my father taught me how to throw a punch. Before I went to college, he forced me to take kung fu classes to learn self-defense. I got pepper spray as a stocking stuffer. My whole life I’ve wondered, what are we getting ready for?

The current atmosphere of violence is both new and not. The countries my parents and grandparents left behind, China and Taiwan, were places where everyone looked like them — same eyes, hair, skin. They were also places with a long history of civil war and conquerors.

My mom and dad will meet what comes after the pandemic with the same stoic equanimity they’ve cultivated as a result. It makes me admire and love them even more. How precious and precarious this time has been with them.

That day in the park, confronted by vitriol so eerily nonchalant, I froze in disbelief. But each time I see another video or read another headline about someone with a face like mine harassed, assaulted and targeted, I relive it.

To hurl hate at me is to say it to my parents. To shove an elderly person is to shove my grandparents. When one member of the community is attacked, we’re all attacked.

Many have asked me if I’m scared to re-enter the world, to let those I love out of my sight. The path and pace forward will be different for everyone. But moving through my own grief and anger, I’ve arrived at a more familiar place. Action.

I refuse to let my life after lockdown be defined by these acts of hate. I will not walk the streets afraid. I will support Asian-owned and businesses and those owned by other people of color. I will vote. I will organize. I will encourage the next generation to speak up.

I will look out for others the way I would want others to look out for my own family, and hope they do the same for mine. I’m ready.

Joyce Chang is a journalist and former editor in chief of Self Magazine. She is writing a novel inspired by her family.