ROBOT-OX: As fashion houses big and small are releasing ox-themed capsules to tap into the gifting tradition of China’s lunar New Year holiday, which lands on Feb. 12 this year, Gucci is taking a playful approach.

The Italian powerhouse is combining the celebrations for the Year of the Ox with the 50th anniversary of manga and anime character Doraemon, the Japanese cat-shaped robot, which comes to Earth to help young boy Nobita Nobi navigate his daily adventures.

On Jan. 12, the brand is releasing a dedicated collection for men and women adorned with the blue character overlaid on the signature GG motif. The collection comprises everything from knitwear to tambourine-shaped bags, tracksuits and even sneakers, bucket hats and silk scarves.

This is not the first time Gucci has partnered with the media franchise written and illustrated by Fujiko Fujio, the pen name of duo Hiroshi Fujimoto and Motoo Abiko, having already featured the character in its “Epilogue” collection presented last July.

The collection is available online, as well as through select Gucci stores, including at international Gucci Pins pop-up stores.

Marking its global rollout, the luxury house is promoting a range of activations. To wit: The manga character will take over the facades of Gucci stores in Australia, China, Hong Kong, India, Japan and Vietnam, among others. 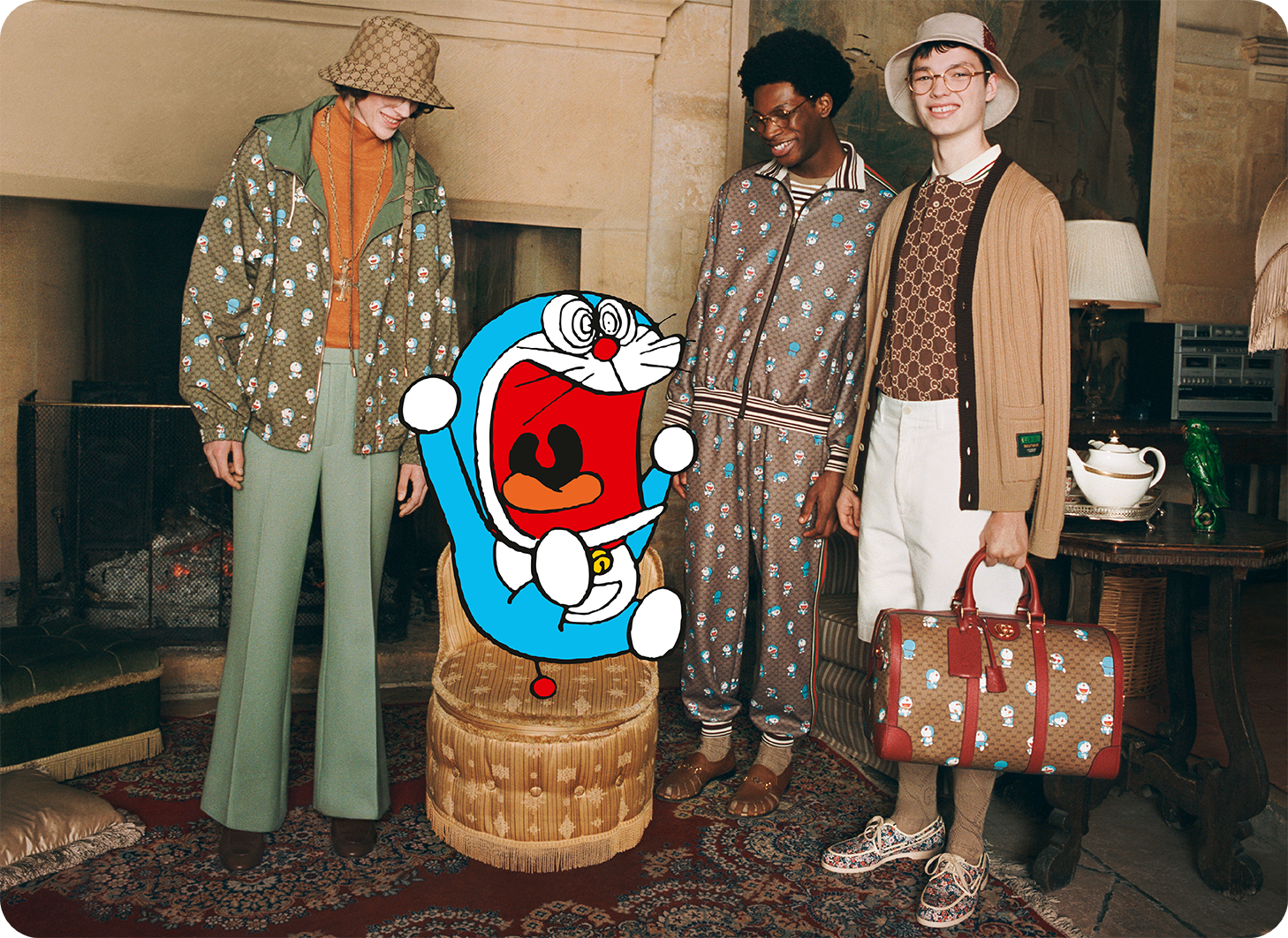 Two art walls in Shanghai and Hong Kong will further boost visibility, while the Gucci app will leverage augmented reality to bring the manga character to life. By scanning the art walls and the products’ packaging – which is fully sustainable – Doraemon will be seen dancing.

Photographer Angelo Pennetta was tapped to create playful campaign images in which smiling models enjoy the company of Doraemon inside a villa decorated with vintage furniture.

The company said a new iteration of the Doraemon x Gucci collection more specifically connected with the Chinese Year of the Ox will be released later this month.