EIGHT IS GREAT: The Duchess of Cambridge has snapped a picture of Prince George seated on a Land Rover Defender to mark his turning eight years old on July 22.

The little prince, who’s wearing a striped shirt, was photographed in Norfolk, England, near his parents’ home on Queen Elizabeth’s Sandringham Estate. The Defender is a nod to George’s late great-grandfather Prince Philip who died in April, two months short of his 100th birthday.

The Defender was Philip’s all-time favorite automobile. A forest green Land Rover — which he’d customized himself — carried his coffin to St. George’s Chapel on the grounds of Windsor Castle where the funeral took place.

The prince has had a lively summer so far in the runup to his birthday. Last month, he watched England’s national football team play at Wembley Stadium. 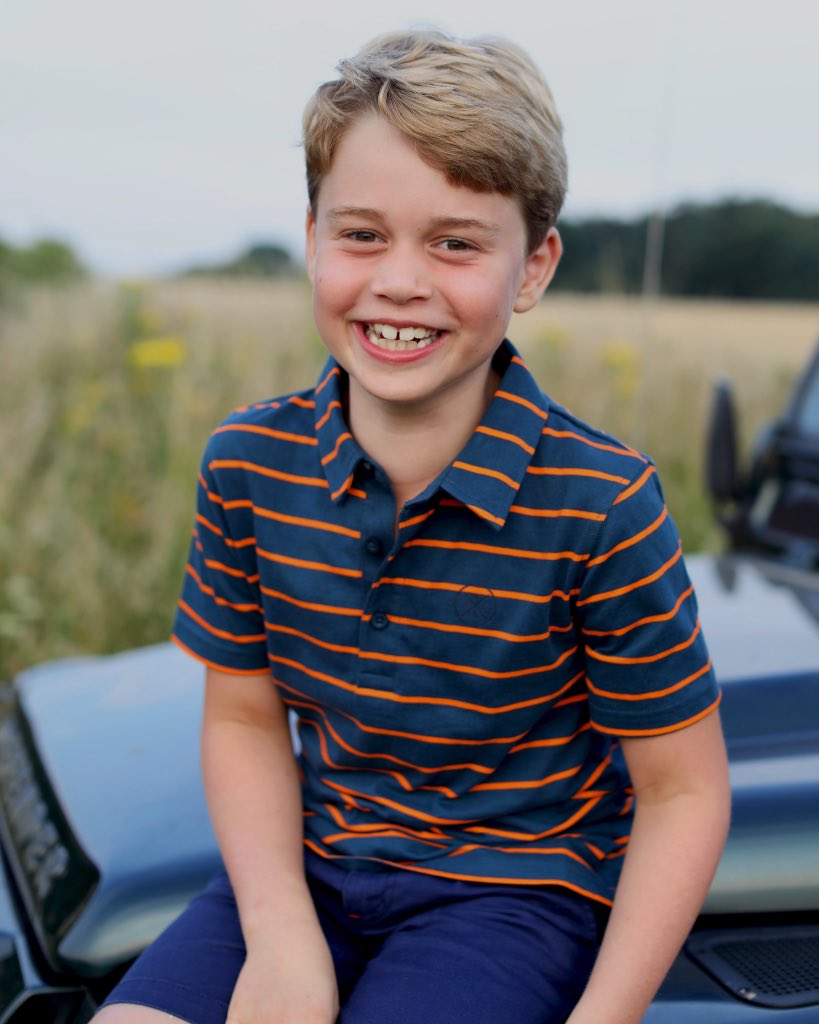 Prince George photographed by his mother, the Duchess of Cambridge, on his 8th birthday. Image Courtesy of Kensington Palace Twitter

He cheered England to victory against Germany in a 2020 UEFA European Football Championship match at the stadium in late June and attended the final, which also took place at Wembley, earlier this month.

Young George is said to be a major soccer fan, which should come as no surprise given his father’s role as president of England’s Football Association.

England’s 2-1 victory against Germany in June took the national team into the quarter finals and gave the country, which remains in the grip of social restrictions, a much-needed boost. The England team eventually lost to Italy in a penalty shootout.

The bells are set to ring at Westminster Abbey to mark the prince’s birthday, a longstanding royal tradition. The bell-ringing was cancelled last year due to lockdown and social distancing restrictions resulting from COVID-19.

The last time Prince George heard the bells ring in his honor was on his sixth birthday two years ago.

According to British press reports, the Central Council of Church Bell Ringers (CCCBR) has released its latest guidance for bell ringing and it is one again allowed, in a well-ventilated setting.