BHPian Omkar recently shared this with other enthusiasts.

It was the 2019 Team-BHP Car of the Year and that should give you an idea of how popular and loved the Kia Seltos has been in the Indian market. Kia hit a debut homerun with the Seltos and they’ve never looked back since. The strategy with the Seltos was that it offered something for everyone. If you were a sedate driver who wanted a smooth automatic for the city, they had the 1.5L NA petrol CVT. If you were more of a highway driver munching miles, the Seltos had a 1.5 diesel engine. And if you were bitten by the enthusiast bug, they had a 138 BHP 1.4-litre turbocharged petrol motor with a dual-clutch automatic gearbox and a 6-speed manual too. Even when it came to features, it was a kerfuffle, but they had almost everything. I remember going through the brochure for almost 45 minutes to try and fully understand the variant-wise feature distribution. So, just like it was at the time of launch, it is now in the used car market – something for everyone.

Things to watch out for in a used Kia Seltos

There’s good potential for a remap and plenty of people have done it already. Here’s an example of the 1.4-litre turbo-petrol engine remap which is claimed to produce 170 BHP and 250 Nm (related article). Engine maps are readily available for the 1.5 diesel as well. Great for a car that’s just 3 years old. Kia has sold over 3 lakh units in these 3 years and plenty of them have found their way to the used car market. Check out some examples on sale here. 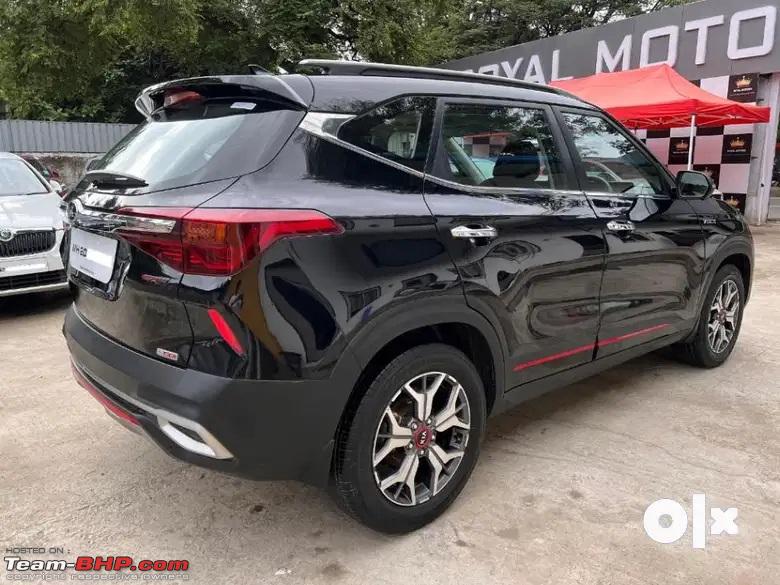 Here’s what GTO had to say on the matter:

I would & voted Yes. Because it is quite the all-rounder, has great powertrains and is still contemporary enough. Would prefer the Diesel AT above the Petrol DCT due to its robustness & efficiency. Mainly as a city commuter though, would avoid extended highway usage due to its GNCAP ratings.

Here’s what BHPian Shreyans_Jain had to say on the matter:

Between the poor safety ratings, the stiff ride quality, mediocre urban fuel economy and the generally inflated prices this car commands in the used car market, I see better options to be had for the money. I also have serious concerns over the long-term reliability of the turbo petrol engine and the DCT gearbox.

Overall, pre-owned buyers can expect a more wholesome ownership experience with the Gen 5 Honda City instead.

Here’s what BHPian Kosfactor had to say on the matter:

A complaint about Creta was that it wasn’t European enough! Seltos solved the problem.

I get to drive a base variant diesel MT often, I really like driving it. The amount of attention to detail in terms of drive train and refinement is amazing for the price.

If I were in this segment to purchase a vehicle, it would be my choice.

Here’s what BHPian CliffHanger had to say on the matter:

No. Though everything appeared well sorted and the interiors well appointed. I just couldn’t connect with the car and didn’t find it engaging to drive – an unsorted driving experience. Wouldn’t recommend it even for a new buy, unless someone is looking for just a reliable big hatchback.