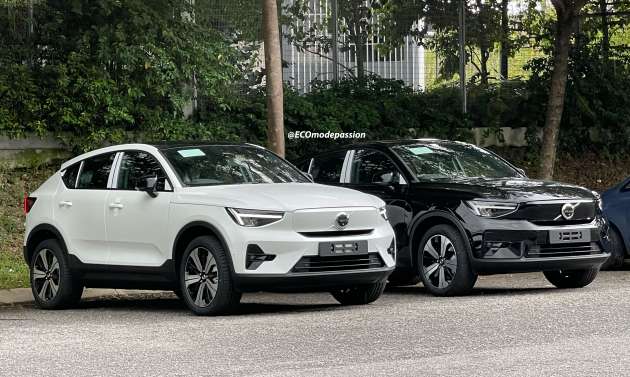 It’s basically a sportier, coupe version of the XC40. It has a more dynamic rear end, but retains the same face. The face you see here looks different from what we’re used to seeing on the XC40 that’s currently on Malaysian roads, but the XC40 facelift will share the same face as this C40. 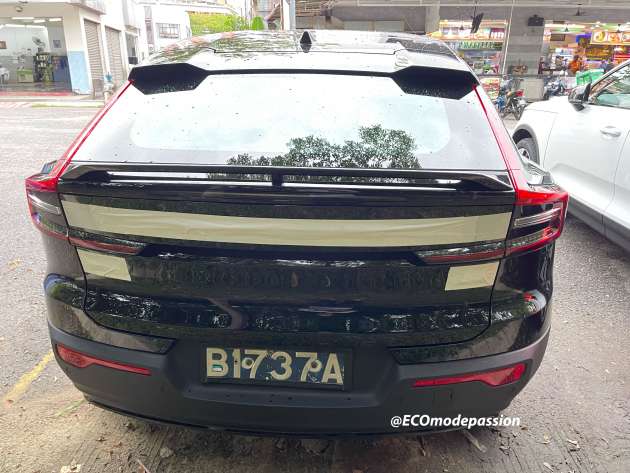 Although these C40 units have the badging on the rear taped up, it’s not hard to figure out that this is the electric dual motor all-wheel drive P8 model because it is the only model that the C40 is offered as currently, different from the XC40 which has both electric front wheel drive P6 and AWD P8 models as well as petrol and plug-in hybrid models.