Smokey and the Bandit is a cinema classic that has earned cult status among both moviegoers and car enthusiasts. It’s so popular that the movie still inspires automotive designers and tuners more than 40 years after its release, with the Screaming Chicken finding its way onto various makes and models over the years. The latest to wear the hood bird is a modified Chevrolet Silverado from Toyo Tires, which will debut at this year’s SEMA Show.

Based on the 2021 Silverado Crew Cab RST, the creation is a new take on the iconic Pontiac Trans Am from the movie that’s applied to a street truck configuration. However, the design goes much further than black paint and a gold decal. The pickup also features a widebody kit, gold accents, a lowered ride height, and what appears to be a small spoiler on the tailgate. Other visual upgrades include new wheels, Toyo Proxes ST III tires, and unspecified interior touches. 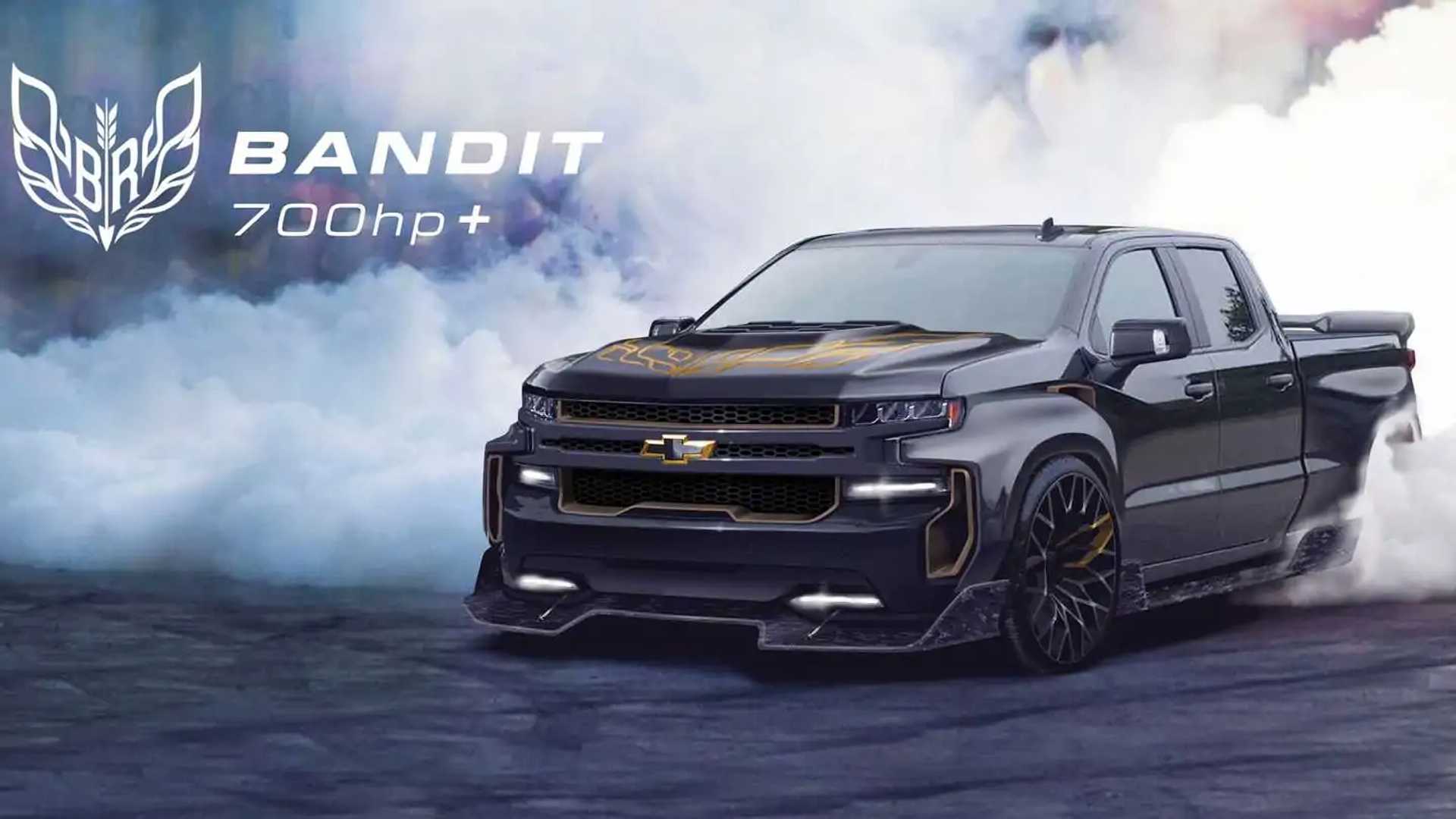 Under the hood is a tuned 5.3-liter V8 that produces 700 horsepower (521 kilowatts) thanks to its Magnunson DI supercharger, which breathes through a Magnaflow exhaust. Stopping all that power are Brembo-supplied monoblock eight-piston 4D brakes. Toyo Tires built the Smokey and the Bandit tribute truck in collaboration with Saleen and Legendary Concepts of Mt. Pleasant, Texas. The pickup, along with Toyo’s other reveals, will be on display at its Treadpass booth.

Toyo is heading to this year’s SEMA Show, which runs November 2-5, with 32 vehicles to debut, so the Silverado won’t be lonely. Other builds the company will display include a high-riding 1972 Chevy K5 Blazer that’d give the new Bronco the shivers, a modified DeLorean DMC-12, a 1,000-horsepower (745-kilowatt) Mazda RX-7, a 1986 Nissan Z, and a custom Lexus LC 500 Convertible. The Screaming Chicken should have no trouble sticking out from the crowded display.