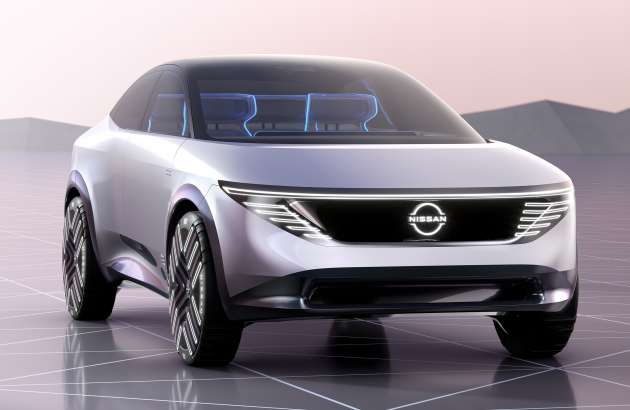 Earlier, you read about Nissan’s Ambition 2030 strategy, which outlines the accelerated electrification of the company’s lineup. Of course, business presentations can be pretty dry without some eye candy to get punters interested, so the Japanese carmaker also revealed four new concepts to help the public visualise the numbers and timelines that have been plotted out.

The car that’s closest to production is the Chill-Out, which previews a Juke-sized electric B-segment SUV that will sit below the Ariya. Like its larger sibling, it will be based on the electric version of the Common Modular Family (CMF-EV) platform and be available with e-4ORCE all-wheel drive using twin motors.

No technical details have been released just yet, but Auto Express reports that the car could use the smaller 63 kWh lithium-ion battery from the Ariya, in which it delivers a range of 450 km. Nissan says the car offers advanced safety technology and a “productive and comfortable interior space.”

Stylistically, the Chill-Out shares some of its design cues with the Ariya, including the V-shaped front end, simple horizontal shoulder crease, rising beltline and black roof. There are a few unique details, however, such as the stacked headlights and a blacked-out rear panel with vertical and horizontal taillight clusters. The large black wheels feature an illuminated X pattern.

The other three cars are all centred around the Nissan EV Technology Vision, which looks beyond the Ariya and production Chill-Out. At its core is an all solid-state battery (ASSB), which Nissan says could become cost-competitive with petrol and diesel engines in the long run. The switch from a liquid to solid formulation is also expected to cut charging times by a third, making EVs a more viable proposition.

The ASSB forms part of a skateboard-like platform, which utilises miniaturised components to maximise packaging possibilities. This is demonstrated by the futuristic vehicles being displayed, the most interesting of which being the Max-Out. This is a convertible concept with seating that can morph to provide more seating if required, plus a low weight, a very low centre of gravity and the aforementioned e-4ORCE all-wheel drive. 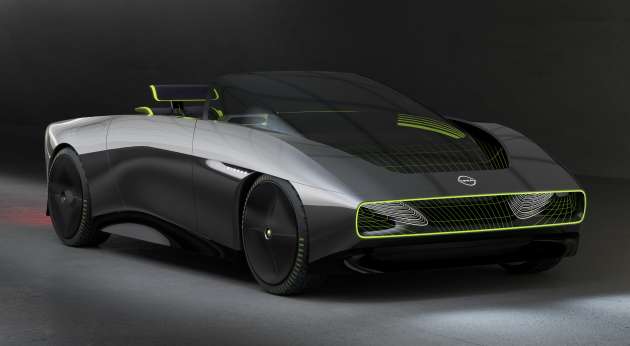 Nissan claims the car delivers a new driving experience thanks to its “superlative stability and comfort,” with dynamic cornering and steering response and minimal body roll enabling “a feeling of oneness with the car.”

The e-4ORCE system can also be tuned to offer considerable off-road capability, as shown in the Surf-Out pick-up. The skateboard architecture allows for a low and flat cargo space, a smooth ride on any terrain and a variety of power outputs for maximum flexibility.

But if it’s maximum space you’re after, then you might be better suited to the Hang-Out, an SUV concept with a completely flat floor from front to rear. This frees up space for a wide range of interior layouts that offer the “comfort of your living room in a mobile space,” where passengers will enjoy low noise, vibration and harshness (NVH) levels. The advanced ProPilot autonomous driving capabilities also allows users to enjoy movie nights on the go, says Nissan.

The company is aiming big with Ambition 2030, in which it plans to introduce 23 new electrified models – including 15 new battery electric vehicles – by 2030. Nissan wants to get 20 new e-Power range-extended EVs and full electric models on the market within the next five years and wants electrified cars to make up more than 75% of its European sales, 55% of Japanese sales and 40% of Chinese sales by 2026.

Nissan is also bullish about its battery technologies, promising to eliminate the use of cobalt and bring down the cost of batteries by 65% by 2028. The company will complete a pilot ASSB plant as early as 2024 and plans to increase overall global battery production to 52 GWh by 2026 (and 130 GWh by 2030). Localisated manufacturing and sourcing and an expansion of its EV36Zero EV hub in Sunderland, UK are also on the cards, and Nissan will also invest up to 20 billion yen (RM748 million) in charging infrastructure by 2026.