Mercedes’ trackside engineering director Andrew Shovlin says the team’s “wacky direction with the set-up” of the W12 may have been their downfall at the Styrian GP.

Mercedes were outdone by pace from Red Bull at the first of the two Red Bull Ring races, with Max Verstappen extending his lead in the Drivers’ Championship to 18 points over Lewis Hamilton.

The Dutchman took the chequered flag some 36s seconds ahead of the Mercedes driver, although Hamilton did come in for a late second stop to put on new tyres and take the fastest lap point to negate some of his losses in the points standings.

Team principal Toto Wolff was left scratching his head after the race, saying his team were “lacking the pace” to fight for a race win.

Shovlin believes that could be because they had gone with a “radical approach” to their set-up.

“We were exploring a fairly wacky direction with the set-up, a radical approach which I think was maybe a bit better on a single lap,” he told Autosport.

“The question that remains is whether we’ve hurt our degradation and we need to look at that in the next day or two.

“I don’t really want to go into details. Essentially, the window that we work in was much, much wider. We were sort of going further than we’ve ever gone, and just really understanding the effects of that.

“Lewis, before he came here, was doing a lot of work in the driver-in-loop simulator, and it looked like an interesting direction.

“But an important part of this year for us is adapting well to every track. We do need to be a bit brave and original with set-up direction to do that.” 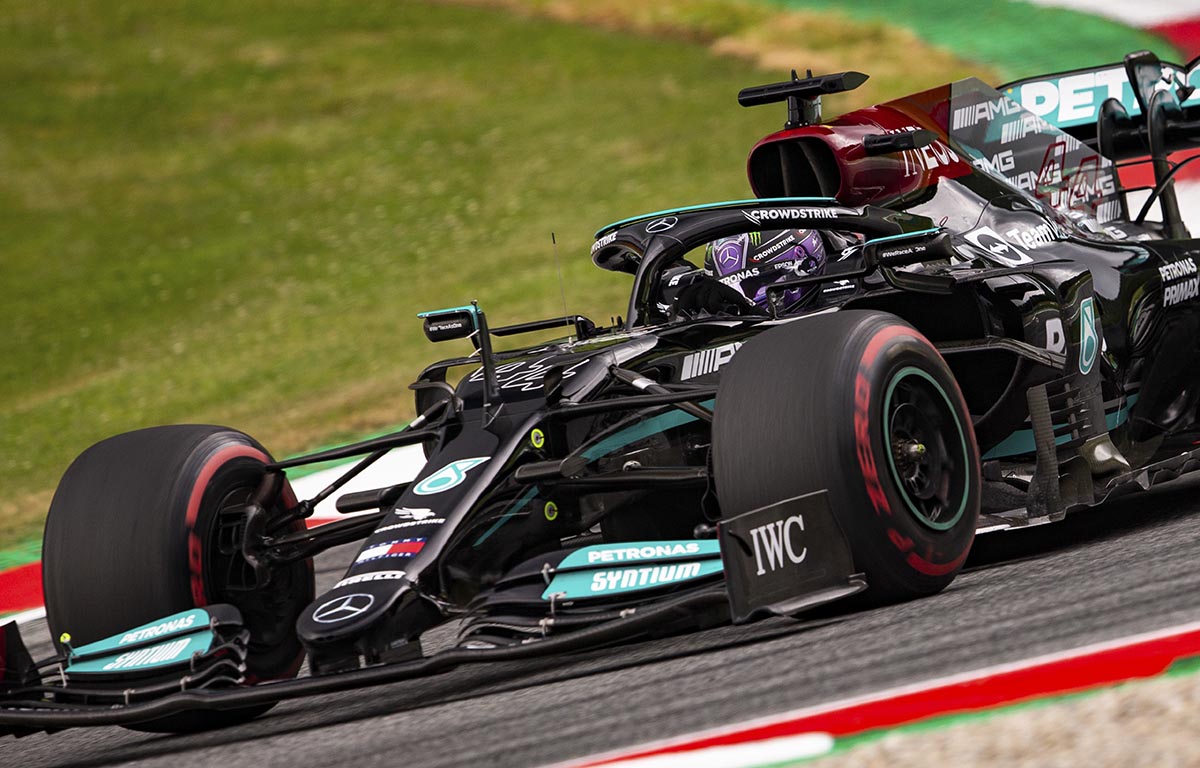 But while Hamilton, chasing his eighth World title, has called for upgrades to his W12, Shovlin feels that by getting the set-up right, Mercedes can challenge Red Bull at this weekend’s Austrian Grand Prix.

“One big area is understanding this set-up departure that we’ve taken, and whether or not that has made life more difficult for the rear tyres on the long run,” Shovlin said.

“Some of that we can just do by data. But we’ll see whether or not that is work that can carry into the Friday of the race weekend.

“But fundamentally, the car is very similar. There are additional challenges of extracting the grip out of that C5 compound, the very softest rubber, on a single lap. That might be quite challenging if it’s very hot here.

“The other thing is, we’re not looking for massive margins. I think we were down by a couple of tenths in the race, and there was a bit of degradation. But the solution to both of those problems might be the same thing.

“We’ll just try to get the rears running a bit cooler, and look after the rubber a bit better, and you may find that both of those things come our way.

“So we’ll focus on those areas, and it’ll just be a case of seeing if we can come back a bit stronger in a few days’ time.”