Strange though it feels to say, Millennials are possibly the last generation to understand the nostalgia for recurring radio shows. I may not have understood Lake Wobegon was a fictional place, but there was something comforting in knowing there’d always be a soft, friendly voice on the air the same hour each week. Radio, though, is a dying medium, one almost entirely supplanted by streaming music, subscription-model satellite radio, and even podcasts. One of the many casualties of this transition has been Japan’s long-running, ultra late-night broadcast for truckers sponsored by truck-maker Hino, which after its March 27 show pulled the plug on Hino Midnight Graffiti Hashire! Kayōkyoku.

Brought to our attention by Japanese Nostalgic Car, Hino Dynamic Scope Hashire! Kayōkyoku as it was initially called, launched in Nov. 1968 as a two-hour broadcast aired six times weekly from 3 a.m. to 5 a.m. Tuesday through Sunday. Treated more as a late-night Monday-through-Saturday show, the broadcast originally consisted largely of sentimental enka ballad tracks, strung together by a revolving cast of six female hosts who—rather than address a large, ethereal audience—spoke intimately to the lonely night-owl listener. 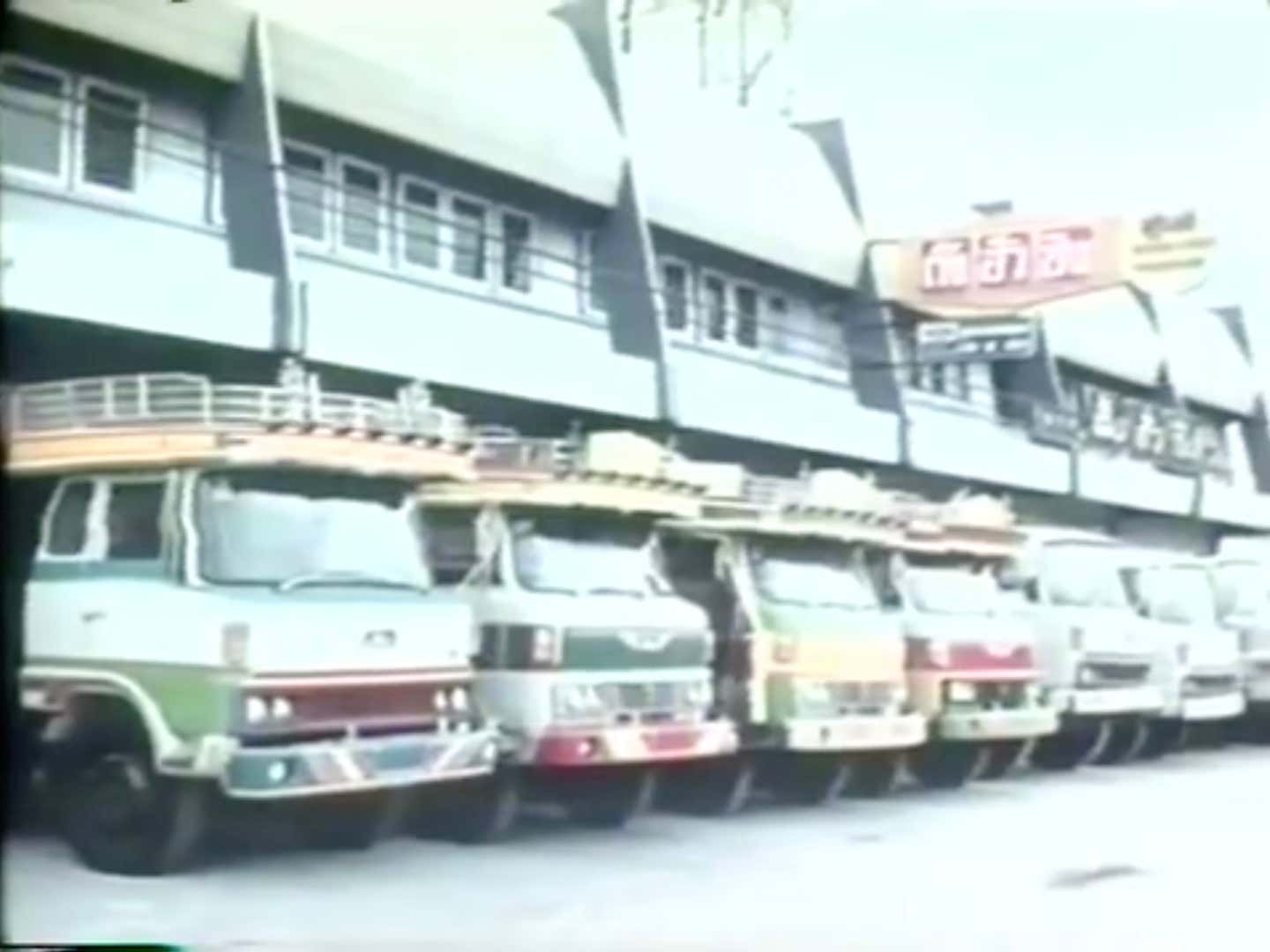 “The driver is driving alone,” a show guest was once instructed about setting the tone, as remembered in an interview in Daily Shincho. “I was told that the question to them [sic] was not ‘everyone’ but ‘you.’ I realized the importance of being close to the listeners.”

Though aimed at commercial drivers, Hino’s show reportedly attracted a cult following of other early risers, notably bakers and tofu shop employees. In time, programming ventured out into other relevant content, like traffic and weather reports, and predictably, Hino-branded segments. Hosts visited Hino dealers and service centers, provided updates on Hino’s progress in races like the Dakar Rally, and results for its corporate-sponsored rugby team the Red Dolphins. Listeners were reportedly sometimes treated sporadically to news segments, quiz shows, radio dramas, and highlights of tourist attractions along Japan’s roadways.

The show underwent significant evolution in the early 1990s, adding J-pop to its musical roster, and in April 1991 changing its name to Hino Midnight Graffiti Hashire! Kayōkyoku—which roughly translates to Hino Midnight Graffiti Run! Popular Music. This evolution may have been driven by competition with a rival program launched by Isuzu, which sponsored a competing show starting in 1974. In 2001, though, Isuzu tapped out, and though Hino’s show trucked on unchallenged by legacy media, it soon faced the bigger threat of a changing media environment.

Amidst what Hino spokespeople reportedly called “changes in driver preferences and the spread of smartphones,” an audit of the company’s advertising budget, and an airtime squeeze, the truck maker decided in late 2020 to pull the plug.

On Saturday, March 27, the final show aired. According to a translation of the final show’s playlist, Hino Midnight Graffiti Hashire! Kayōkyoku was played out on Momoe Yamaguchi’s 1980 single The Other Side of Goodbye, which we have embedded below in the show’s memoriam. Though we never caught Hino’s radio show while it was airing, it’s hard not to feel like we missed out on something. Hopefully, there’s a tape archive out there that’ll get the same rerun love as NPR’s Car Talk.

Got a tip or question for the author? You can reach them here: [email protected]