It comes with an extra Le Mans-spec Ford GT engine.

At the beginning of 2021, top tire slayer and all-around hoonigan Ken Block surprised fans and the motoring world by announcing the end of his decade-long partnership with Ford. In the six months since that announcement, we’ve seen several of his iconic gymkhana and rallycross cars go up for sale. Now, arguably the most desirable of the bunch is wearing a for sale sign, and it could be the most expensive F-150 of all time.

Yes, the Hoonitruck is on the market. To refresh your memory, this extremely custom 1977 Ford F-150 entered Block’s fleet back in 2018 and debuted at SEMA. It’s really a ’77 F-150 in appearance only, as the tube-framed truck is scratch-built from the ground up, including its aluminum body panels. Under the hood – and through the hood – is a 3.5-liter EcoBoost V6 pulled from a Ford GT Le Mans race car and massaged to make 914 horsepower (682 kilowatts). A Sadev six-speed gearbox powers all four wheels, but you know that because it ripped some positively epic powerslides and donuts in Gymkhana 10. 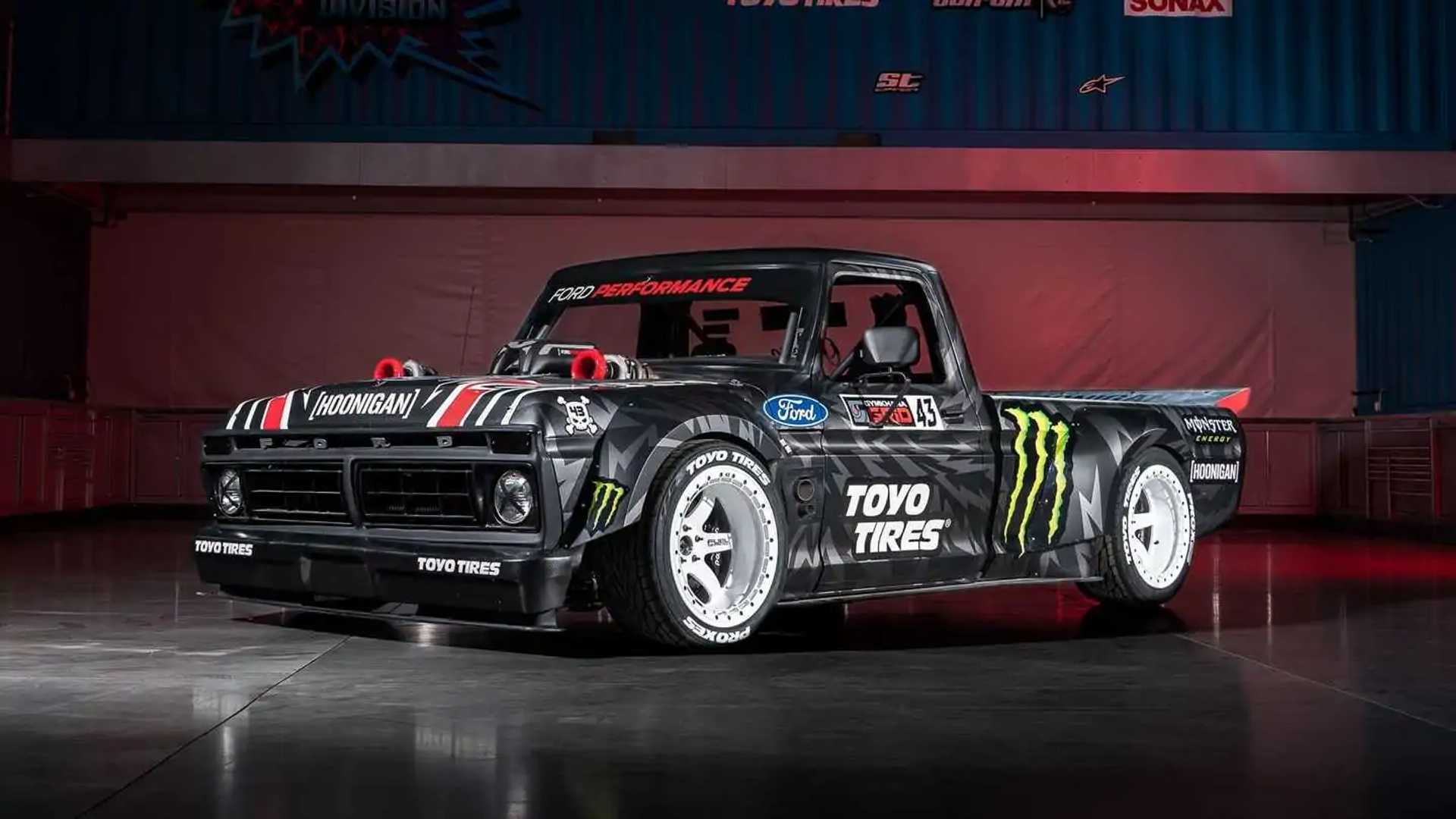 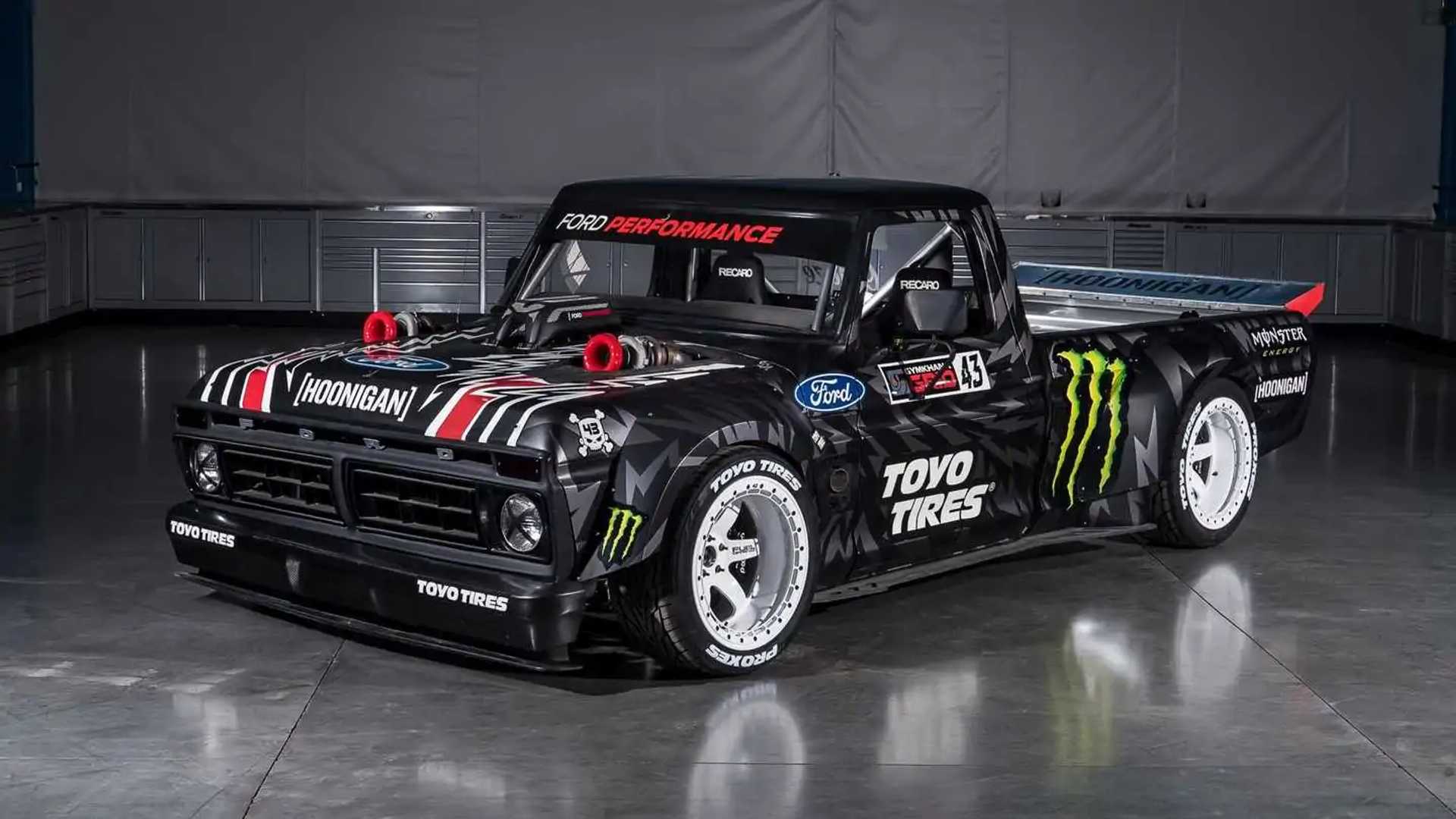 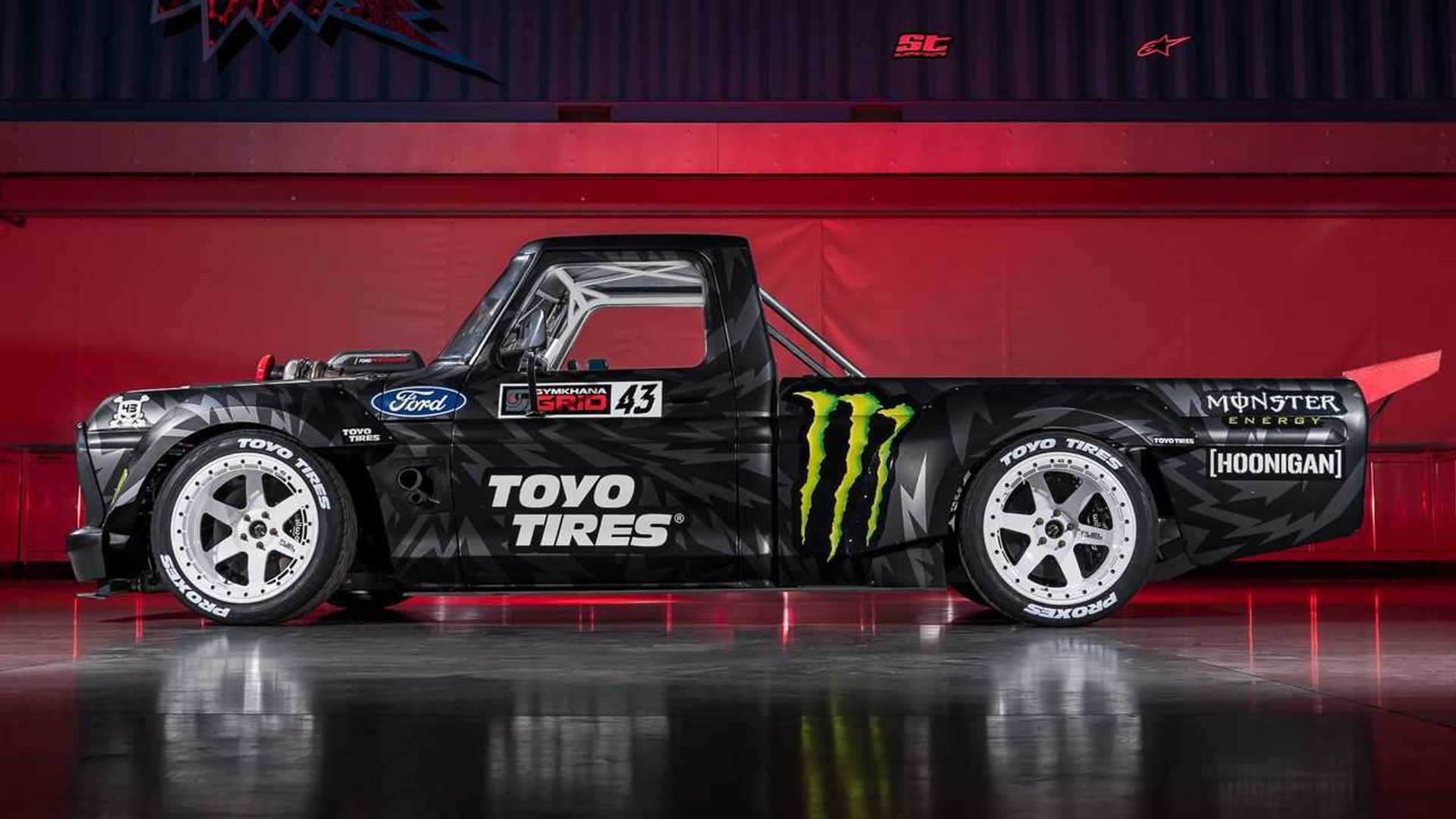 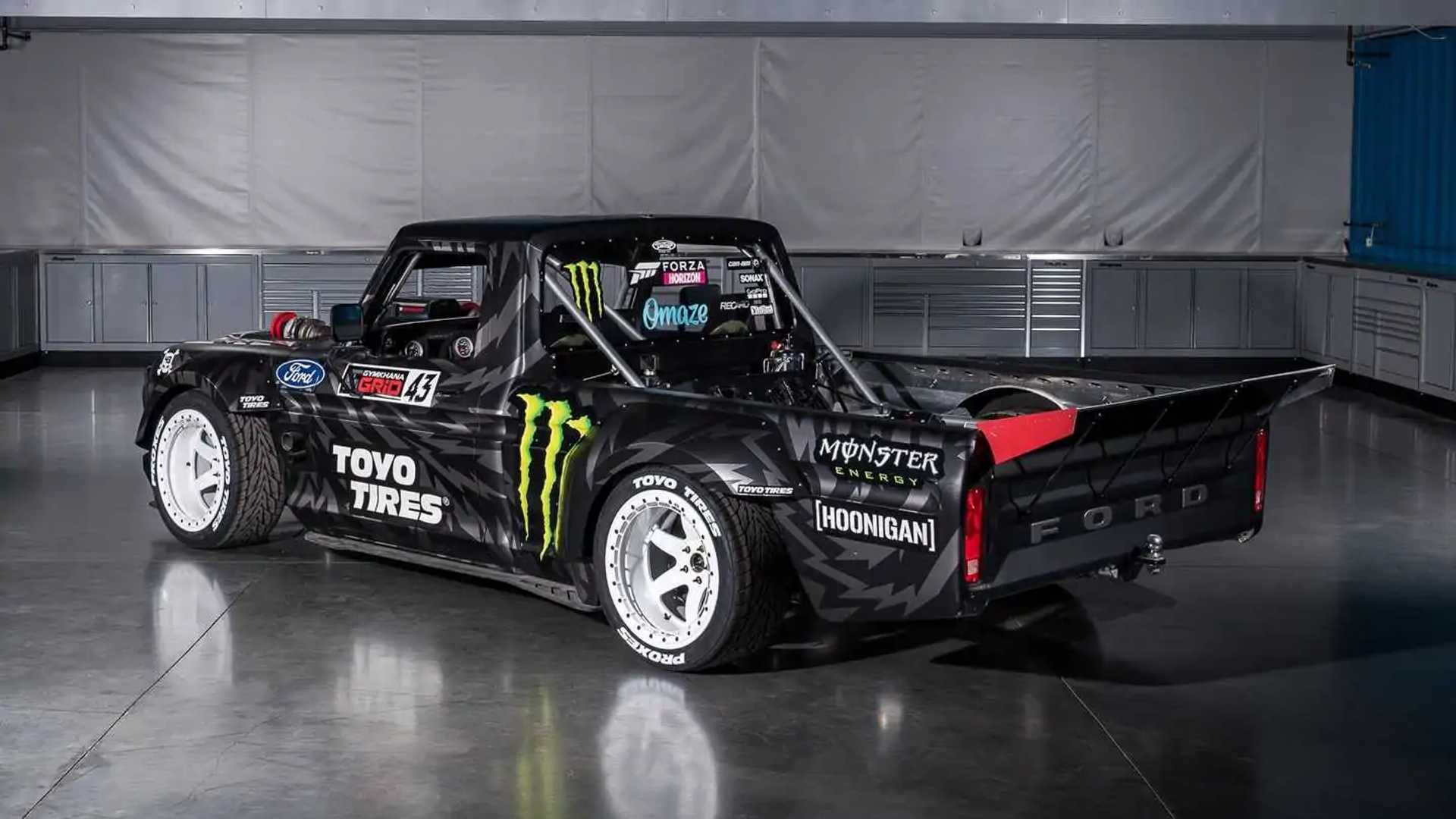 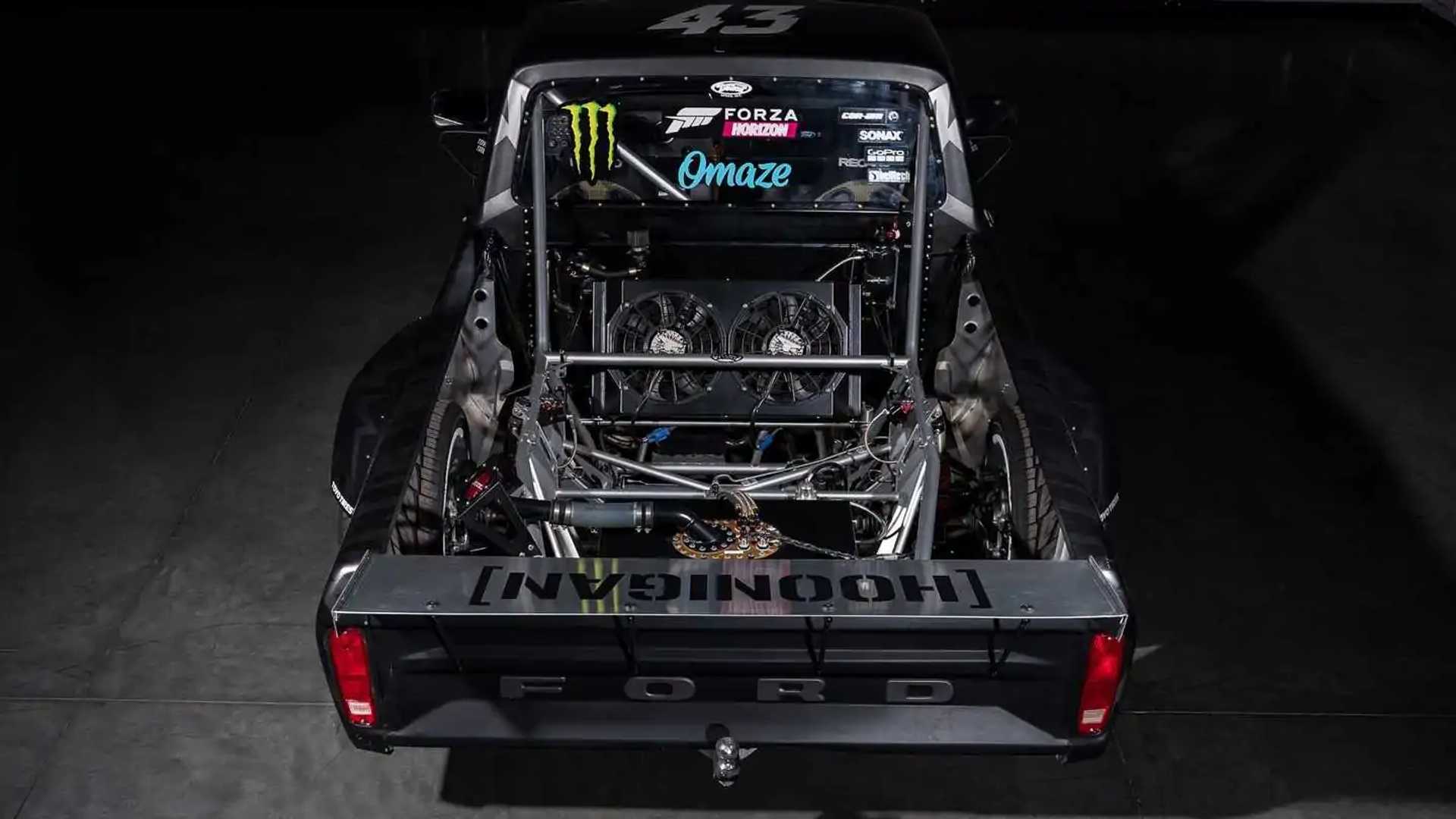 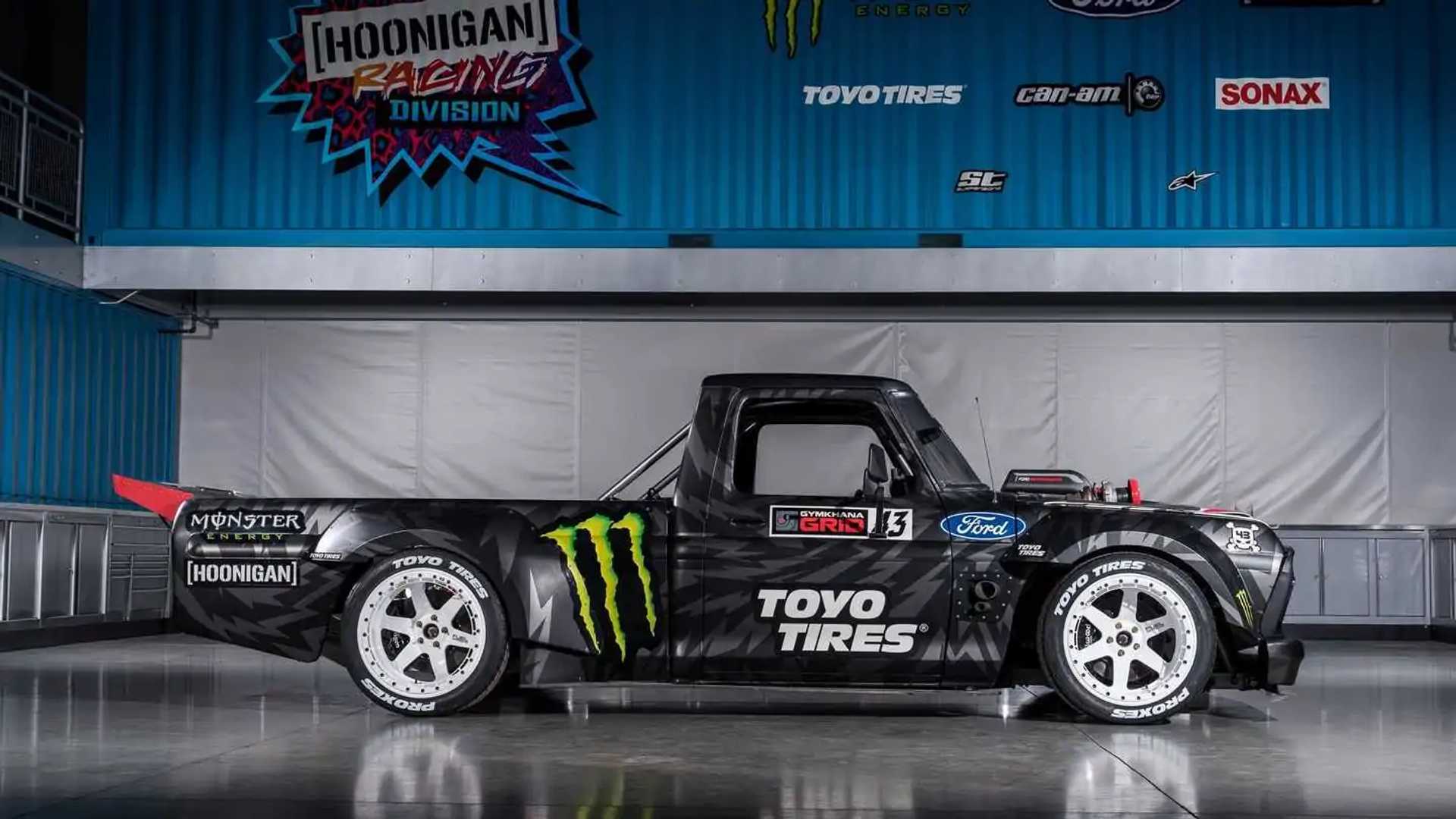 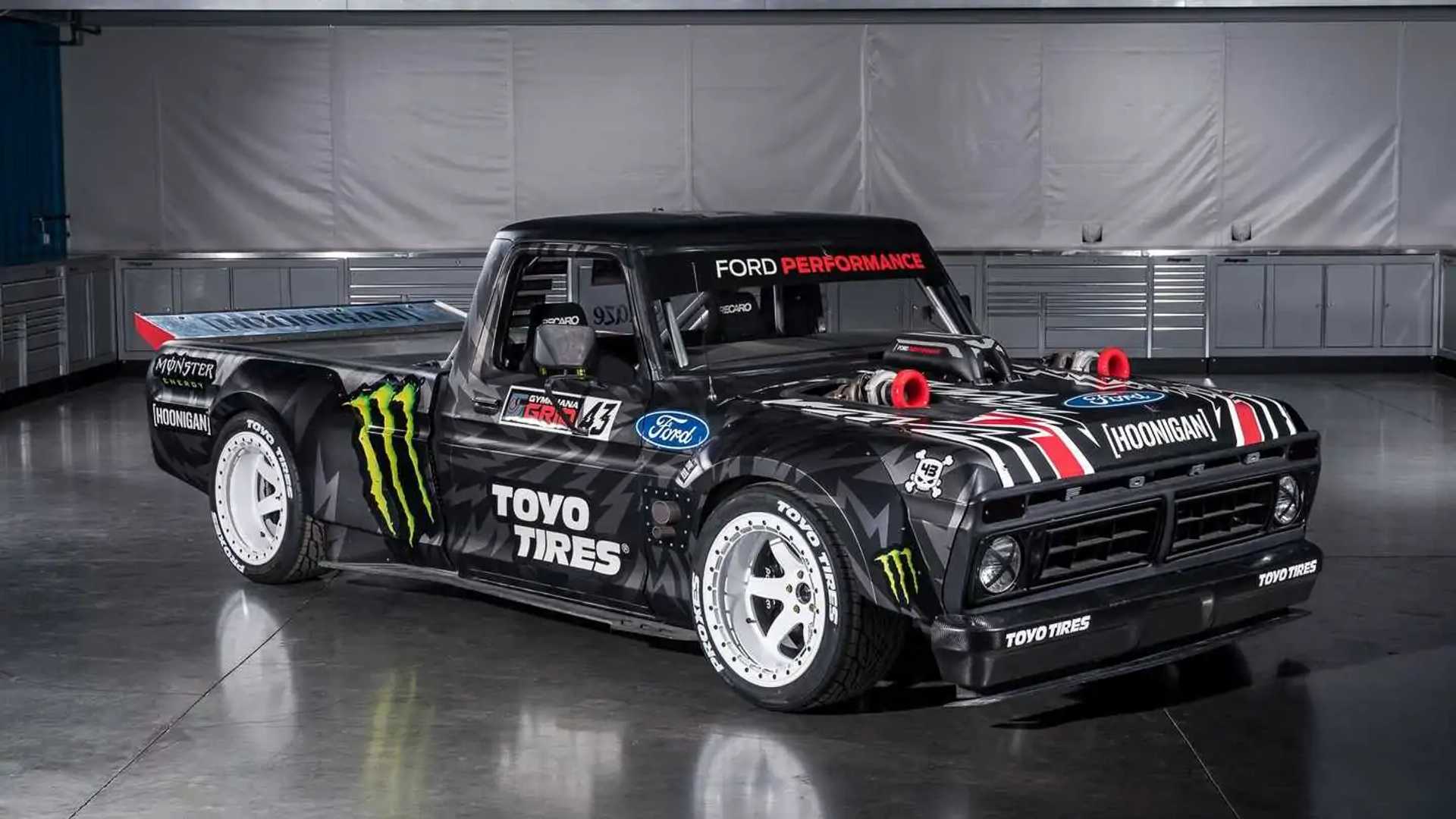 As with Block’s previous sales, LBI Limited is handling the transaction and the Hoonitruck is located at the exotic dealer’s showroom in Pontiac, Michigan. The asking price is $1.1 million, but that gets you more than just the famous truck. The listing includes a plethora of spare parts such as wheels, body panels, lights, suspension components, and perhaps the most interesting extra of all, a complete 3.5-liter V6 lifted from the Ford GT Le Mans program. We suspect that part alone would be of considerable worth to buyers.

There’s certainly no denying that, after a decade living and breathing Blue Oval machinery, Block seems to be stepping back from his Ford fleet. Presumably, the Fox Body Hoonifox Mustang project is dead, and the Hoonicorn Mustang stayed with Ford in the separation. In April 2021, Block returned to stage rally with Subaru, signing up for a series of American Rally Association events behind the wheel of a new WRX STI.