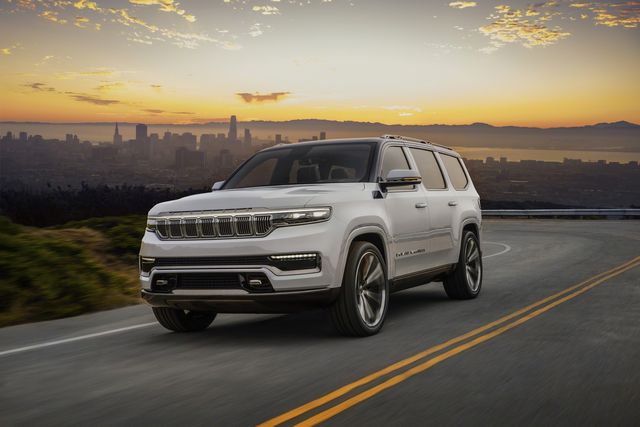 Ahead of the official reveal of its new Wagoneer and Grand Wagoneer, Jeep revealed that the Amazon Fire TV service will be integrated into the SUVs. According to the automaker, the system will work exactly like your Amazon Fire TV at home and use your account. This is the only logical end to the ever-growing infotainment screen wars—and will likely not be the only example of its kind.

If you’re wondering if this will distract drivers, that’s a valid concern. According to Jeep, the Uconnect screen will relay your favorite media only when the vehicle is in the park position. Otherwise, the media feeds to the screens in the rear and in front of the front passenger. Jeep says that a privacy filter will keep the driver’s wandering eye at bay, though only time will tell if that proves to be effective.

This certainly sounds like it could make lives easier for families on road trips. It also could further distract drivers as they find workarounds for the manufacturer’s preventative measures.

We’re interested to see how exactly these screens are built into the Wagoneer and Grand Wagoneer when they make their respective debuts on March 11. We’re sure that this won’t be the only vehicle slated for Amazon Fire TV headed down the pipeline, and we can expect competing services to start making waves in years to come.

Will television shows and movies make drivers more distracted? Do you want TV in your car? Let us know what you think in the comments below.