It’s no secret that Hyundai has been making big moves in the auto industry lately. Along with sister brands Kia,
Genesis, and now Ioniq—a new all-electric moniker—the Korean automaker clearly has plans for the future. One of those plans is electrified versions of its Genesis line of luxury vehicles, and today we got a small peek at one of them thanks to autoTRADER.ca.

The vehicle in question appears to be an electrified version of the Genesis G80 sedan. As you can tell from a brief video posted to autoTRADER.ca’s
YouTube channel, not much is discernable on the vehicle due to the heavy camouflage. However, there are a few things that are clearly visible. 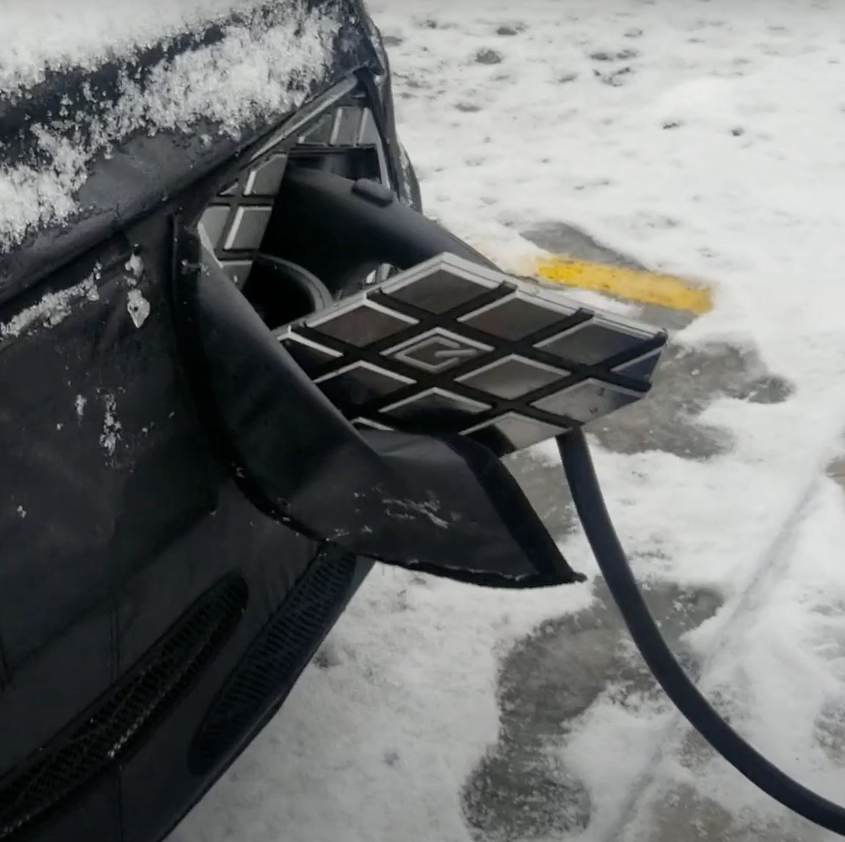 The first is obvious—there’s a big charging cable sticking out of the car’s nose. The second is that the conventional radiator grille has been replaced with a solid-patterned cover-plate bearing a modified version of the Genesis logo. Instead of the normal “G” set within a winged crest, the G now appears to be in the style of an electronic device’s on/off button, a clever way to show this vehicle is now electrified. It appears that the new logo is likely also be backlit as well, judging by the soft white translucent plastic it’s made out of.

A further walk-around of the vehicle in the video reveals little else due to the level of camouflage, but we can tell that, at the very least, the G80s basic lines haven’t been altered as a part of its electrification. It’s also still riding on stock G80 wheels, so no styling changes have arrived there as of yet. It’s likely that this vehicle is something of a test mule anyway, so a change like that wouldn’t be seen here.

We’ve seen another electric G80 mule testing at the Nurburgring before, but we knew as little about it then as we do now. Obviously, if this mule is a fully electric version, it ditches the car’s current twin-turbocharged 3.5-liter V6, but not much else is known about the drivetrain beyond that. It’s likely that, since this vehicle was built originally as a gasoline-powered car, the electric range may not be extremely impressive, similar to Ford’s electric Transit Van. But then again, Hyundai does have a modular electric platform in the works, perhaps it’s been modified for use here.

In any case, if Hyundai wants to be competitive in the EV space (much like Ford and GM), it’s going to have to hit the ground running. To that point, it claims that it will be releasing 11 BEVs in the next five years. What we’re seeing here is likely one of them.