California Governor Gavin Newsom has signed legislation that aims to ban the sale of gas-powered lawn equipment, generators, and other small engines designed for off-road use.

This new law builds from the executive order signed by Newsom in 2020 that bans the sale of new passenger cars powered by internal combustion engines in 2035. In the same order, Newsom calls for “100 percent zero-emission off-road vehicles and equipment,” the phaseout of which must now be road mapped by the California Air Resources Board (CARB) in 2022 and officially put in place by 2024. 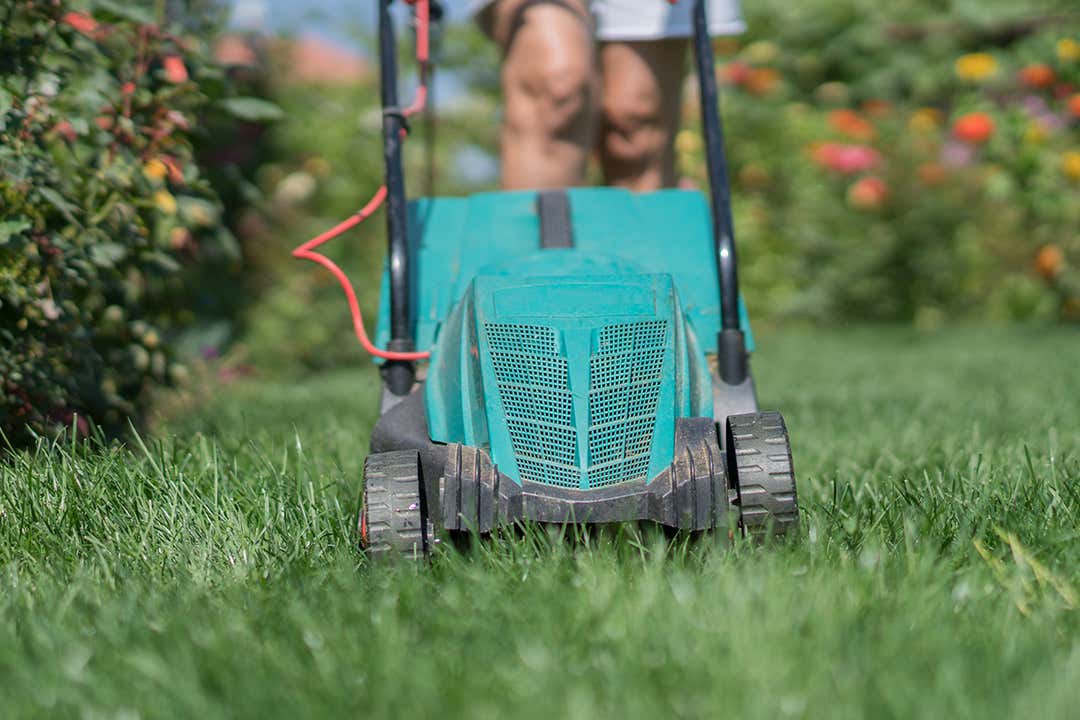 The text of the signed bill specifically calls for the banning of small off-road engines (SORE), calling out emergency response equipment and generators as well as both residential and commercial lawn equipment.

However, the SORE category expands past the named items. CARB officially defines SOREs as off-road spark-ignition engines that produce 25 horsepower or less. Other equipment examples given by the board include industrial, logging, golf carts, and specialty vehicles. It’s not yet clear how this will affect small off-road recreational and sport vehicles like ATVs and dirt bikes, though most exceed that 25-hp threshold.

“Small gas engines are not only bad for our environment and contributing to our climate crisis, they can cause asthma and other health issues for workers who use them,” said Assemblywoman Lorena Gonzalez, a co-sponsor of the bill. “It’s time we phased out these super polluters, and help small landscaping businesses transition to cleaner alternatives.” 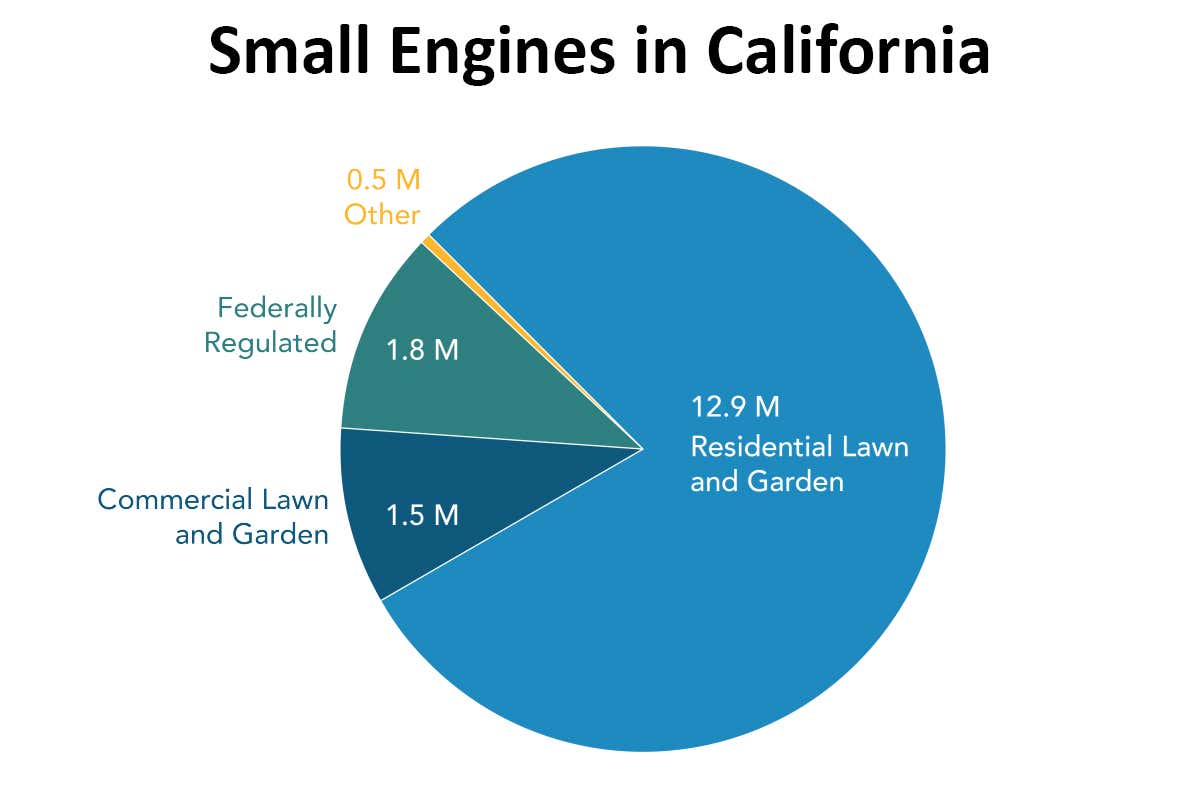 There are currently 16.7 million small engines in California, according to a fact sheet supplied by CARB. That’s significantly more than the state’s fleet of 13.7 million passenger vehicles. Approximately 77 percent is made up of residential lawn and garden equipment, while federally regulated construction and farming machinery make up 11 percent. The remaining 9 percent is attributed to commercial lawn and garden, which may be hit hardest by this legislation.

These fleets of small engines are responsible for a substantial amount of the state’s emissions. In fact, CARB says that running a leaf blower for an hour is equivalent to driving a 2017 Toyota Camry for 1,100 miles.

Marc Berman, author of the legislation, recognizes that the transition to battery-powered equipment will be a hardship for some small businesses. He says that California will pledge approximately $30 million to aid commercial businesses, but given that there are around 50,000 outfits in the state that’ll be affected by the change, that works out to around $600 each.

According to financial figures supplied to the Los Angeles Times by Andrew Bray, vice president of government relations for the National Association of Landscape Professionals, that simply isn’t enough. A gasoline-powered commercial riding mower could cost a business anywhere from $7,000 to $11,000, while the zero-emissions equivalents often cost more than twice that.

Equipment cost aside, there are also logistical concerns. For example, Bray believes that a three-person crew would need to carry as many as 40 fully-charged batteries to complete a full day’s work. Additionally, these small companies may even need to upgrade their workshops to handle the daily charging of this equipment.

Legislators have their concerns as well. Given California’s history of brownouts and power grid problems, some lawmakers like Senator Brian Dahle say that banning critical fuel-based power backup mechanisms like generators makes no sense.

“[Fuel] is very sustainable. It’s easy to access. And when the power is off, you can still use it,” said Dahle. “You can still run a generator to keep your freezer going, to keep your medical devices going. But when your battery’s dead and there’s no power on, you have nothing.”

California will require that the ARB determine the regulations which will govern small engines no later than July 1, 2022. The adopted regulations will be put in place 18 months later on Jan. 1, 2024.

Got a tip or question for the author? Contact them directly: [email protected]