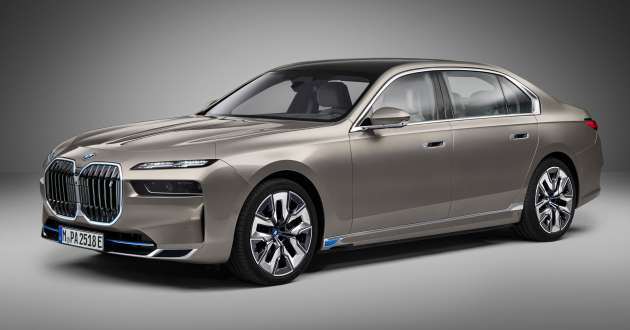 BMW has already announced its commitment to electric vehicles, as exemplified by the introduction of the iX, i4 and iX3. With the debut of the all-new, seventh-generation G70 7 Series, the German carmaker is adding another crucial model to its EV line-up, the i7.

The i7’s biggest rival is undoubtedly the Mercedes-Benz EQS, but unlike Stuttgart’s offering which is built on a on a dedicated EV platform, the i7 shares the same Cluster Architecture (CLAR) platform with the regular 7 Series range, which has been modified and improved for its latest application.

The CLAR platform was developed from the start to be modular and can accommodate a variety of powertrains, be it internal combustion engines, mild hybrids, plug-in hybrids or fully electric. In the case of the G70, all four powertrain types are offered, although their availability is highly dependent on the market the latest 7er is sold in.

If you want to find out more about the regular, non-EV 7 Series, we’re preparing a separate post for you to check out. Here, we’re focusing solely on the i7, which will first be offered worldwide as the xDrive60 before a future flagship variant, the M70 xDrive, arrives later in 2023, along with further variants. 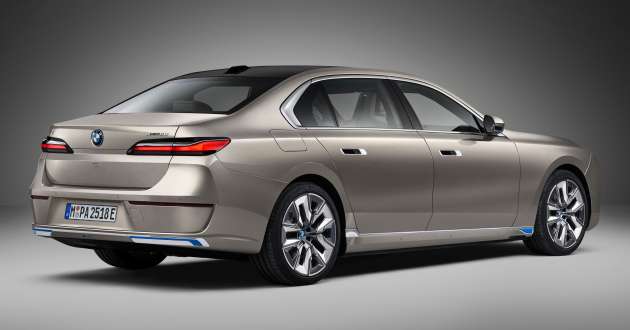 The i7 xDrive60 features an underfloor-mounted lithium-ion battery that operates on a 376.4-volt electrical architecture, is just 110 mm tall and has a net energy capacity of 101.7 kWh. This powers a pair of electric motors – one for each axle – providing the big limousine with all-wheel drive. 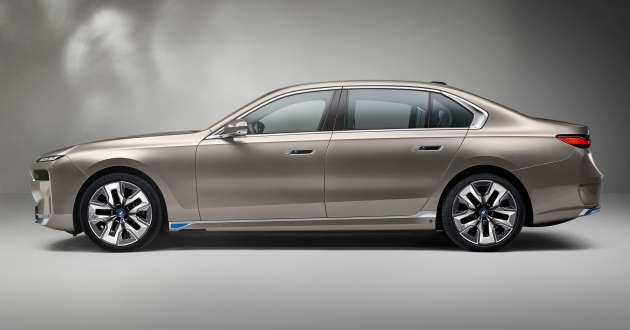 For charging, the i7 comes with a Combine Charging Unit (CCU) that allows for AC charging at a rate of up to 11 kW via a Type 2 connection, with a full charge taking about 9.5 hours. There’s also DC fast charging up to 195 kW with a CCS2 connection, which enables a 10-80% state of charge to be reached in just 34 minutes.

The battery can also be recharged with energy recuperation, and BMW says it has further honed the feature for the i7. Termed adaptive recuperation, BMW says its system allows the intensity of brake energy recuperation during overrun and braking to be automatically optimised for the road situation, using data from the navigation system and the driver assistance systems’ sensors.

For example, the level of recuperation can be increased when approaching a junction to feed energy back into the battery, while on the open road, the coasting function can take over so the car can “freewheel” with no drive power being sent to the electric motors, reducing consumption. 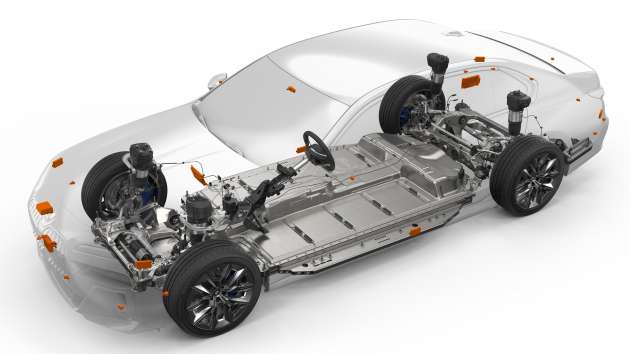 While adaptive recuperation is the default when the car is put into D, drivers can also manually choose the amount of brake regeneration via the iDrive menu, with the highest setting (automatically activated in B) resulting in one-pedal driving.

As with the other variants in the 7 Series line-up, the i7 features double wishbones up front and a five-link setup at the rear, both with adaptive air suspension and dampers. The i7 also has its own heat pump technology used in the integrated heating and cooling system for the cabin and drive system for better efficiency, including a dedicated 5.5-kW electric flow heater for the high-voltage battery.

We did mention that there will be an M70 xDrive in the future, and that variant will also sport dual motors, but with a lot more power. BMW says it will have over 600 PS (592 hp or 441 kW) and 1,000 Nm, making it the most powerful BMW model ever registered for road use, and will do the 0-100 km/h sprint in under four seconds. The M70 xDrive will take on the Mercedes-AMG EQS 53 4Matic+. 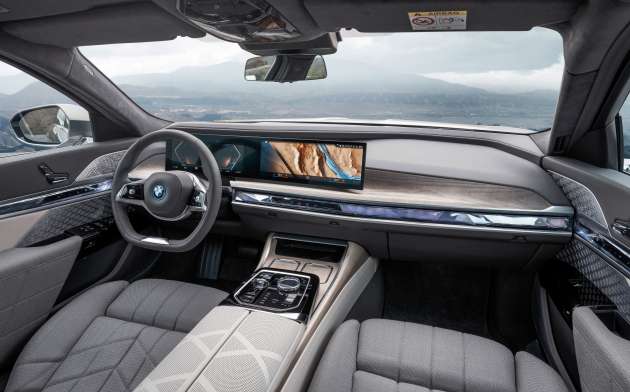 Styling-wise, the i7 is marked out from the rest of the 7 Series range by the blue accents on the lower portions of the front and rear aprons as well as the sides (rocker panels and wheel hub caps). The hue is also used on the outermost ring of the BMW badges, with other identifiers include the BMW i emblem on the largely closed-off grille and the “fuel” door opens to reveal the charging port.

Inside, you’ll find the same blue-ringed BMW badge on the steering wheel, slightly different “gear” selector text on the centre console and EV-specific displays. Beyond that, the interiors of the EV and non-EV versions are pretty much identical and can be trimmed and furnished to whatever levels of luxury a customer might want.

With all said and done, what do you think of BMW’s first fully electric 7 Series? Does the performance and range impress? Do you prefer it to the Mercedes-Benz EQS? Share your thoughts in the comments below.