The engineers started from scratch as not a single part is taken from the old SL or the GT Roadster.

With a few exceptions such as the Mazda MX-5 Miata and the oddball Volkswagen T-Roc Convertible, the mainstream convertible is pretty much dead. Even luxury marques are cutting down on the number of cabriolets as the popularity of the segment has significantly gone down in the last 10-15 years. Take for example Mercedes and its decision to retire the SLC due to dwindling sales.

The three-pointed star is also axing AMG GT Roadster and is making the next-generation SL sportier to fill that void while keeping the long-running Sport Leicht formula alive. Developed by the skilled folks from Affalterbach, a completely revamped SL is coming later this year. Today, a big piece of the puzzle is falling into place as Mercedes is showing off the roadster’s lightweight bodyshell. 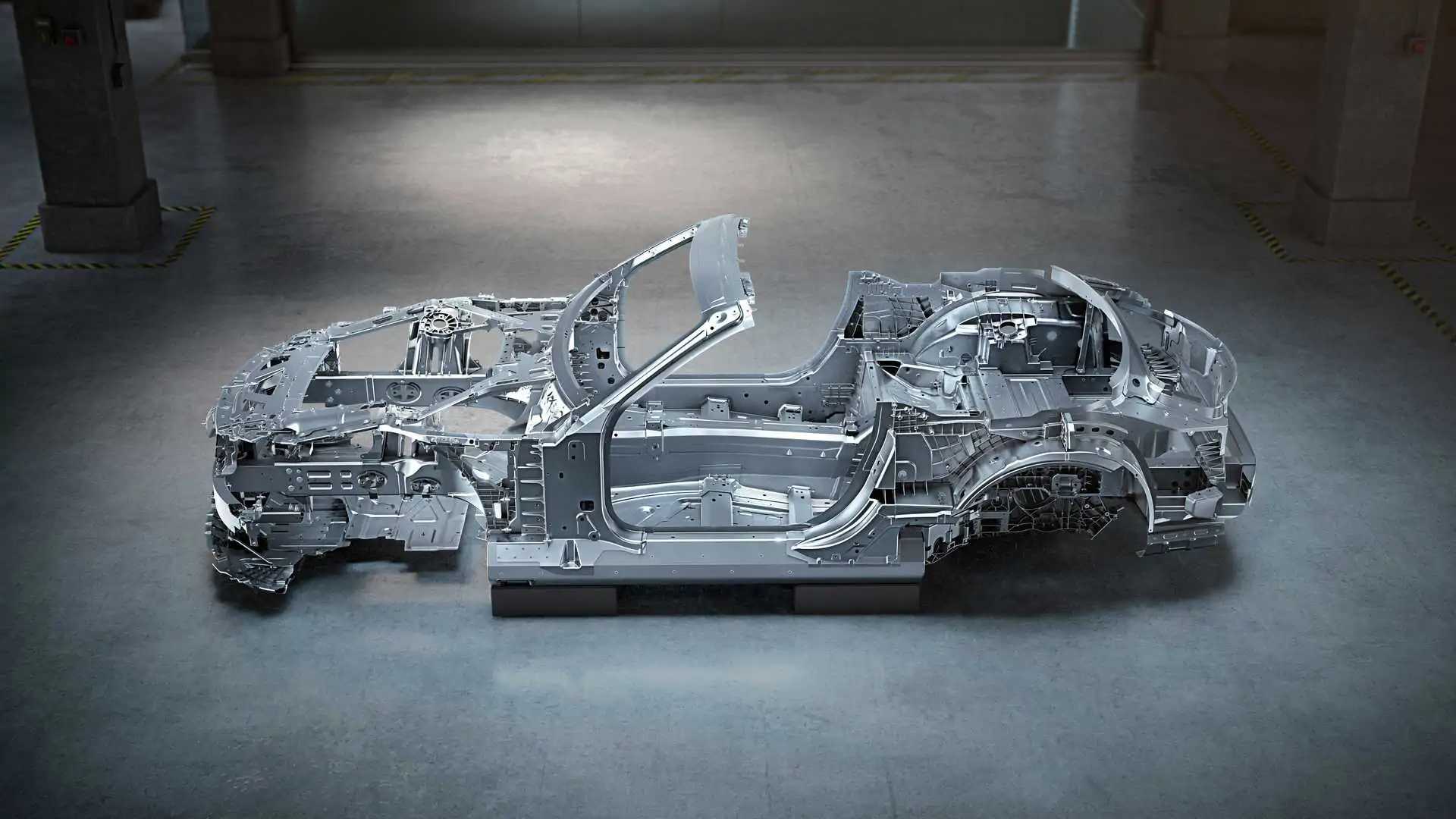 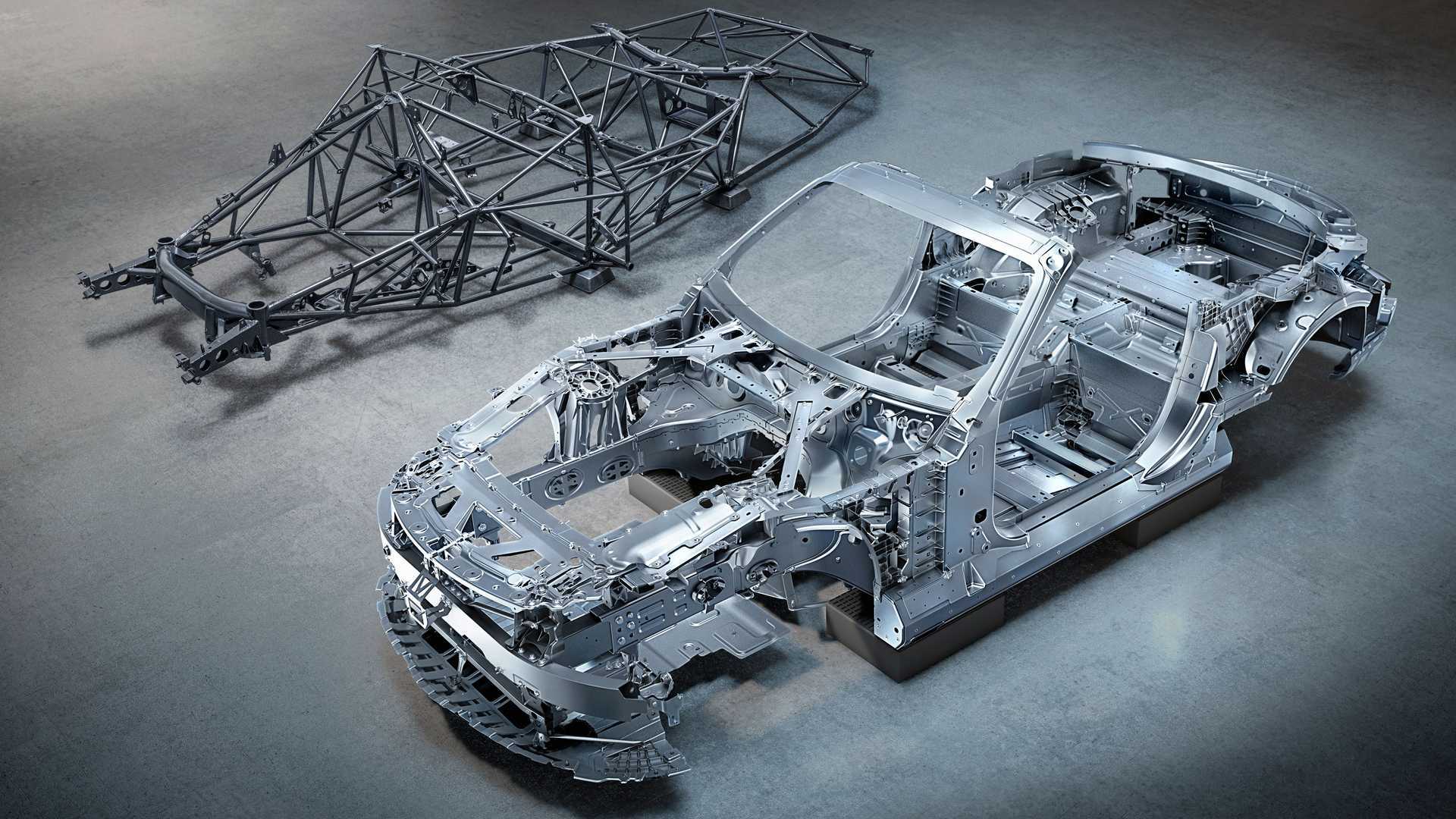 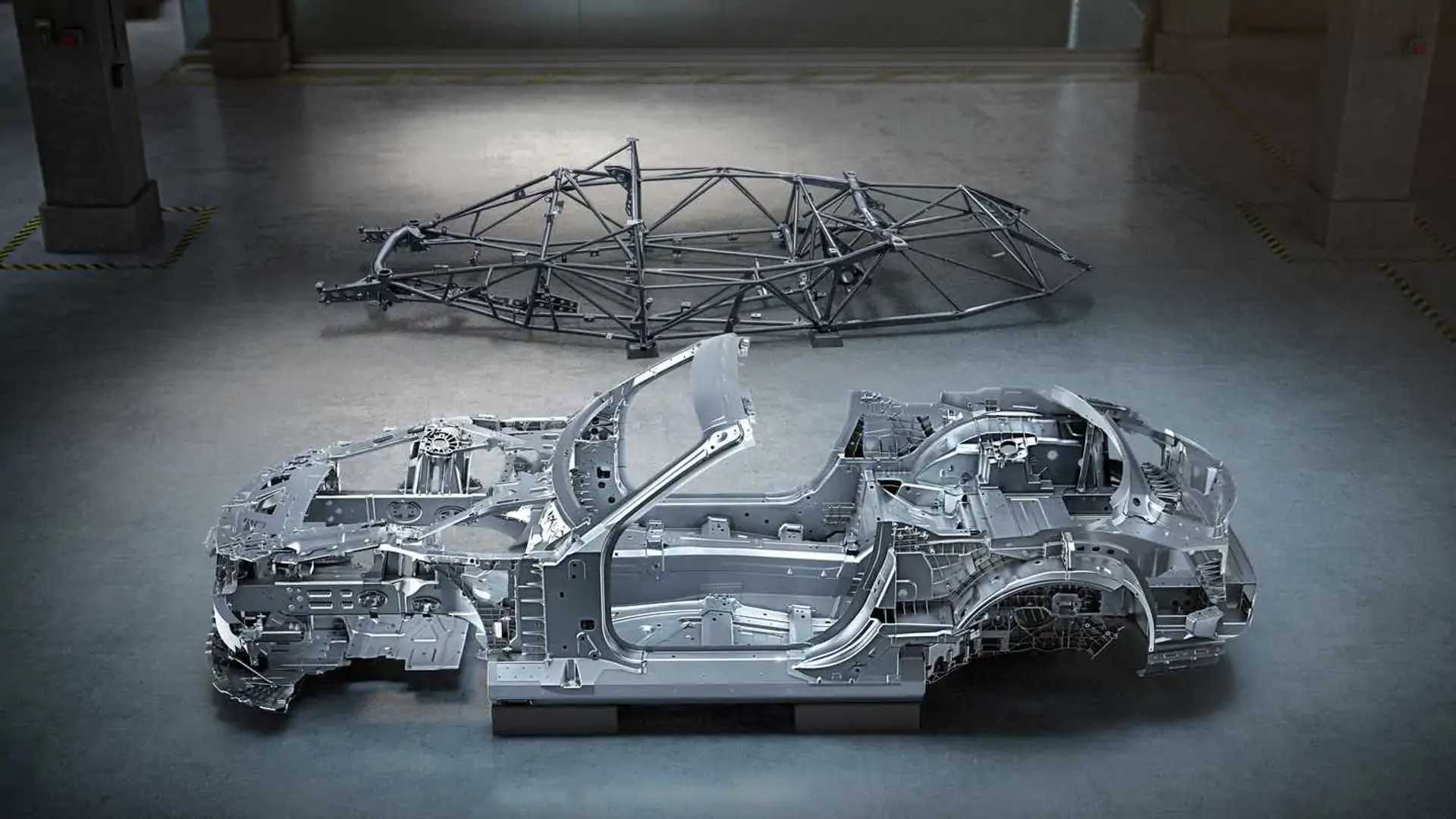 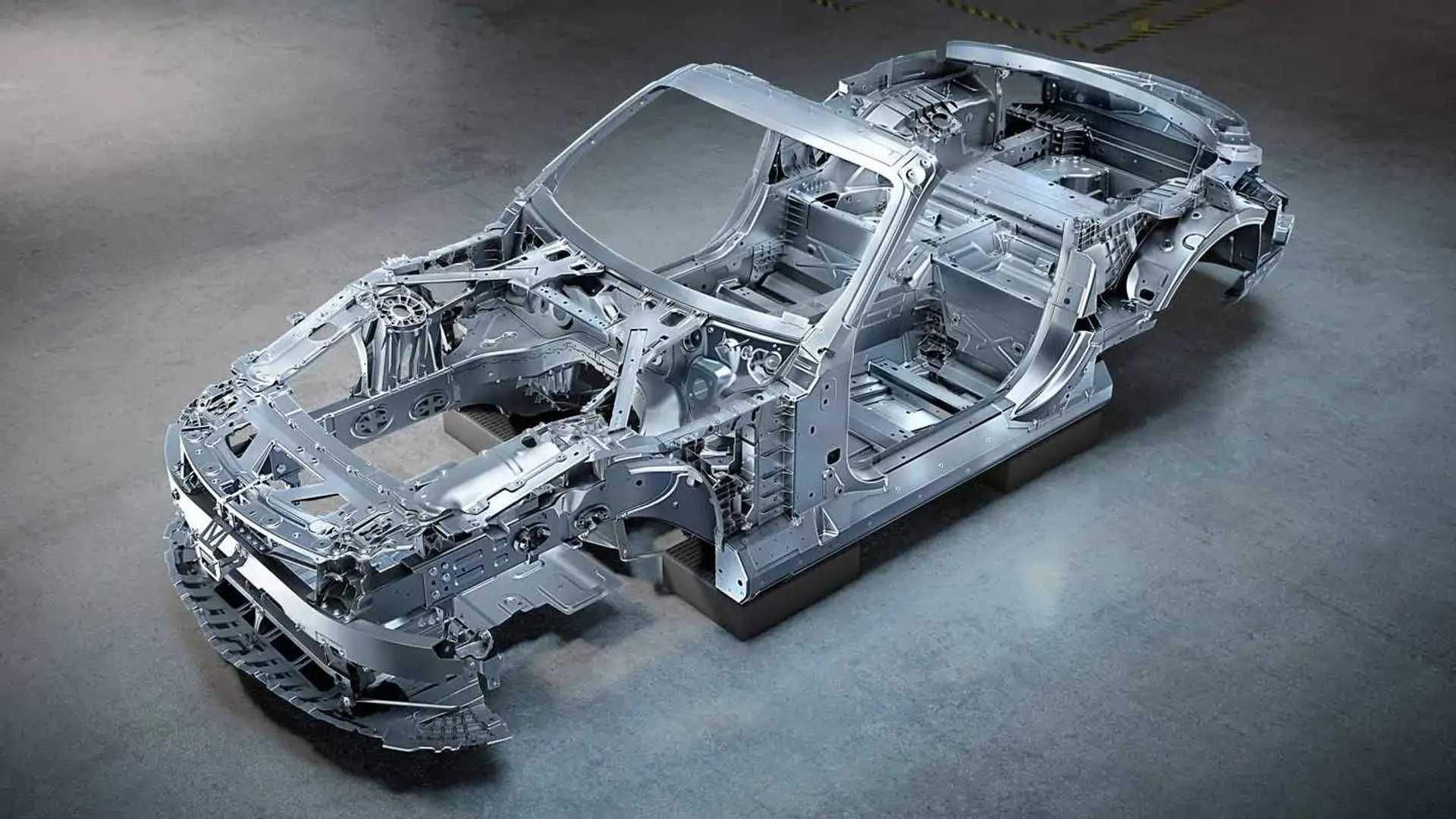 Mercedes explains having to create a 2+2 layout and also accommodate a wide variety of powertrain posed quite the challenge for the engineers. The end result is a combination of aluminum, steel, magnesium, and fiber composites to maximize rigidity and keep the weight in check. “Exceptional comfort and safety features” are being promised, along with a rollover protection system behind the rear seats that pops out “at lightning speed.”

Compared to the model it replaces, the new SL’s bodyshell structure has a torsional stiffness increased by 18 percent. The transverse rigidity is up by 50 percent compared to the AMG GT Roadster, with the longitudinal rigidity now being 40 percent higher. These improvements will pay dividends in terms of handling, and so will the lightweight bodyshell as it weighs only about 595 pounds (270 kilograms) excluding the doors, hood, trunk lid, and add-on assembly parts.

Mercedes-AMG goes on to say one of the main priorities during the development phase was to lower the center of gravity as much as possible. The new SL also has to comply with the company’s own crash requirements, which Mercedes mentions they’re stricter in some areas than the legal requirements.

That sounds like a lot of work, and yet pre-development took only three months and the engineering team needed less than three years to finish the project from the moment the car was approved for production. It will be built at the Bremen factory in Germany where the R231-generation SL was produced.