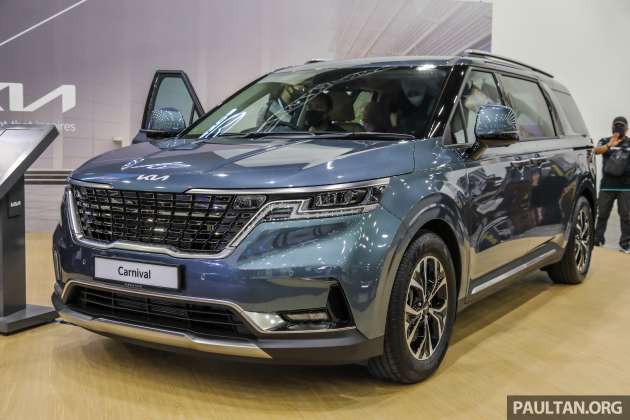 You’ve read about new Kia distributor Bermaz – synonymous with Mazda and now also handling Peugeot – planning to bring in the Kia EV6 electric car, the fifth-generation Kia Sportage SUV and the new Niro next year. That’s not all, because the CKD locally assembled Kia Carnival is set to debut in April 2022, according to Kenanga Research.

The previous estimate for the CKD Carnival was May 2022, shared by RHB Investment Research, so it’s thereabouts. Apparently, that’s five months after the original December 2021 target, a delay caused by the nationwide movement control order imposed to slow the spread of Covid-19.

Now, we’ve already seen the new Carnival from the local preview held earlier this month where they opened order books, but the launch of the initial CBU version is yet to happen. We already know that the fourth-generation MPV with arrive in 11-seater form, powered by a 2.2 litre diesel engine. The price is RM196,340 on-the-road without insurance, inclusive of the 50% SST exemption that’s in place till June 2022. 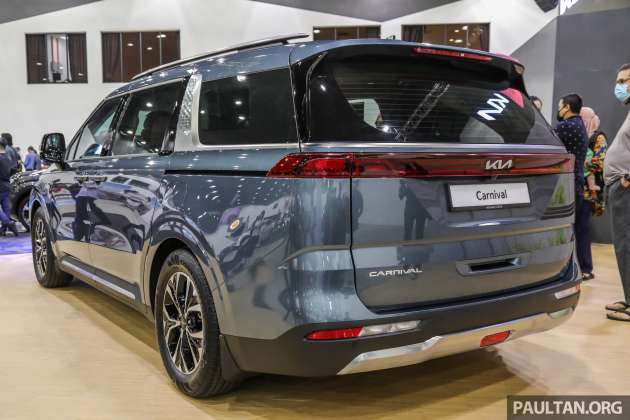 Why an 11-seater? Because this layout (2-3-3-3 formation) allows the MPV to be classified as a commercial vehicle, which attracts lower taxes. Under that long hood (for an MPV) is a 2.2 litre four-cylinder turbodiesel, which features a cast iron block instead of an aluminium one. The oil burner serves up 202 PS at 3,800 rpm and 441 Nm of torque from 1,750 to 2,750 rpm. The Smartstream D engine is paired with an eight-speed conventional automatic gearbox. 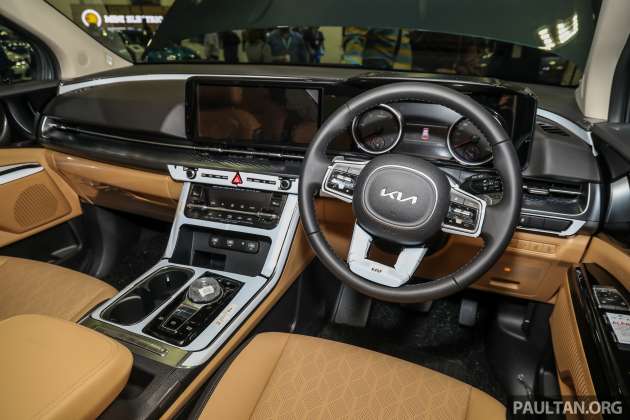 Usually, the difference in price and spec between the initial CBU and later CKD versions don’t differ by much, but there’s a chance to get more kit in the locally assembled car. In the handsome Kia Carnival’s case, we’ll find out in four to five months time.